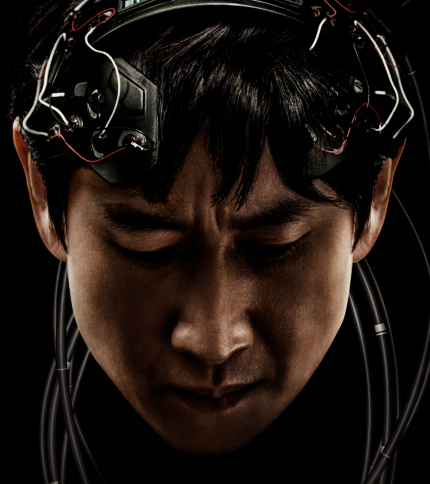 My colleagues cover Netflix and Shudder, so I spend much of my available time streaming new shows on Apple TV+, BritBox, Disney Plus, HBO Max, Hulu, Paramount Plus, Peacock, and Prime Video, as well as watching movies on the Criterion Channel and Midnight Pulp. (My wallet is exhausted at the end of the year.)

Always, I am acutely aware that there is more to watch, so I endeavor to sample as many new shows as possible, while also trying to catch up with anything good I may have missed. Nowadays, I lean more toward mysteries, science fiction, documentaries, and anything animated, though I'm continually drawn to movies and shows of any genre that tell a good story in a stylish manner.

Over the past year, these are the shows that I enjoyed the most, in reverse priority order.

(6) WandaVision
Now streaming on Disney Plus.

Daringly original in its concept and execution -- which is not something I'm accustomed to seeing from Marvel over the past 15 years -- the series, created by Jac Shaeffer, eventually makes clear its ties to the larger Marvel universe and becomes somewhat more ordinary. Until then, though, it's refreshing and even bracing in its fresh deconstruction of sitcoms, action shows, and comic book adaptations. Watch the entire series, if you can. It's rewarding viewing. [Read my review.]

Lately, Pablo Lorrain has divided critics over Spencer, but earlier in the year, the release of Lisey's Story, adapted by Stephen King from his own novel, better spotlighted Lorrain's talent for the marriage of story, characters, and images in a twisty story that plunged deeply into a pool of despair. Perhaps the series doesn't resonate for many viewers because they haven't suffered from periods of clinical depression; as someone who has, though, and survived to a better life, the series touched me deeply, and is spectacularly cinematic. [Read my review.]

Created by Jed Mercurio, the first five series were so remarkably tight and intense that I was compelled to subscribe to another streaming service just to watch the newest series earlier this year. The sixth season, still starring Martin Compston, Vicky McClure and Adrian Dunbar, continued the evolution of the leading characters, who have gradually changed over the years in their motives and motivations, and presented yet another daunting investigative challenge for them to solve. Essential TV.

(3) The Hunt for a Killer
Now streaming on Sundance Now.

An investigative series about a serial killer in Sweden that becomes increasingly gripping, I think this works so well, at least for me, because I couldn't figure out what was going to happen and how the investigators could possibly conquer the blockades placed in front of them by their clueless superiors. They did, though, eventually, and the superior performances, pacing, and direction make for a sterling show. [Read my review.]

The idea of an authorized anime series, in which Japanese creators make their own Star Wars mini-movies, is undeniably cool, though fraught with possible traps that are avoided entirely. Nine episodes were produced and all are awesome. Or, perhaps senility has set in upon me and I just don't know it. In any case, the shows are thrilling. [Read my review.]

Directed by Kim Jee-woon, the series initially strikes several familiar bells, then begins to manifest its own distinctive twists, quickly transforming into a superior and enveloping suspense-thriller. [Read my review.]

Do you feel this content is inappropriate or infringes upon your rights? Click here to report it, or see our DMCA policy.
Apple TV+BritBoxDisney PlusSundance NowUS