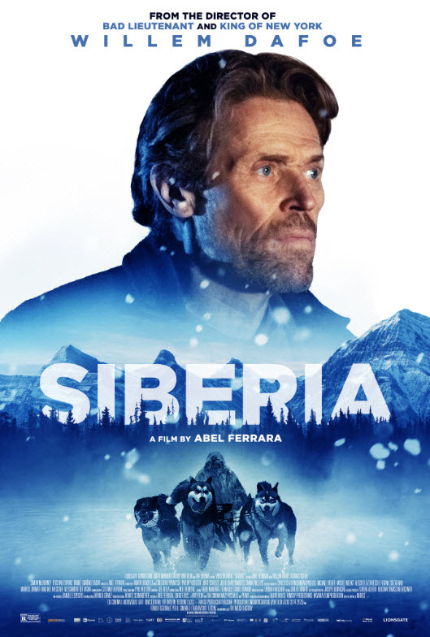 After his autobiopic Tommaso, Abel Ferrara returned on the festival circuit with a wackier project, led by his on-screen alter-ego Willem Dafoe.

Siberia was conceived after Ferrara's Pasolini biopic drama, followed by an unsuccessful attempt to bring the film back to life in 2015 via a Kickstarter campaign described as "$3m Jungian drama". Five years later, Willem Dafoe as Clint embarks on an inward spiritual quest across nowhere, anywhere and everywhere to the dark recesses of his identity.

Stationed in an isolated mountain cabin, tight-lipped Clint runs a simple pub, according to the chilly climate and the film's title, presumably, somewhere in Siberia. From the get-go, the little dialogue bears the perplexing ambivalence of cryptic language flirting with staged intellectualism, such as the instant when Clint is confronted with an idea that he can win an ancient arcade game by "a woodsman", he replies he does not play the game.

"I do not need to," says Clint, to which the woodsman retorts "But you can win". "I don't want to win," Clint reassures. "Why?" prods the woodsman. "Because I don't want to lose," Clint wraps up the travesty of a philosophical verbal exchange.

Abandon logic, all ye who enter Ferrara's Siberia, as it wrenches out of storytelling conventions to fully immerse itself in a stream-of-unconsciousness spectacle of symbols and an introspective, psychoanalytical, LSD, mind-bending trip. 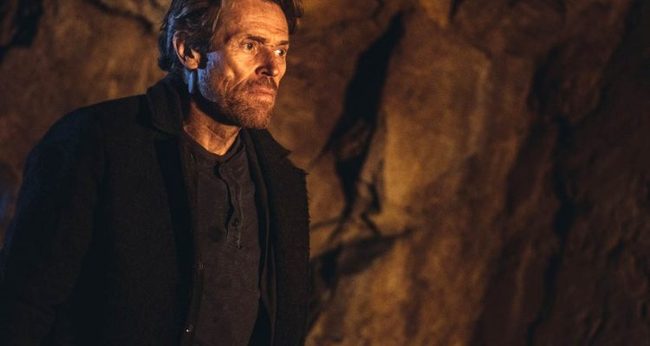 Weird things and surreal imagery abound, morsels of odd encounters torn out of fever dreams, visions and hallucinations directly from the subconscious warehouse of repressions, pathologies and uncategorizable miscellany. Confused yet tenacious Clint participates in a carnivalesque ride he might consider a spiritual journey to understand his life and himself.

Early on, the protagonist meets his shadow, a much more talkative twin sporting a dark sense of humor. Thereafter, Clint's father materializes in a dark cave, portrayed again by Dafoe, before Ferrara cranks up the weirdness, peppering the experience with transgressive, albeit gratuitous, imagery and symbolism. Punk meets surrealism as Clint clears out the crevices in the underworld of his own mind and past.

Ferrara co-wrote Siberia with Chris Zois, who participated as a screenwriter on Welcome to the New York, an author of short-term (and self-help) therapy techniques. Among the therapeutic principles, he is a proponent of "removing defenses, facing painful issues such as fear of intimacy, loss, long-term depression and sexual dysfunction", which is basically Siberia's blueprint.

Ferrara proclaimed that Jung's mysterious The Red Book served as document zero for the film, even though Siberia burns with a handful of notorious Freudian clichés. The New York Times Magazine described the The Red Book's story as: "Man skids into midlife and loses his soul. Man goes looking for soul. After a lot of instructive hardship and adventure -- taking place entirely in his head -- he finds it again." This is the single true synopsis of Siberia, if there needs to be one. A mental roller-coaster, in other words, induced and augmented by an existential crisis.

Given the heavy potential of Ferrara's autobiographical investment, many might consider Siberia a spiritual sequel to Tommaso. Those missing pages of the lead's phsyical and intellectual processes echo a fragmented, errant and mercurial mind of a psychotic, although Siberia would smoothly pass for a perverse spin on Coelho´s The Alchemist, as Clint/Ferrara´s mind-trip and self-institutionalization in an asylum of own mind is about the journey, not necessarily the destination.

As much as the viewing experience is polarizing to the extent of belonging in the love-it-or-hate-it oeuvre, the potent and schizophrenic mix of madman, dreamer and provocateur rolled into mythical poetry of a holy fool, struggling with inner demons, traumas and repressions.

In addition, Ferrara and Dafoe do no take themselves deadly serious, keeping the interpretative backdoor wide open. Those in-your-face clichés indicate parody rather than Ferrara's hackneyed screenwriting, comic outbursts undermining the film's air of solemnity, rich with moments of artificial earnestness to perform honest and genuine auto-therapy.

Humor trumps surrealism. Ferrara appears to be ridiculing his unconsciousness. Siberia emerges as a satire of surrealist films, ultimately metamorphosing into an object of pataphysics. Siberia is most of all a Rorschach film, secondarily an elaborate conceptual prank.

The utmost beauty of Siberia lies in its volatility, the meaning delegated exclusively to the eye and mind of the beholder. Provocative, offensive, intellectual, anti-intellectual, farcical, ridiculous, Siberia carries a wide expressionistic inventory, either as a psychoanalytical spectacle of internal drama or a profane mockery of a divine journey to self-examination, a goofy farce of symbolism.

That's the quality that sets Siberia aside of Mother! or The Lighthouse, it does not take itself dead serious and savors the irreverence in the spiritual legacy of Rabelais' medieval novels about Gargantua and Pantagruel.

Review originally published during Berlinale 2020. The film will open in select U.S. theaters and everywhere movies can be rented June 18, and on Blu-ray, DVD and Digital June 22 from Lionsgate.

Do you feel this content is inappropriate or infringes upon your rights? Click here to report it, or see our DMCA policy.
Abel FerraraDounia SichovGermanyGreeceItalyMexicoSimon McBurneyUKWillem Dafoe