Review: SIBERIA Stays Out in the Cold

Keanu Reeves stars in the film, directed by Matthew Ross. 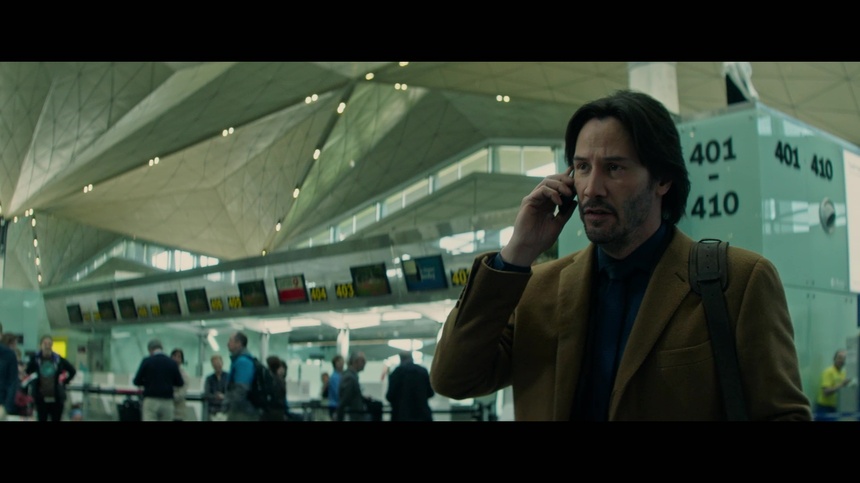 Crime thrillers seem to have found new life in recent years, not least due to VOD and streaming channels needing content. Films such as I Don't Feel At Home in This World Anymore, Logan Lucky, Nightcrawler, and Small Crimes may or may not get a theatrical release, often have a fairly big-name star, can vary from comedic to dramatic angles, and have a implausible but not impossible plot that can examine a huge range of themes from family trauma to the price of loyatly to forbidden love to the effects of violence.

It's hard to say exactly what the aim was of the filmmaking team behind Siberia: a love story against a backdrop of hard-core crime and criminals? A lonely man's desperate attempt at finding some happiness? How the most desolate places in the world can still harbour beautiful people? Whatever it was, the film falls flat both as love story and as crime drama.

Lucas (Keanu Reeves) is a diamond merchant, and used to dealing in the gems evebn when their origins might not be above board. He's in Russia to procure and sell a rare blue diamond. But his usual contact has disappeared, and he ends up in Siberia looking for him and hiding from the head of a powerful criminal organization. In this backward place, he meets Katya (Ana Ularu), a much younger woman who runs a diner and wants nothing more than some kind of escape. She and Lucas begin an affair, as Lucas finds himself in greater danger that might begin to affect Katya as well.

Director Matthew Ross, in his feature debut, seems to want to bring a subtletly and understated feel to the script by Scott B. Smith (who also wrote A Simple Plan). Given the bleak Siberian landscape, that would seem appropriate, but understated quickly becomes flat. The film's lack of visual colour bleeds over into its story, with also is lacking. With no chemistry between the supposed star-crossed lovers,  a story about diamonds which is missing just enough detail to be uninteresting, and a plot that meanders, it's hard to stay awake.

In a story that seems tailor-made to be full of great emotional conflict and action, the film is sorely lacking in either. Lucas has little to recommend himself either as a businessman or potential lover, as he can't seem to keep track of his associates or goods, and has no personality with which to woo a young woman, or so it would seem (certainly Reeves isn't lacking for good looks, though this would seem to preclude anything beyond sexual attraction). Katya seems to have little to offer in the way of a personality either, so perhaps they are a good match.

The love story spills over into the criminal one, though at one point Lucas is 'forced' to ask Katya to perform a sexual act on one of the Russian mobsters, an unnecessary and rather baffling plot device that seems to want to serve to push the lovers closer together, though it has the opposite affect. And the diamond situation is never resovled in any satisfactory manner; not that is has to be, and by the conclusion, there's nothing of interest left to watch.

Siberia works neither as an action film, nor as a love story, nor as a crime thriller; in trying to do too much with too many generic elements, it falls between the cracks of each. Without characters interesting enough to hold attention, nor a story exciting enough to do the same, there is little to recommend in this film.

Do you feel this content is inappropriate or infringes upon your rights? Click here to report it, or see our DMCA policy.
Ana UlaruKeanu ReevesMatthew Ross