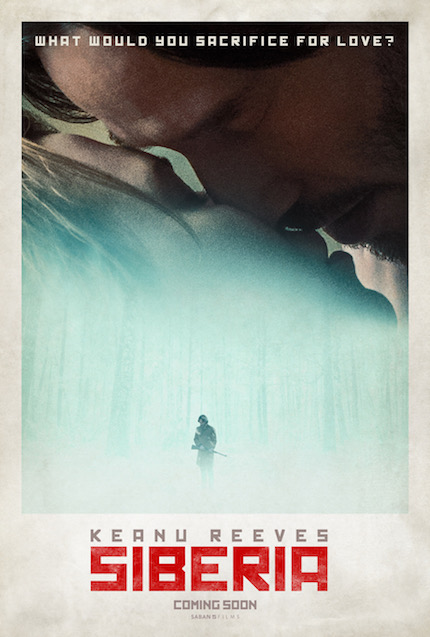 In the Matthew Ross-directed thriller Siberia, Keanu Reeves is Lucas Hill, a married American man who travels to Saint Petersburg, Russia for his latest mission in the diamond trade.

Like John Wick, Hill is a very reserved, quiet professional who certainly knows how to operate a weapon, but make no mistake: Siberia is not an action film at all and soon puts its protagonist in a town in Siberia, where he gets temporarily stuck due to the bad weather.

There, Lucas meets a local woman, Katya (Ana Ularu), and a whole different type of movie starts, focussing on the relationship between the two, though eventually the dangers of the black market of diamonds will catch up with their intense extramarital affair.

Since Siberia opens in theaters and hits VOD/Digital HD on Friday, July 13, I talked with director Matthew Ross about such subjects as the challenges of mixing different tones and working with both Ana Ularu and the living legend Keanu Reeves.

ScreenAnarchy: This is a film that pretty much comes after JOHN WICK: CHAPTER 2 and I think it’s important to remark that is not really an action movie. How can you describe it to people who don’t know anything about it?

Matthew Ross: I would say it’s a existential love story thriller, about a man who travels to a far away land and under the most dangerous of circumstances, and is forced to revaluate his approach to life and to love.

I found it very interesting that SIBERIA begins as a thriller, but soon we are watching the main character interacting with Russian locals and eventually with Ana’s character. Is that variation something that got you interested when you read the script?

I’ve always been attracted to stories that defy genre and that involve more than one genre piece. That’s very much true in my first film, Frank & Lola [starring Michael Shannon and Imogen Poots], and it's also true in Siberia. Challenging expectations and doing something that isn’t typical, that is hopefully trying to force in new territory to take some chances, to do new things, explore new worlds in a new way, is one of the reasons why one becomes a filmmaker. So yeah, the material certainly lend itself to that, and that’s one of the reasons why I decided to direct the film. Absolutely. 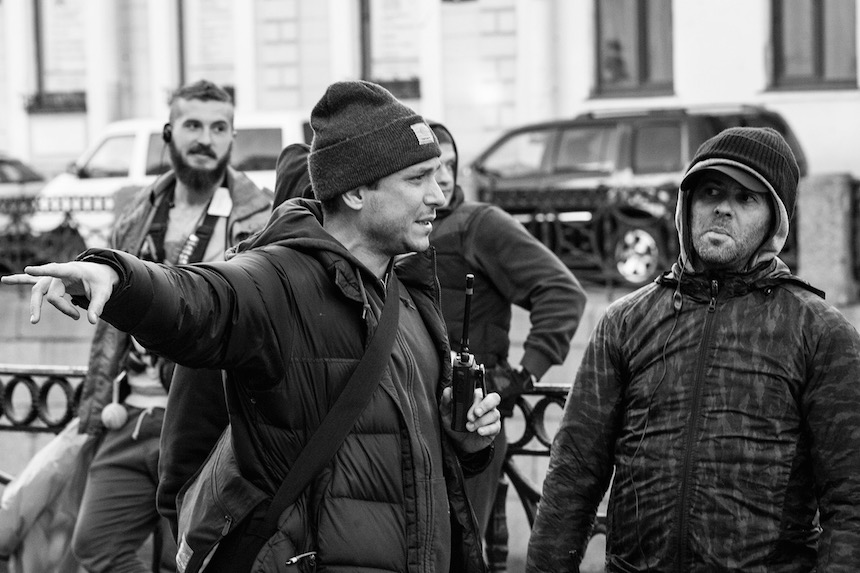 At one point Lucas is literally stuck in Siberia, so really at the core of the film is his relationship with Katya. How important was for you to explore this romantic and even sexually-charged side of the movie?

I saw that her character was beautifully written on the page, by the writer Scott Smith, and I wanted to find, first of all, the right female actor for the part. Ana Ularu is just phenomenal, to work with and in the movie, and fearless. She built up a chemistry with Keanu that, I think, was really electric and unique, and that’s something you hope to get when you bring two performers together but you never know for sure until that’s actually happening, so there’s a bit of anxiety involved before, you know? But the two of them were just fantastic together.

I love that she’s unlike anybody Lucas ever met before, and his experiences with her, meeting her, listening to her, hearing her perspectives on things, interacting with her, forces him to revaluate himself and his approach to words, relationships, romance, sex and mortality. I could do that with the right performers and both Keanu and Ana were phenomenal to work with. 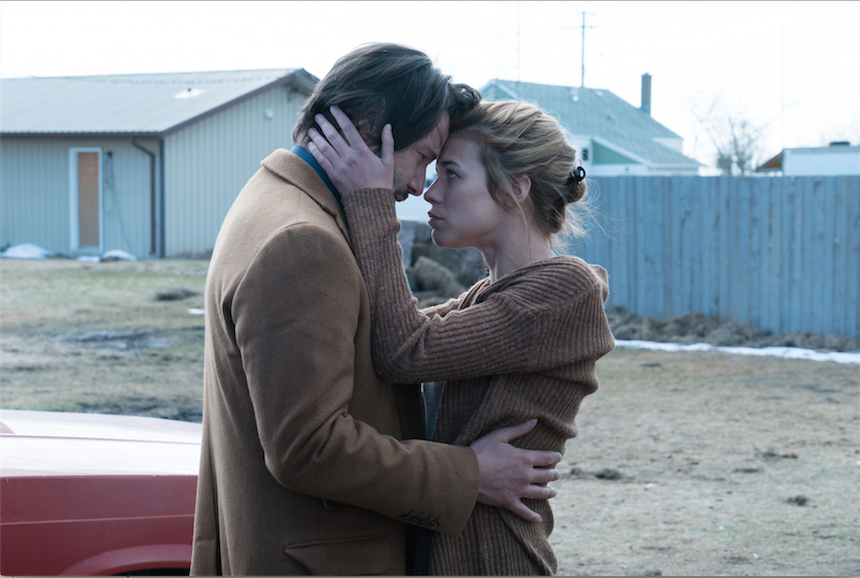 When Lucas finally returns to the city [Saint Petersburg], the film catches up with its thriller and sort of spy movie vibe. How challenging was to mix these tones, especially when you introduce Katya to the expert-on-a-mission plot?

Yeah, getting that tone all balanced was the real challenge in the movie. The way I approach that kind of challenge is to think about those transitions and that turn from the very beginning of prep, from the visual design to the shot selection to imagining how the music is going to be, the sound design and everything. The cinematography, by Eric Koretz, was absolutely necessary to get it right. Then you spend a lot of time in the edit room, experimenting and finding the right way to make sure that the tone really flows. Because it’s more challenging than doing a traditional genre film.

The film also has a very particular humor, from Katya’s initial sexual proposition to that crazy ritual at the party. What can you comment on that element of SIBERIA?

Those two scenes you referenced were both conceived by the screenwriter Scott Smith and I was doing my job to bring them to life in a way that do the work on the page justice. There’s a black humor to it, I think when you’re dealing with a story that’s very intense and stressful, those darkly comic moments can provide a lot of relief for the audience, and allow them to laugh and to breath for a second before you bring them back into this incredibly intense narrative. 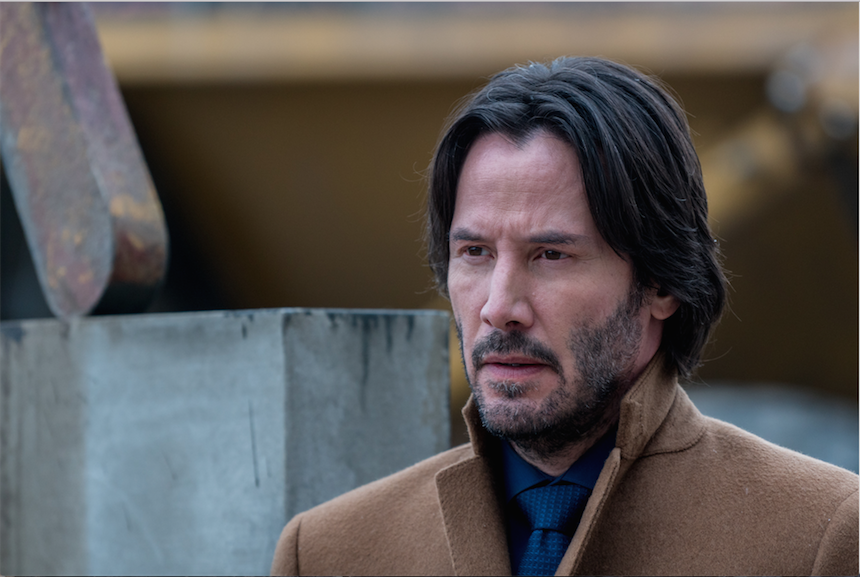 Lucas is close to one of Keanu’s recent characters, John Wick, with both being very silent and professional, but this time we see a more personal side of the protagonist. How was the creative process with someone like Keanu?

With somebody like Keanu you know you’re getting an actor with a tremendous psychical presence and abilities. If you think about it, he’s perhaps the best stunt performing movie star of all time. It’s hard to come up with anyone who’s better than him.

But the reason I was attracted to this film was not to try to do another version of John Wick, because that would be a bad idea... the John Wick movies are great. I wanted to explore a more personal, darker, more intimate side of Keanu as a performer, because I’ve always seen that in him as an actor and I think it’s only been rarely explored and perhaps not so recently. I wanted to get under the skin a little bit more. He was just phenomenal, he’s a fearless actor.

I imagine you shot SIBERIA in an extreme weather, so what was the greatest challenge of the shooting in general?

We shot all the Siberia sections and the interior of Saint Petersburg in Canada. The real challenge was making it feel like we shot it in Russia, and also when we did go to Russia to shoot our exteriors - what you see in the film was actually shot in Saint Petersburg - to make sure that material and the material we shot in Canada blended seamlessly . That took a lot of work to get right and required a lot of help from knowledgable Russians and a lot of great preparation from our actors as well.