James Marsh
Editor, Asia; Hong Kong, China (@Marshy00)
Tweet Post Submit
As we hit the halfway point of the year, it is time to look back over the past six months, specifically the cinematic offerings from Asia. This year’s crop of new releases has been a mixed bunch, with precious few standouts and far too many disappointments or half-baked efforts. We have been subjected to a pair of predictably sub-par Jackie Chan films (Railroad Tigers, Kungfu Yoga), an underwhelming crop of Chinese New Year blockbusters (Journey to the West 2), and even a drop in quality from Nikkatsu’s roman porno reboot project (White Lily and Dawn of the Felines).
But all is not lost. There is some wheat amongst the chaff. Below you will find a dozen Asian titles I felt deserved singling out for recognition. Other honourable mentions should go to Eiji Uchida’s Love and Other Cults, Yoshihro Nishimura’s Kodoku Meatball Machine and Yoji Yamada’s What a Wonderful Family! 2, but the line must be drawn somewhere. That said, what is missing? What have been the standouts of 2017 for you so far? Feel free to let us know in the comments - and check the links below for reviews of featured titles from the ScreenAnarchy team. 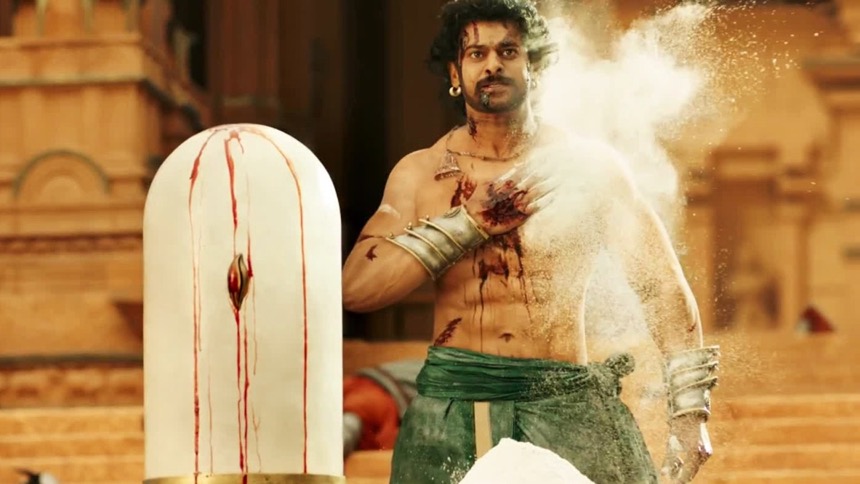 S.S. Rajamouli, the filmmaker dubbed “the Indian Ridley Scott”, who cast a fly as the lead in his revenge actioner Eega, scored a box office smash with his period epic Baahubali: The Beginning two years ago. Now the hotly anticipated sequel has arrived and it proves even more spectacular than its predecessor. Prabhas again takes on the dual roles of betrayed king and vengeful son to an ancient empire, while Rana Daggubati chews up the scenery as his arch rival, and Anushka Shetty is the love interest. Spectacular battle sequences, Shakespearean drama and insanely catchy tunes combine in one of the most shamelessly entertaining blockbusters of the year. 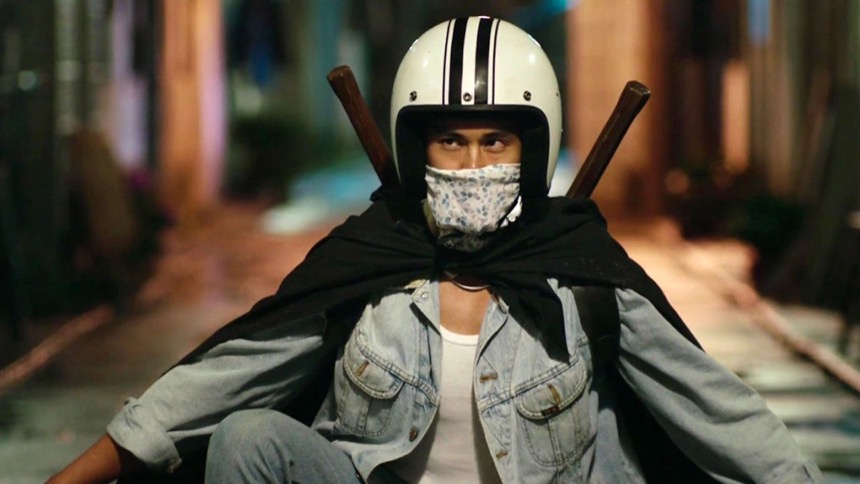 Writer-director Han Han is unlike any other celebrity in China, perhaps the world. An accomplished entrepreneur, novelist and rally driver, he also proved with 2014’s The Continent that he can make movies too - and all by the infuriatingly young age of 32. His second film owes a huge debt to Robert Zemekis’ Back to the Future, as well as Han’s own past successes. Deng Chao plays Tailang, a successful rally driver disconnected from his father (Eddie Peng), who at the moment of a life-threatening crash, finds himself transported back in time. Caught between his young parents at the time of his own conception, Tailang also experiences a country on the cusp of an economic rebirth. The results are funny, touching and genuinely eye-opening.

You’d be forgiven for being less than enthused at the notion of yet another historical Chinese epic, but Gordon Chan (Fist of Legend, Painted Skin) redeems himself for his tedious The Four trilogy with this stirring tale of master tactician Qi Jiguang. Vincent Zhou stars alongside Sammo Hung as the Ming Dynasty general tasked with defeating a fleet of Japanese pirates. What could have been just another big budget does of jingoistic Japan-bashing proves a level-headed, smartly staged and thoroughly entertaining endeavour. 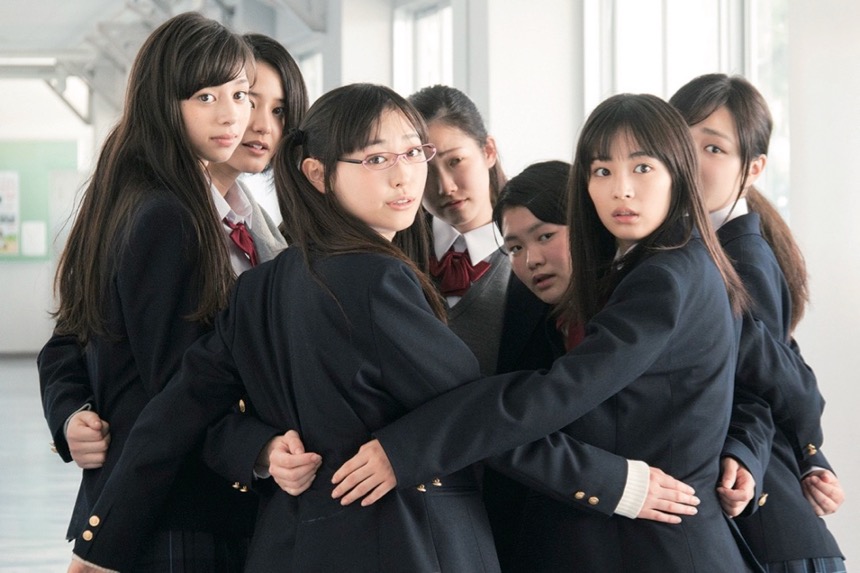 A Japanese high school cheerleader drama? Really? In this case, absolutely! Suzu Hirose - the eponymous sibling of Hirokazu Koreeda’s Our Little Sister plays the energetic, though less than able Hikari, who signs up for the high school cheer dancing team so she can support her sometime boyfriend. However, what she discovers is that boyfriends aren’t allowed, and that her stern coach Yûki Amami has set them on a 3-year trajectory towards the World Championships in Los Angeles. What follows is unlikely to surprise anyone who’s ever watched a teen drama or sports movie, but Hikari and her crew make for an endearing bunch of misfits who you genuinely want to see succeed. 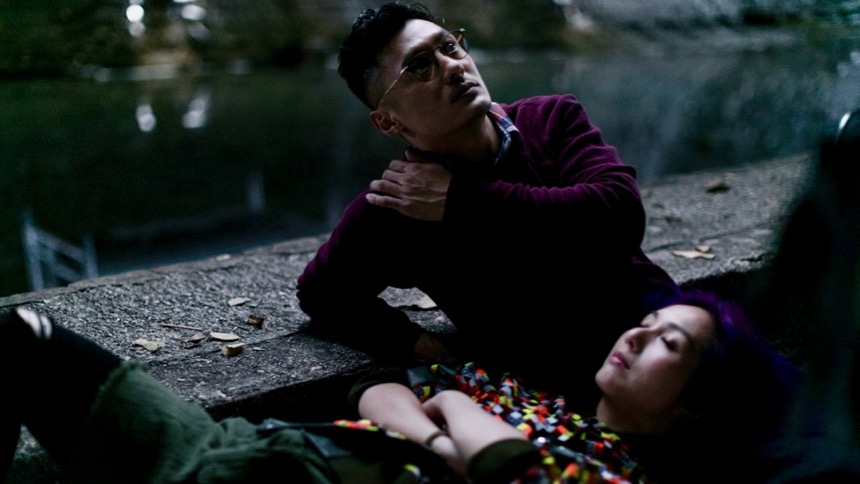 The third, and presumably final installment in Pang Ho Cheung’s rom-com trilogy sees Cherie (Miriam Yeung) and Jimmy (Shawn Yue) still together, but this time wrestling with the notion of having a baby. Matters are further complicated when Jimmy’s “Godmother” appears on the scene - an attractive younger woman (Jiang Mengjie) with a wholly inappropriate proposal. Pang retains the playful blend of astute observation and crude comedy that made the previous two chapters so successful, while also includes flashes of genre storytelling to remind us he is a director with many strings to his bow.

Bong Joon-ho’s eccentric takedown of the GM food industry caused waves at Cannes this year, when the festival accepted the Netflix-produced Okja into competition, only to swiftly backpedal, stating that films made by digital studios will not be able to compete for the Palme D’Or in the future. In my humble opinion, Cannes can stuff their golden leaves right up their croisette for harbouring such outdated definitions of what cinema is and can be. At a time when directors are being booted off tentpole blockbusters for displaying a modicum of individuality, risk-takers like Netflix - who gave Bong $50 million, allowed him final cut, and debuted Okja in over 100 million homes worldwide this past week - are more vital to feature filmmaking than ever. If the compromise is that I have to watch Okja on my 55” TV rather than a multiplex full of knuckle-scraping mouth breathers who can’t stay off their phone for more than 2 seconds, I’ll bite that bullet in a heartbeat. 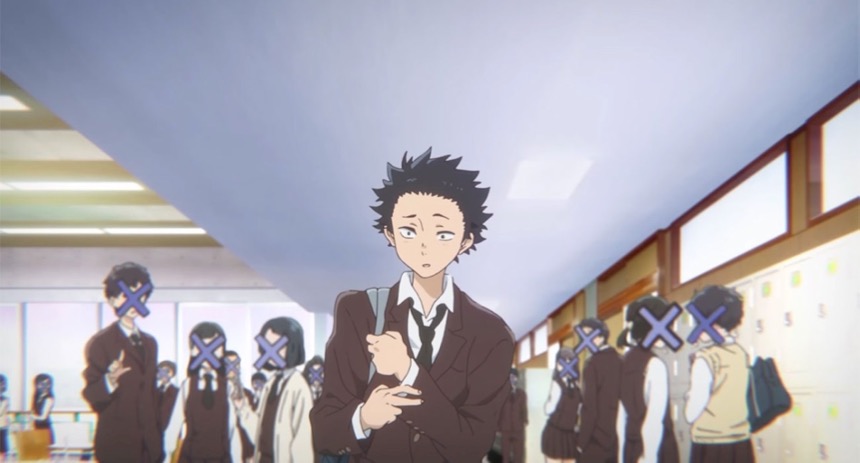 Disability, persecution, suicide and redemption are all themes in Naoko Yamada’s strikingly resonant anime. Following the intersecting paths of two struggling teenagers - a deaf girl named Nishimiya and ostracised bully Ishida - the film ingeniously depicts the growing isolation experienced by both through inventive use of framing and audio. Characters are often framed from the waist down or have their faces obscured by crudely-drawn “X”s, as our protagonists refuse to make eye contact, while Kensuke Ushio’s discordant score goes some way to recreating Nishimiya’s disconnected perspective. A Silent Voice is not only beautiful to look at but also packs a hefty emotional wallop. 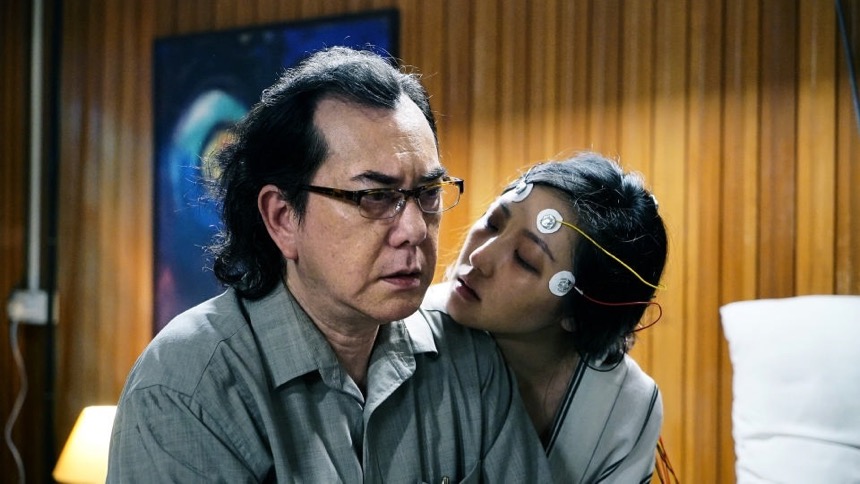 Herman Yau is reunited with Anthony Wong, star of the Category III classics The Untold Story and Ebola Syndrome, for a film that goes someway to reliving those gory glory days of old. Wong plays a university science professor in 1990s Hong Kong who is researching a bizarre strain of insomnia that has the power to kills its sufferers. This tale is intertwined with the story of Wong’s father, a Japanese sympathiser during the Occupation who himself was affected by the titular curse. Admittedly, The Sleep Curse is baggy, meandering and about half an hour too long, but has moments of such gleeful grotesquery it is almost forgiven its failings. 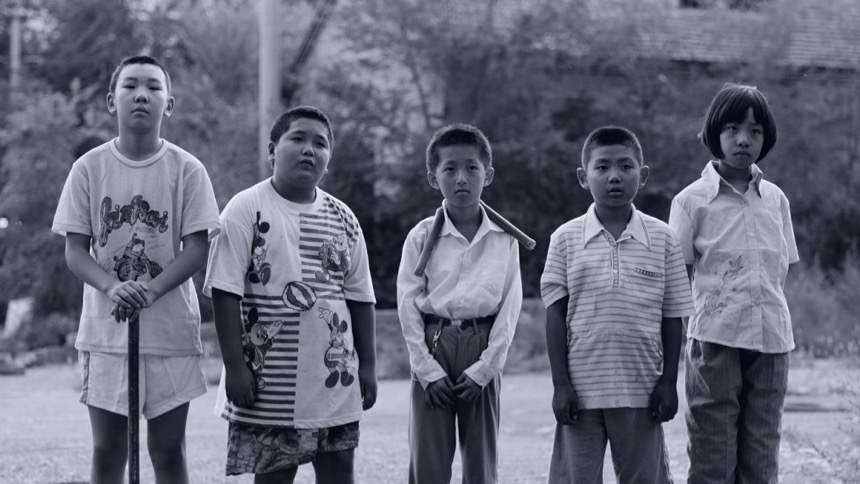 Fans of Taiwan’s New Wave will delight in the debut feature from director Dalei Zhang, which owes a huge debt to the films of Edward Yang and Hou Hsiao Hsien. Using non-professional actors and set in his own hometown in Inner Mongolia’s autonomous region, the film follows a 12-year-old boy during his summer holidays. Primed to start secondary school, his mother scrambles to get the necessary funds together, especially difficult as his father has just lost his job at a state-run film studio. Shot in stark black and white, Zhang’s film observes a boy, a family and a country at a moment of cataclysmic change, and bagged a trio of Golden Horse Awards for its efforts. 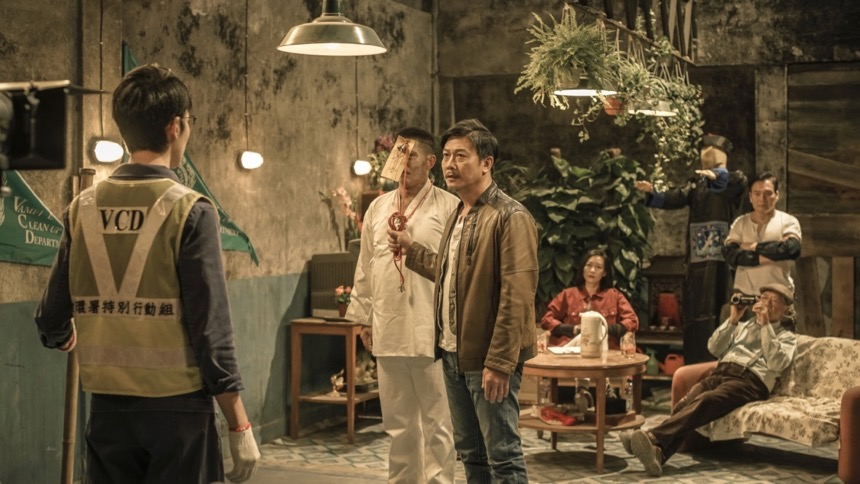 A film that could only possibly originate in Hong Kong, this playful blend of superstition, vampire mythology and slapstick humour is an applaudable effort to recapture the magic of films like Mr Vampire. First-time directors Chiu Sin Hang and Yan Pak Wing cast Babyjohn Choi as a young lad who discovers his relatives are a band of underworld vampire hunters, who patrol the streets disguised as garbage collectors. Genre veterans Chin Siu Ho, Yuen Cheung Yan and Richard Ng ensure there are plenty of laughs and martial arts action amidst the amusing after-dark hijinks. 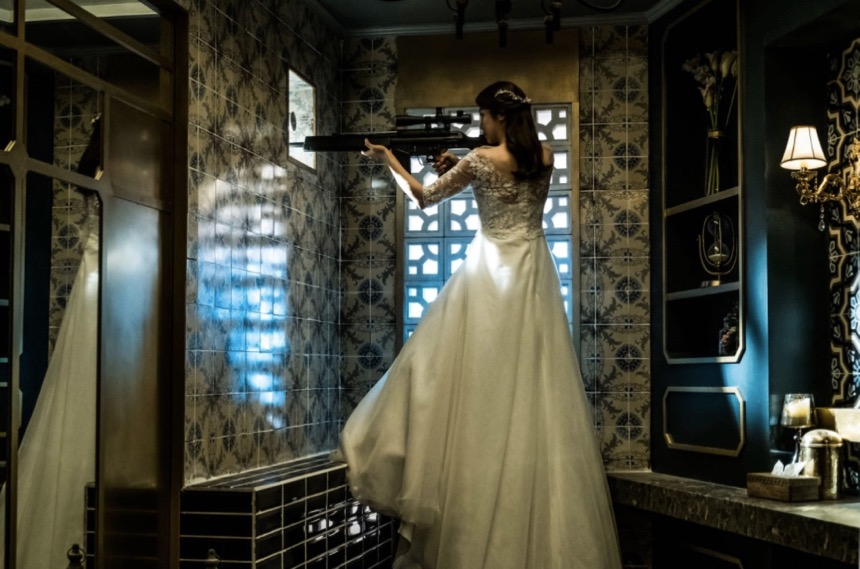 While owing an incredible debt to Luc Besson’s Nikita, Jung Byung-gil’s follow-up to Confession of Murder boasts some of the most impressively choreographed action sequences ever to emerge from Korea. From a blistering POV opening single take, to a pulse-pounding motorbike chase, and a finale on a high-speed bus, The Villainess earns deserves to be ranked alongside the likes of The Raid and John Wick. The film’s problems begin to emerge when Jung stops to allow his impressively agile leading lady Kim Ok-bin (Thirst) a chance to catch her breath. The film ladles on the romance and melodrama, while wrestling with an unnecessarily complicated flashback structure, that proves frustratingly demanding for the viewer. However, when allowed to do its thing, The Villainess is in a class of its own.

More about God of War

More about Love Off the Cuff

More about The Villainess