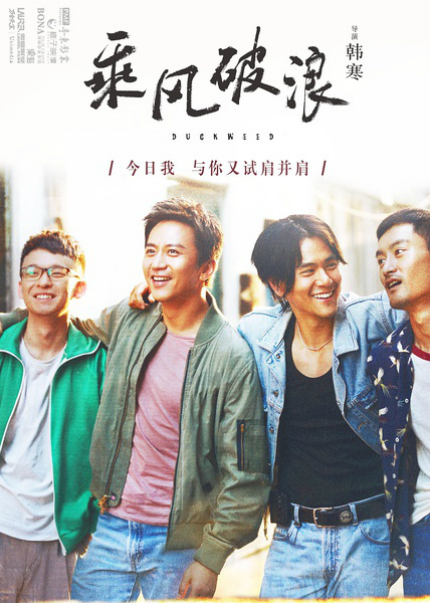 Eddie Peng and Deng Chao star in Duckweed, which is a vigilante comedy heading to theaters on January 28. A new trailer looks quite slick.

That description comes via our editor Todd Brown, and it's justified by the mix of action, comedy and drama in the full trailer. Interestingly, the first trailer, released recently, presents the movie, accompanied by a melodramatic song, as a lush romance of some sort. Both trailers come courtesy of Hong Kong Cinema.

More information comes from A Virtual Voyage, which says that the alternate English title is Ride the Winds Break the Waves. Here is their description of the film:

Deng Chao plays a racing driver and his profession is not understood by his father (Eddie Peng). In order to prove himself, he meets a group of friends and experiences many ups and downs, finally coming to his own understanding. Zhao Li Ying plays his mother of course.

You can watch both trailers below.