ON THE SETS OF BAAHUBALI, An Incredible VR Experience of India's Biggest Film Ever 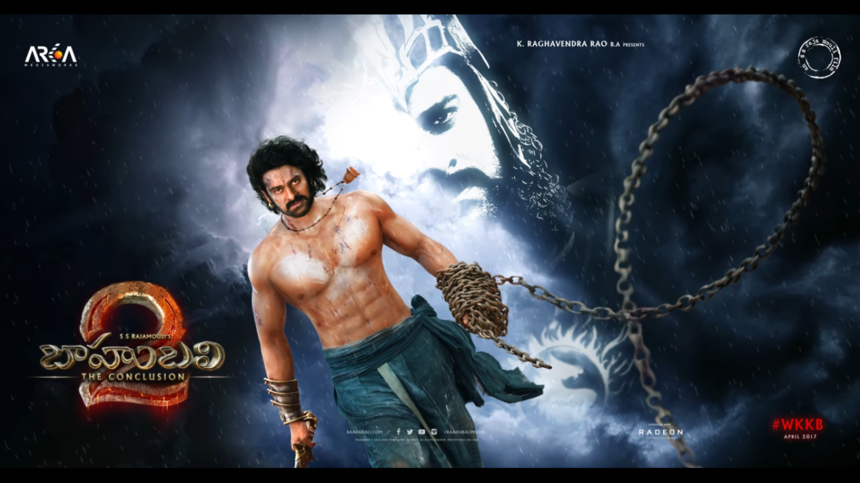 Last week at the JioMami Mumbai Film Festival the Baahubali team shared some new footage and experiences of Baahubali: The Conclusion, the film's second part slated to hit cinemas worldwide on April 28th of next year. Among the new material shared was a new first look poster shown here, as well as a VR trailer titled The Sword of Baahubali, only available to view at the MAMI event, and finally, the incredible VR experience, On the Sets of Baahubali.

ScreenAnarchy has been lucky enough to get invited to visit the impressive Hyderabad set of Baahubali twice over the last three years. First, James Marsh was able to visit during the filming of The Beginning in 2014, from which he shared a ton of great images prior to the first film's release. Then, over this last summer as my wife and I honeymooned in India, we were graciously invited to visit the shooting of Baahubali: The Conclusion where we were able to watch the cast and crew shooting a small part of the climax as well as touring the immense backlot on which he film was being constructed.

The VR experience of On the Sets of Baahubali is as close an approximation of our time on the sets of the Mahishmathi city center as I can imagine. A 360º immersive experience, the VR video not only allows the viewer to turn in any direction to view whatever they wish, the audio is also spread over 360º so the viewer will actually hear things coming from every direction, cueing them to look in a certain direction. Most of the VR video is from locations that I experienced in person during my tour, but there is a brief section during which the experience transitions to the top of a pyramid in the city center than even we weren't allowed to climb. It's an amazing experience that you have to try in order to begin understanding the scope of the production.

So far, I've only been able to watch the video on my phone and computer screen since I don't have a VR headset, but I understand it's even more incredible with the headset, so I'm going to try to locate one as soon as possible.

This is only the beginning of teh expansion of the Baahubali universe as the creators have already signed deals for further VR adventures along with an animated series from Amazon Studios in India. I can't wait to see where this ride takes me. In the meantime, visit the sets of Baahubali, and if you need some help with setting up the VR, Rajamouli himself has posted a tutorial to getting started with VR video.