Check Out These New Posters For BAAHUBALI 2: THE CONCLUSION, India's Biggest Film Event

In two short days the world sees the release of India's biggest film event ever. S.S. Rajamouli's Baahubali 2: The Conclusion is the second half of an epic medieval action story that took India and the world by storm and after several delays finally reaches cinema screens around the world this week.

The first film, Baahubali: The Beginning, was a game changer for Indian cinema around the world. Filmed in the Telugu language Tollywood film industry based in Hyderabad in south India, the project was expected to do well, but exceeded everyone's expectations when it connected in a way that no other "regional" film ever had. The worldwide box office for Indian films is dominated by the Hindi language Bollywood industry, and these regional films (Telugu, Tamil, Malayalam, and dozens of other language groups) rarely make an impression on local box offices. In the case of Baahubali: The Beginning, the appeal was broadened by the story going far afield from the typical local production in Hyderabad.

This isn't the first time that Rajamouli's films have broken the glass ceiling for Telugu critical and audience success. Five years ago his tale of revenge taken by a reincarnated fly upon the man who killed him, Eega, was one of the first Telugu films to break out of the cultural bubble that seems to surround Hyderabad. That film went on to play at numerous festivals around the world, eventually finding success as far as the US, Canada, Japan, even managing to get dubbed into Swahili for an African release. Eega made $2 million at the US box office based just upon the local release which had no outside advertising and catered entirely to ex-pat Indian audiences.

With the success of Eega as a motivating factor, and the support of a production team determined to go big or go home, Rajamouli's Baahubali expanded from the initial idea of a single part epic to a two part, nearly six hour event, and today it stands as one of the biggest cultural exports in recent Indian history. There are Baahubali books, there is a Baahubali animated series streaming on Amazon Video in India, there are talks of Baahubali spin-off films, and at this point no one will dare to doubt the success potential for any of these projects.

Baahubali 2: The Conclusion's officlal opening date is Friday April 28th, but thanks to the marvels of time zones, various territories - including my own - will be able to enjoy the film at early "premiere shows" on April 27th. My own ticket is for 2:30 PM in Dallas, TX, which corresponds to 12:00 AM (midnight) on Friday April 28th, when the first shows in India will start. Baahubali 2: The Conclusion will open on a mind-boggling 9,000 screens worldwide, including over 1,000 in the USA. Not only will the film open in the US on numerous premium formats including DX, and IMAX, it'll also play in four different languages (Telugu, Tamil, Hindi, Malayalam) to cater to the various communities as well as featuring English subtitles for each.

The new posters below mark the opening of the film around the world and for anyone who saw the first film, they definitely get the blood pumping. The images of Baahubali (Prabhas) facing off with Bhallaladeva (Rana Daggubati) are very exciting, and the hashtag #WKKB was one that went viral in the immediate aftermath of the first part's release.

***Spoilers for Baahubali: The Beginning below***

The acronym stands for "Why Kattapa Killed Baahubali", referring to the final shot of the first part and a cinematic puzzle that has gripped a large portion of the movie-going public in India for almost two years since the film's release. The character of Kattapa (Sathyaraj) was one of the keystones of the first film's success, alongside the numerous incredible and inventive action sequences that have come to be Rajamouli's calling card.

In case you can't tell, I'm excited. I will attempt not to let my excitement cloud my critical judgment, but Rajamouli has yet to let me down, so at the very least I'm expecting a rollicking good time. Baahubali 2: The Conclusion opens this Friday, April 28th around the world. 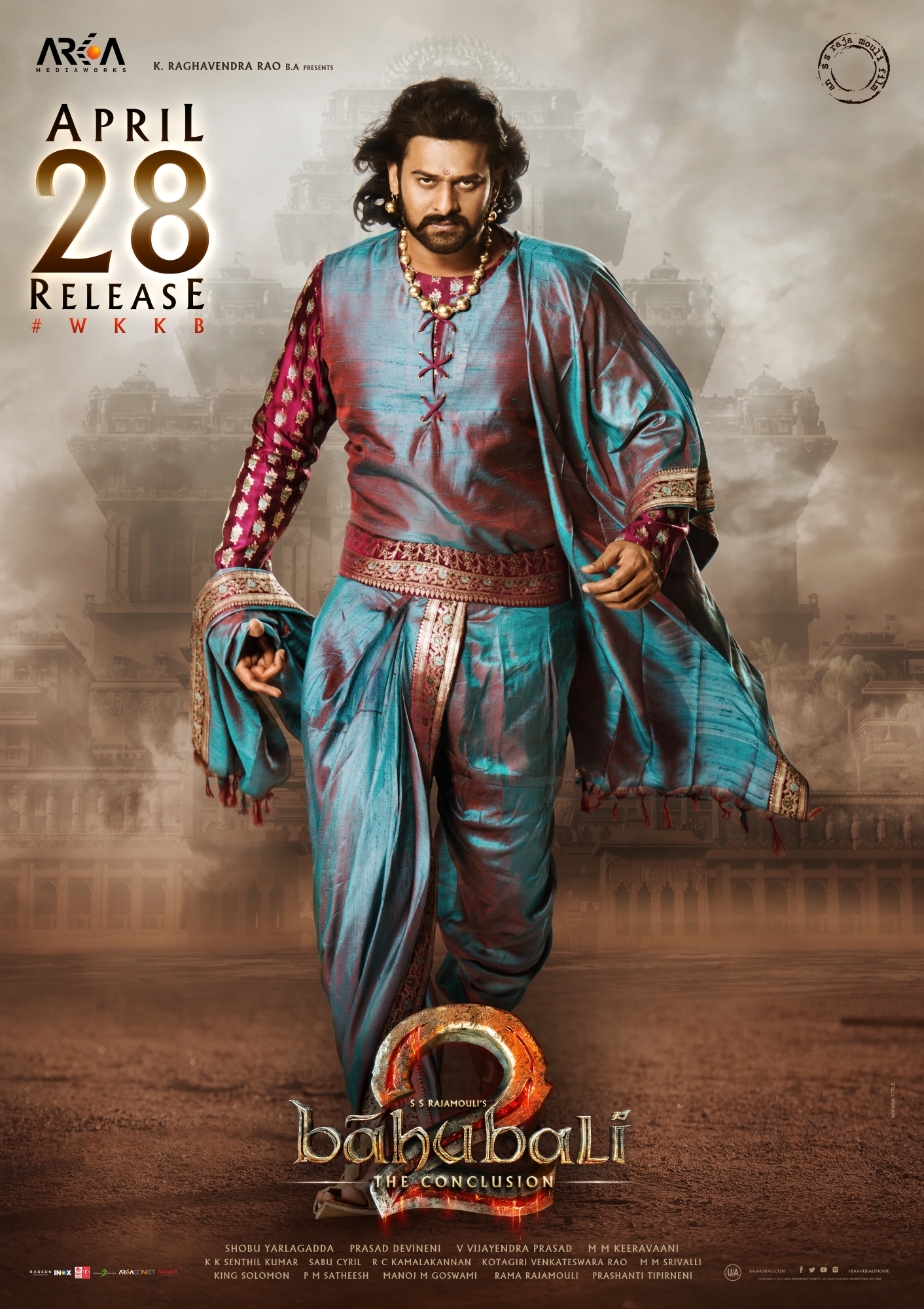 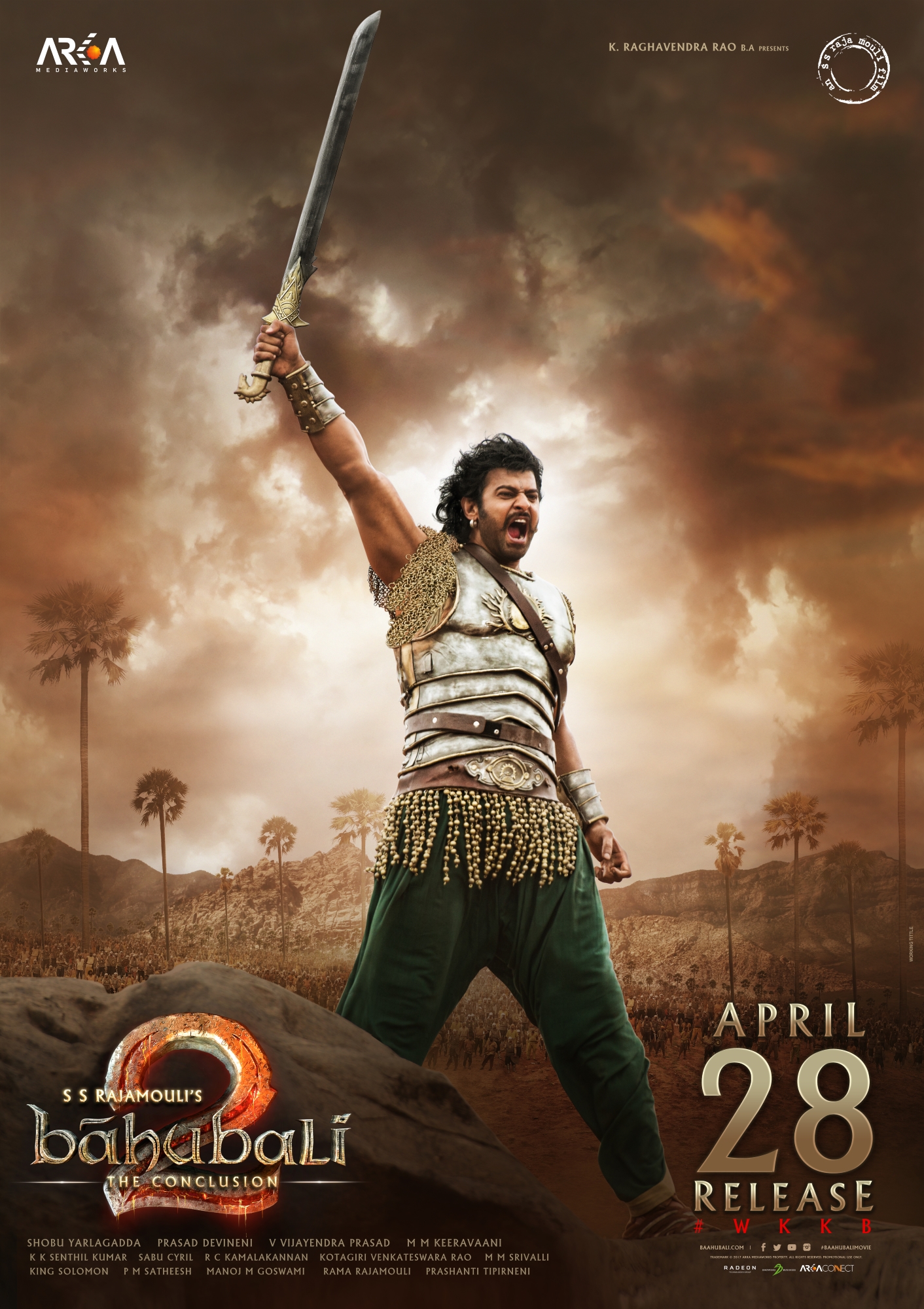