Critical Distance: What Movies Have You Loved in 2017? 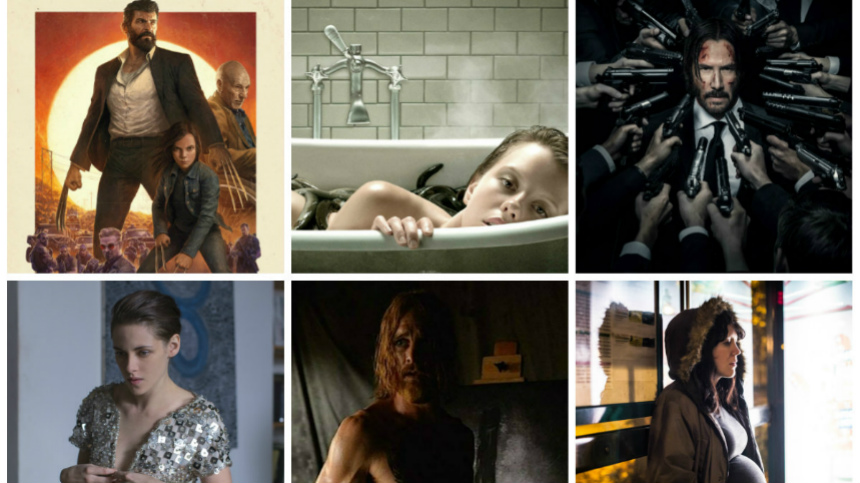 What movies have you seen that you loved this year? Anything?

In wide release, I've quite enjoyed Logan, Get Out, The Belko Experiment, John Wick 2 and A Cure for Wellness.

Logan lived up to my high hopes, a reminder that James Mangold can be a very effective action director, especially when he has good scenarios to work with. Hugh Jackman gets the glory here, and that's fine, but my favorite was Patrick Stewart, who superbly reminded of his past leadership skills while recognizing his increasingly debilitating weaknesses.

Get Out is social horror of the finest kind. Jordan Peele demonstrated great promise as a writer and director, and made the most of his limited budget by putting the emphasis on the great racial divide that still exists in the U.S. The Belko Experiment represents a different kind of social horror, the kind that peels back the skin on social conventions and exposes the utter selfishness that rules most of our lives.

John Wick 2 was just a good time at the cinema, a gloriously over the top gun fu extravaganza. A Cure for Wellness ultimately disappointed, story-wise, but I didn't care, since it was so extravagantly mounted that I lost myself in the visual arts on display.

Honorable mentions include T2 Trainspotting and The Great Wall.

Among limited releases (in theaters or on VOD), Personal Shopper, The Devil's Candy, XX, I Don't Feel at Home Anymore and Prevenge all exceeded expectations.

Personal Shopper is completely absorbing, distinguishing itself as a very non-traditional ghost story, which I liked immensely. Taking a different route to my subconscious, The Devil's Candy left me on edge, an entirely intense trip that was ruthless in its approach.

XX was a top-notch anthology, one that I intended to revisit. The individual segments were surprising in their twists and devastating in their turns. I Don't Feel at Home Anymore was well plotted, going places I definitely did not expect. Prevenge showcased the multi-talented Alice Lowe, who deftly juggled laughs while penetrating a subject from a far different viewpoint than usual.

So far I've only attended one film festival this year, SXSW, which allowed me to see Edgar Wright's outstandingly entertaining Baby Driver early -- it's out at the end of June -- as well as Joe Lynch's Mayhem, which should be picked up by somebody for distribution, if it hasn't already, so that everyone reading this can enjoy a blast of genre goodness.

Those are my picks for the best of the year so far -- what about you? What have you seen in recent cinema that you've really loved?

Critical Distance is an occasional feature in which the writer looks back at recent releases with a touch more perspective.

Do you feel this content is inappropriate or infringes upon your rights? Click here to report it, or see our DMCA policy.
Best of 2017Critical Distance