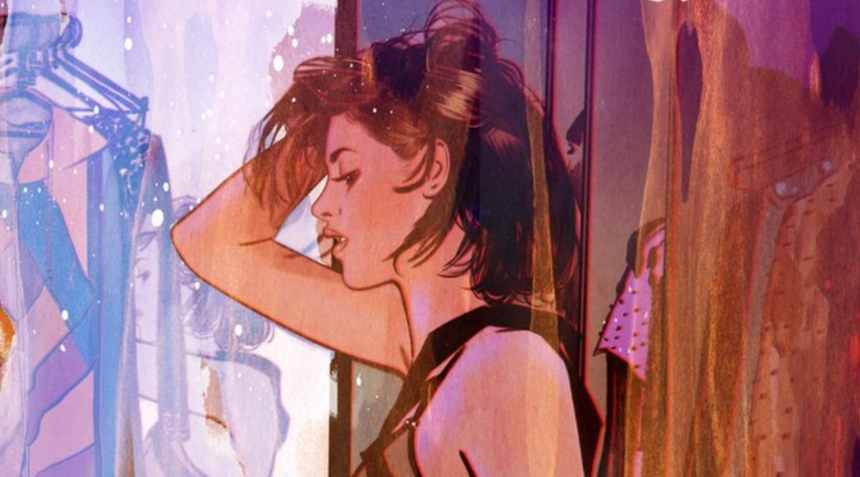 Hybrid drama, mystery, thriller, ghost story, Personal Shopper made a pleasant splash on the art-house circuit in 2016. It was one of several major steps towards the notion that lead actress Kristen Stewart stop being considered as a cog in the Twilight franchise or as an curious anti-celebrity, and to be taken seriously as a major acting talent.

Mondo recently tapped British comic artist Tula Lotay to further evaluate at the film in a new light with this poster consisting of a series of ethereal overlays recreating a key scene from the film, as Stewart's character plays dress-up with the wardrobe of one of her clients.

The splashes of white on the mirror, the wide-brushstroke type, both of the actress and film title, as well as the nearly invisible credits, subtly go after the supernatural ghost story element of the film. But I am keen on the graphic artistry here, which pulls things into hybrid media like comic books and anime. Director Olivier Assayas, himself a global citizen and genre-hopper par excellence, I think would approve of the notion.

"With hints of Lynch and Kieslowski this is a film like no other that will transfix you and stay with you long after watching it. I fell in love with the movie straight away and that made it very easy to pull the ideas together for the poster. I wanted something ethereal like the film, that captures the tension and underlying sexiness of Stewart's character. I hope I've done it justice." - Tula Lotay

Alas, if you wanted to hang this wonderful piece on your wall, as do I, it has already sold out from the Mondo store. 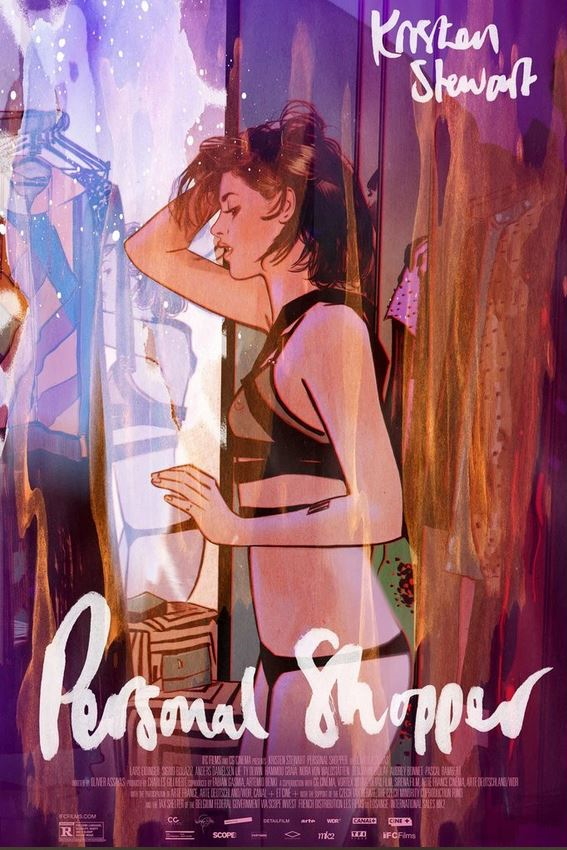