Criterion in October 2017: TWIN PEAKS: FIRE WALK WITH ME, THE LURE, PERSONAL SHOPPER and More 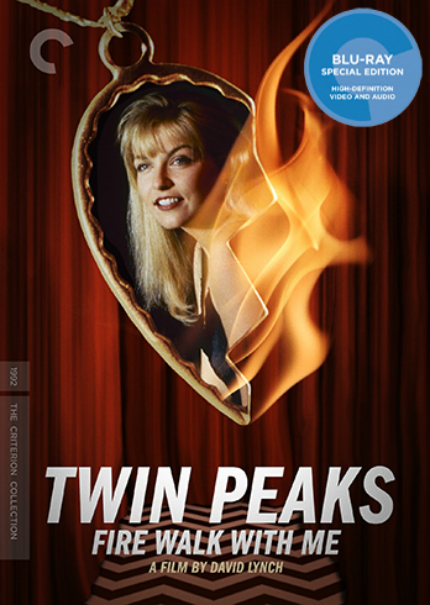 Scare season arrives in October and this year fans of the Criterion Collection have ample reason to celebrate in style.

A prequel that is anything but pro forma, David Lynch's Twin Peaks: Fire Walk with Me is essential as a launching pad for the filmmaker's currently ongoing, small-screen expansion of the original series. It's disorienting and odd and, of course, visually very satisfying, and 90 minutes of deleted scenes and new interviews should cast more light on it. It's receiving its first stand-alone Blu-ray release.

We've written quite a bit about The Lure, because who doesn't love flesh-eating mermaids? Also fresh off its theatrical release is Olivier Assayas' Personal Shopper, which stars Kristen Stewart and happens to be a ghost story that is among the best films of the year. Both titles should look splendid on Criterion Blu-ray.

Classic horror is also honored with the Blu-ray debut of Carl Theodor Dreyer's Vampyr; attention must be paid.

Of course, those who are not so horror-centric will have the opportunity to spend their hard-earned dollars as well, with a choice of Stanley Kubrick's Barry Lyndon in a new 4K restoration and/or Orson Welles' Othello. The later will be showcased in an edition including two versions of the film and also Filming Othello, Welles' final completed feature.

Visit the official Criterion Collection site for more information on each and every title.

Do you feel this content is inappropriate or infringes upon your rights? Click here to report it, or see our DMCA policy.
blu-rayCriterionCriterion CollectionDavid LynchOlivier AssayasOrson WellesStanley Kubrick