Director Sean Byrne is one of the most fearsome pure talents in the genre world today. 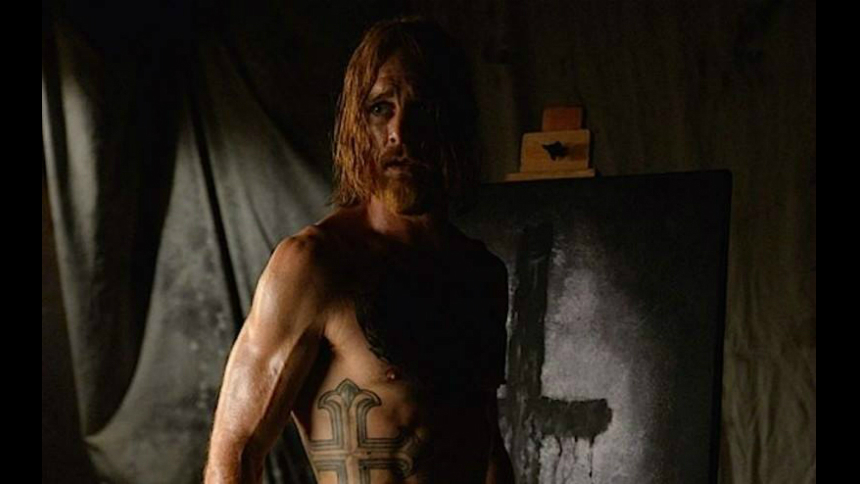 It was back in 2009 that Australian writer-director Sean Byrne burst onto the scene with his debut feature film, The Loved Ones, igniting a firestorm of positive praise that seemed poised to light the world on fire for this brash and seemingly fully formed talent.

But, praise or not, 2009 was a difficult time for the independent film industry, with business models and release platforms seemingly changing by the day and, much like fellow festival darling All The Boys Love Mandy Lane, The Loved Ones became a victim of the changing landscape, languishing on the shelf for a frustrating length of time while the industry-at-large tried to get their shit together and ultimately squandered all that love and leaving Byrne spinning his wheels for far, far longer than such an impressive young talent had any reason to do before making a return. And it's fitting that it's Mandy Lane executive producer Keith Calder who brings Byrne back to screens.

It's been worth the wait.

A positively ripped and heavily tattooed Ethan Embry stars in The Devil's Candy as Jesse, the heavy metal loving painter and father to an equally metal preteen daughter, Zooey, and loving husband to Astrid. They may not be a conventional family, but they're a good one, and though money may be tight they have a chance to grab a piece of the American Dream when a gorgeous house in the country hits the market at a drastically reduced rate due to its troubled past.

At the center of that past is Ray, a hulking and clearly mentally disturbed man-child who - freshly returned from a lengthy stay in a mental hospital - threw his mother down the stairs, leading to his father's suicide. And while his parents' house may have been sold, Ray still wants to come home.

And here's where things get interesting. Because at this point any knowledgeable horror fan will no doubt be quite confident that they know what sort of film this is. And they will be correct. And they will also be wrong. Very wrong.

Because with The Devil's Candy Byrne proves that he is that rare breed who not only knows all the tools at his disposal inside out, and is not only capable of mashing genres together, is not only capable of subverting the normal rules of genre, but is actually able to pick and choose the best elements of a range of genres and synthesize them into something that is wholly new and wholly its own.

So, while you may choose to approach The Devil's Candy as a home invasion film, a psycho-killer film, a supernatural horror, a haunted house film or any number of other things, you will be simultaneously as incorrect as you are correct with all of those approaches, for this film both is and is not all of those things simultaneously. It's damn good at being all of those things, too, but the seeming ease with which Byrne fuses those parts into something new is frequently nothing short of staggering.

Byrne's success is rooted in a few particular elements, particular gifts already flashed with The Loved Ones and further developed here. He's a master of tone, for one thing, and brilliant in his art design. There's also a natural, grounded ease to his characters, with Byrne drawing fabulous performances from all involved. And when the time comes to crank the tension he very simply directs and edits the hell out of every single scene. This is clearly a man with commercial aspirations and as much as he loves to experiment with form and genre he never, ever forgets about his audience and makes absolutely damn sure that he delivers every single scrap of entertainment value that he possibly can.

All of this is not to say that The Devil's Candy is a perfect film. There are some definite issues at script level - Jesse and Ray's story develop largely in isolation from one another, Astrid and Zooey seem to exist more as plot elements to motivate Jesse than as fleshed out characters in their own right, while there is clearly an underlying mythology at play here it is never really developed or explored at all - but as was the case with fellow Australian and recent genre breakout director Jennifer Kent and The Babadook - a film I feel has very similar script issues - Byrne simply directs the entire piece so damn well that what hiccups there are are easily forgiven and overlooked.

Simply put, Sean Byrne is one of the most fearsome pure talents in the genre world today. This man is fierce behind the camera, welding huge technical ability with a deeply empathetic approach to his characters, a voice that continually feels fresh and surprising, and a desire to please and satisfy his audience.

It's an absolute certainly that horror fans will embrace The Devil's Candy and while it may prove to be too specific a film to really cross out beyond that audience, it is surely also a harbinger of bigger things to come in the future from a director whose potential seems utterly vast. Let's just hope there's not another six-year gap before film number three.

Review originally published during the Toronto International Film Festival in September 2016. The film will open in select U.S. theaters on Friday, March 17, and will also be available to watch on various Video On Demand platforms.