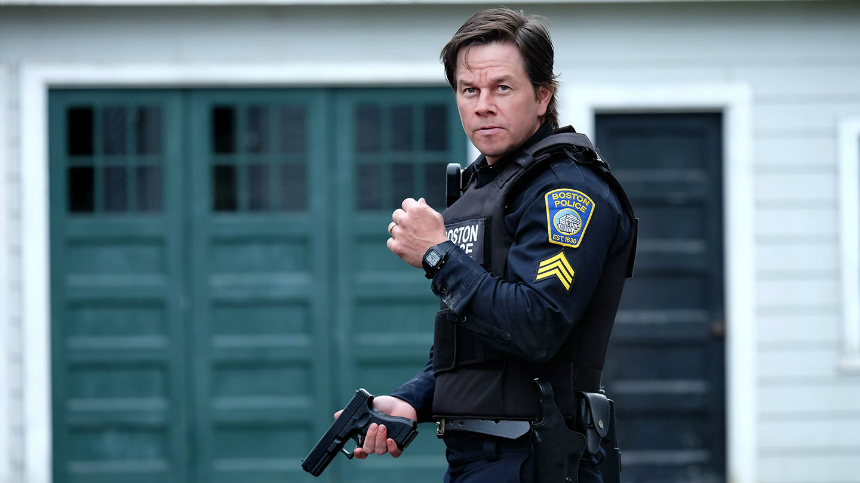 Recently released wide across the U.S., Patriots Day continues the cinematic tradition of rewriting history for fun and profits. The movie revisits the April 2013 bombing in Boston, Massachusetts, U.S. that killed three people and injured more than 260.

It was a terrible, terrible incident, obviously, and our own Michele 'Izzy' Galgana, who lives in New England, has already reported on the film's premiere screening in Boston and given her thoughts on the film, including positive thoughts on the musical score and several suspenseful scenes. She was less enamored with the movie as a whole, however, describing it in part as "a wildly uneven film that feels like a TV movie of the week -- with A-list guest stars and a ridiculous overabundance of handheld techniques and aerial shots."

She also pointed out that it's "mostly focused on [Mark] Wahlberg," who plays a composite character, a police officer named Tommy Saunders. When I saw the film last week, this is the aspect that came across to me as misguided at best and insulting at worst.

In his previous collaborations with Wahlberg -- Lone Survivor and Deepwater Horizon -- director and cowriter Peter Berg has avoided making the central character a composite. All three of the movies have been drawn from real life, so what made Berg change his approach for Patriots Day?

The answer may lie in the characters themselves and the nature of the star system. Patriots Day is a relatively modest production, with a reported budget of $45 million. But it's also a star-driven production. The project was announced in March 2015, and was to revolve around Boston Police Commissioner Ed Davis, with a script by Matt Charman (Bridge of Spies). Wahlberg was said to be interested in playing Davis.

Two other related movies were also announced around that time period: Boston Strong, based on a book by Casey Sherman and Dave Wedge, and Stronger, which follows a bombing victims who lost both his legs. The latter movie stars Jake Gyllenhaal and is headed for release later this year. What happened to Boston Strong? 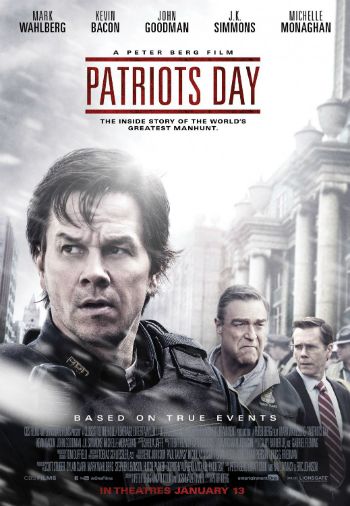 In November 2015, CBS Films purchased the rights to the project from 20th Century Fox. Boston Globe said that Wahlberg "will now play Boston Police Detective Danny Keeler, who's the lead character in Boston Strong." Keeler was in command at the marathon's finish line and was "instrumental" in the manhunt for the bombers, the Tsarnaev brothers.

By February 2016, the character had become a composite, according to Keeler himself. What happened?

Berg told EW: "There was no one cop that did it all. I felt like we needed someone to anchor the film, and that someone would be Mark. Rather than assigning a bunch of stolen valor to a cop that didn't do everything, it seemed to make sense to tell everybody that Mark was representing some of the very best officers in the Boston police department."

In the same interview, Wahlberg commented: "That's our job, you know? Tell the story. Get it right. Honor these people, and make sure as many people as possible see the movie."

Maybe that was their honorable intention. I bought my ticket and watched the movie with an open mind, and then the third or fourth time that Mark Wahlberg represented "some of the very best officers" by giving the police commissioner or the FBI agent in charge a better idea, I realized I was seeing star-service.

Ed Davis, a portly gentleman aged 56 at the time of the marathon, is played by John Goodman. Danny Keeler, the real-life detective, is not mentioned. Instead we have Wahlberg's Tommy Saunders, limping from an unspecified on-the-job shooting and temporarily busted down to work the streets and wear a 'clown suit,' a uniform and vest, for parade duty.

He's just like an ordinary person, except he's not, because he's Mark Wahlberg, movie star, who limps heroically and plays a key role throughout the investigation and gives an inspiring speech near the end, followed by a self-mocking joke. He's the anchor of the movie because he is the biggest name and, in this budget range, the movie needed a star to gain financing and the star needs a leading role, not a supporting role like John Goodman or Kevin Bacon (as the FBI agent in charge).

In any event, when the movie expanded wide across the U.S. last Friday, audiences said "no thank you." Box Office Mojo claims it's "most likely due to it not quite catching on as well as expected in middle America." The film still stands a good chance of breaking even during its theatrical run, which means that home video returns should help it eke out a profit.

Would it have made any difference if Wahlberg had been "reduced" to playing Police Commissioner Ed Davis, who made many important command decisions but did not go in the field to chase the bad guys? Or if the movie was an ensemble piece rather than a star vehicle?

Probably not, though I think it would play better with less Wahlberg and more emphasis on the other heroic figures in the story, as in the very tense sequence following a kidnapping. That shows Berg's skills as a filmmaker. Putting Wahlberg's character forward as part of an effort to "make sure as many people as possible see the movie" was not very profitable this time out.

And, other than the finely-honed action sequences, neither is the movie itself.

Published biweekly, Critical Distance allows the writer to spend a little more time thinking about individual movies and figuring out why they provoke strong personal reactions.

Do you feel this content is inappropriate or infringes upon your rights? Click here to report it, or see our DMCA policy.
Boston Marathon bombingCritical DistanceMark WahlbergPeter Berg