When you look past the commentary on racism... Jordan Peele's thriller is still excellent! 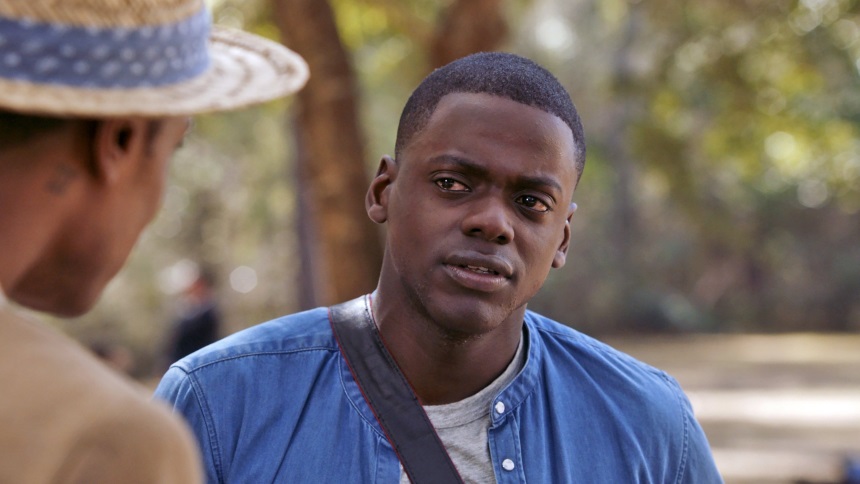 (What? We hadn't reviewed this one yet?! Sacrilege!)

Two weeks ago, Jordan Peele's Get Out opened the Imagine Film Festival Amsterdam, starting the festival on a really high note with a really high audience rating. And as happened two years ago with Ex Machina, no other title managed to beat the opening film during the festival's entire run.

While it had already enjoyed an incredibly successful release in North America, breaking several records even, we here on the Eastern side of the Atlantic hadn't seen it yet. When I finally had, last week, I checked what we had said about over here at Screen Anarchy, and to my surprise this one had apparently floated right past us. Oh, many of us had seen it, and Jason Gorber sure had commented on it on television, but we had no official review. Well, time to rectify that!

In Jordan Peele's Get Out, we follow Chris and Rose, a young and hip couple. He is black, she isn't, they've been seriously dating for five months, and it's finally time for him to meet her parents. This will happen during a weekend-long visit at her family's really large rural mansion, and Chris is logically a bit worried.

Thankfully, Rose's parents are nice and almost shower Chris with positive attention. Still, something seems to be off... and especially when Chris meets other black people in the area, he can't shake the feeling something is very, VERY wrong. Is he paranoid? Is the weird mix of positive and negative discrimination getting to him?

Jordan Peele takes his time to establish his characters and the mood, and as seen through the eyes of Chris the tension increases notch by notch. I mean, we've all seen that screenshot of him crying on a chair, we've seen the posters, and in the film, we've seen the opening bit so we KNOW something terrible is up, right? ...Right? Peele ain't telling you soon, and his film becomes a masterclass in building suspense.

When you do get to find out what's been wrong all the time, the mood, and indeed the film's genre, shifts. Whether you're up for that depends on your tastes, it's a bit of a lose-some-win-some deal. Some may be disappointed, others delighted.

It is actually quite similar to last year's The Invitation by Karyn Kusama. That film also was excellent, and both titles tap their source of tension from the same source of social uncomfortability and suspicions. They even both start with a very similar accident to establish the main character's raw internal psychological wounds.

All in all, Jordan Peele hands out a great lesson in creating eerie suspense. It helps that his cast is excellent, with Daniel Kaluuya, Catherine Keener and Betty Gabriel as stand-outs. If you haven't seen it yet out of fear for "Social Justice Warriorship Propaganda", please do set that aside, it's a perfectly entertaining genre flick in its own right. And if it does make you cringe or chuckle from time to time, hey, what's wrong with that?

Amsterdam festival audiences are known to be a fickle lot with a low threshold for bullshit, but Get Out got a 9.1 out of 10 as a rating from them, winning it the Imagine Festival Silver Scream Award, and that's saying something. And for myself: I had a blast with it too.