(Who is this?! Team ScreenAnarchy, assemble!)

Unless you've been living under a rock, a Wifi-less one no less, you will have been made aware of the latest addition to the Marvel Cinematic Universe. In the last ten days, Avengers: Age of Ultron left its mark on box offices worldwide, crushing everything in its path like a rampaging Hulk.

And because it's the umpteenth superhero flick to do so, and a sequel to boot, we all hate it, looking at such base entertainment in disdain. Except... Actually, opinions are rather divided. And not just between a "good film" and "bad film" camp either: people are discussing whether Avengers: Age of Ultron is the best or the worst film in the Marvel Cinematic Universe, whether Joss Whedon fumbled the ball or inexplicably saved it, whether it reveals too much or too little about Phase III, whether it's male chauvinist or feminazi...

In his review, Loïc Valceschini didn't hate it, but wasn't kind to it either. Here at Screen Anarchy, some agree with him, some disagree, saying they DO hate it, while others love it.

Divisiveness in opinion is awesome, especially in a blockbuster like this, so we've decided to do a group effort again! We had a quick round-up of opinions about the film, and have put them up here for all to see, in a gallery.

The first entry is Loïc again, with a quick synopsis of his review, but click through them all to see our opinions on the film. Each opinion is valid in its own way, and so is yours, so please leave your own impression in the comments! 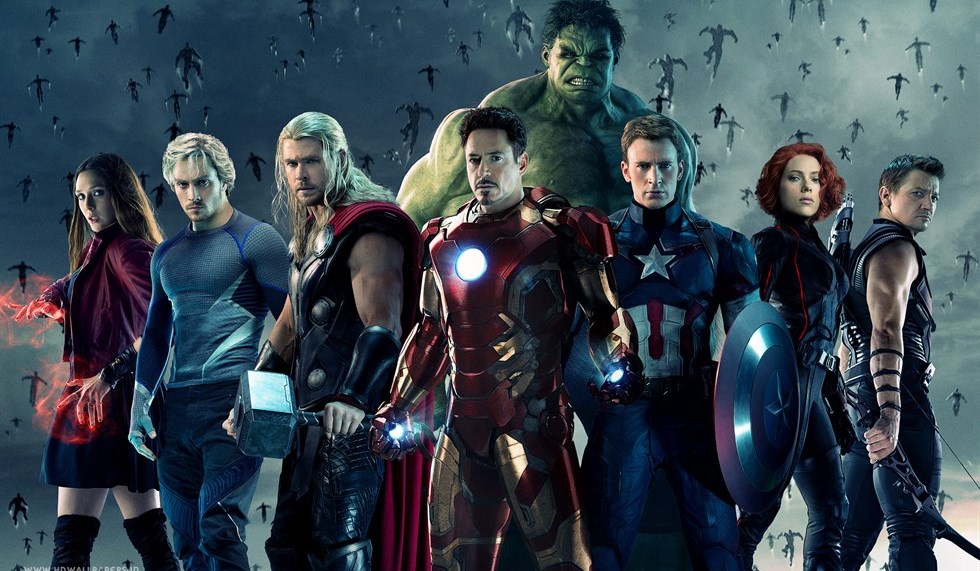 Avengers: Age of Ultron is not a bad film, it's just a dull and uninspired sequel. The opening is a perfect representation of this, with a massive action sequence involving the whole team in which there's a long take very similar to that of the finale from the first film. Viewers are thrown into this insipid reproduction without any existing issues, and as such can't help but feel blazed about the whole thing.

It's saddening to realize how the film makes a weakness out of its strongest asset - its team of superheroes. While the first film managed to leave enough space for each character to build and affirm themselves, the second one drowns its protagonists in an overabundance of elements and characters.

Let's hope that Marvel will soon stop aiming at bigger and louder, and starts developing its universe more carefully - but hey, who am I kidding?

(This is an excerpt from Loïc's well thought-out review, which you can read in its entirety by clicking this link.)

In the middle of 2012's The Avengers, I thought, “This character interplay is so satisfying, the movie could stop right now and I'd be completely satisfied.” In the middle of Age of Ultron, I thought to myself, “You know, I'm ready for this to be over. I want ice cream.”

There is a struggle at the heart of this Avengers film, and I don't mean the one with Ultron. A lot has changed in three years since the first outing that united these diverse characters, not the least of which is Marvel's utter domination of the pop culture landscape. This may be the first Marvel Studios picture to be overtaken by the company's longterm agenda, and its world-building groundwork-laying needs.

Joss Whedon, an introspective maverick who's far too clever for such blatant mechanization, seems worn out from fighting it, even a little checked out. His zingers lack their usual zing, his direction is the most scattershot it's ever been, and his trademark risks don't land like they should. It's an ugly, visually cluttered movie, lightyears from the auteur panache he demonstrated with, say, the Buffy the Vampire Slayer episode “Hush”. There are several very cool moments in Age of Ultron, but it is in no way a cool movie.

Yet, through all of those flaws, the film doesn't just have vision, it has The Vision (Paul Bettany). And he is magnificent.

It's important to note that the spirit of fun in seeing these characters as portrayed by these actors all together in the same film remains intact. It's simply not as evident or immediately graspable as last time. Pass the ice cream.

Every year, Marvel Comics comes up with a massive, universe-changing crossover story spanning a boatload of issues and characters. You’re not supposed to read every single issue that covers the event, but they really want you to. The Marvel Cinematic Universe feels a lot like that at this point. Age of Ultron is this year’s crossover event, one that promises that “things will never be the same again”, but in the end, they kind of are.

AoU is exactly what I expected: large-scale action sequences, table-setting for upcoming films, and a general atmosphere of “don’t take this TOO seriously”. Sure, the novelty of seeing these guys come together for the first time is gone, but it still had its fun moments. In fact, this movie is at its best when it just lets the heroes relax and sling jokes back and forth at each other.

If there is one flaw, it’s that there’s just too much subplots and side characters taking up space. It’s a chaotic, glorious mess. And that’s what worries me: that Marvel’s movie universe is becoming way too bloated for its own good, especially now that there’s TV shows involved. By the time Thanos finally shows up, you’ll have to find a way to include all the Avengers, plus a Sorcerer Supreme, a blind vigilante, an African monarch, and an entire race of mutants, Inhumans, gifted, or whatever the hell they can call them without Fox getting pissy. Infinity War is going to be one colossal clusterfuck of superheroics by the time it comes out. 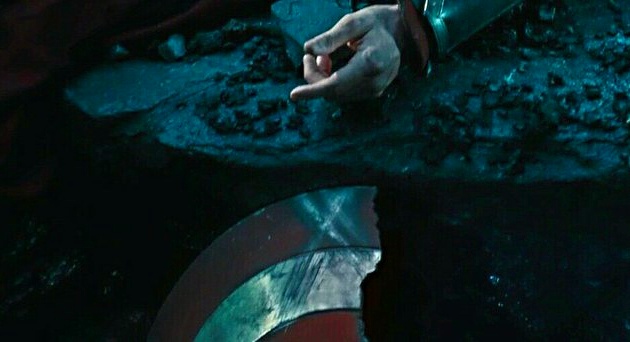 Someone would need to pay me at least twenty bucks to see The Avengers.

Age of Ultron is a film with over 15 individual digital and visual effects studios behind it. As such, some scenes in the film reached the pinnacle of action spectacle and for that I would be remiss to not suggest it for a theatrical experience. The scenes in South Africa in particular are jaw-dropping. Asides from this, Whedon has created a weaker, less invested sequel that barely moves the main story of the Marvel Universe forward. His wit is certainly evident, at least in the first, stronger half of the film, but after the farmhouse the pacing implodes on itself and the throwaway Seoul action scenes scream co-production requirement. Other scenes and themes literally repeat themselves at this stage. In addition to this Whedon has seemingly shot himself in the foot for the depiction and reduction of his strong female characters.

There is a certain point, perhaps it was when Stark put on the Hulk-buster suit and those two went at with a complete disregard for local infrastructure and small business. At the end of that fight, if I remember correctly, it could have been the first time that I laughed out loud when Stark’s super bulked up fist came in from stage right and knocked The Hulk right the fuck out. To that point though, where was the fun? Where were the laughs?

And Tony’s quip, at the end of the film, about Thor’s disregard for lawn maintenance when he went back home to Asgard was, was, really? That’s the best we can come up with? A joke about the Norse equivalent of your dog pissing on your lawn?

Am I not entertained?!? No. No I wasn’t. And it makes me somewhat sad because you should enjoy yourself when it comes to the spectacle of Marvel. The first Avengers film was really fun. It was a good time at the cinema. And Age of Ultron, should have been as well. All the boom, flash, bang, augh, was there. And for the most part it was relatively coherent boom, flash, bang and augh.

But I did not enjoy myself as much as I did when I went to see the first one. 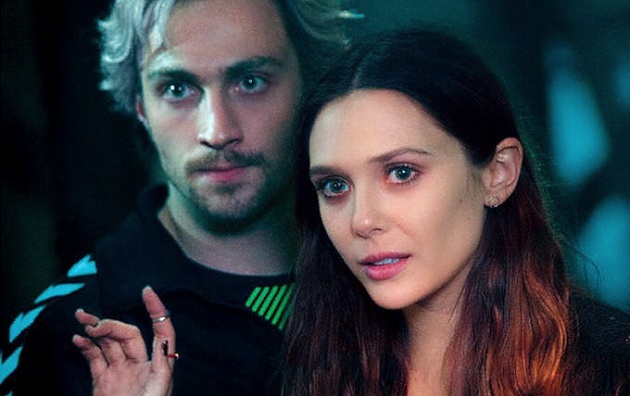 Last weekend I must have seen Age of Ultron in the best way possible. It was in a 3D IMAX and I was accompanied by three boys aged 13, 12 and nearly 11: my son and two nephews, who together had (re) watched Guardians of the Galaxy and the first Avengersthe night before. Needless to say, much fun was had by all.

I do understand everyone likes the first film better. So do I: it was a happy surprise, being enjoyable and clever, instead of the execrable piece of dreck it seemed on paper. I mean, a team with Thor and Captain America? That would maybe work in the comics of the sixties, but surely not in the cinemas of fifty years later... yet work it did, and I left the cinema three years ago remarkably satisfied, elated even.

But that was then, with the future of the Marvel Cinematic Universe still wide open. Now we're at the edge of "Phase II" and "Phase III", and whoever does a film in this Universe needs to keep a daunting number of plates spinning at once, like a magician.

Age of Ultron especially needed to tie the past to the future, and at the same time had to tell a stand-alone story, with a huge cast of characters who all need their own moments-in-the-limelight. It's a multidimensional puzzle for sure. And again, Joss Whedon managed to do the impossible and made a watchable film under those circumstances. I'm amused by the people nitpicking at plot strands or character details; the fact that nitpicking is even possible is amazing when you think about it. Compare this to any of the Transformers sequels, and you see Age of Ultron existing on a whole different level of quality.

Sure, fatigue set in somewhere after the 251st android got smashed, and several hundred more poured into the screen from all corners. But what kept me awake was that I still cared for all these heroes, and that's no mean feat. Age of Ultron is not an embarrassment, and allowed me several more hours with this team, enjoying the chemistry between these characters. And for that, I'm grateful. 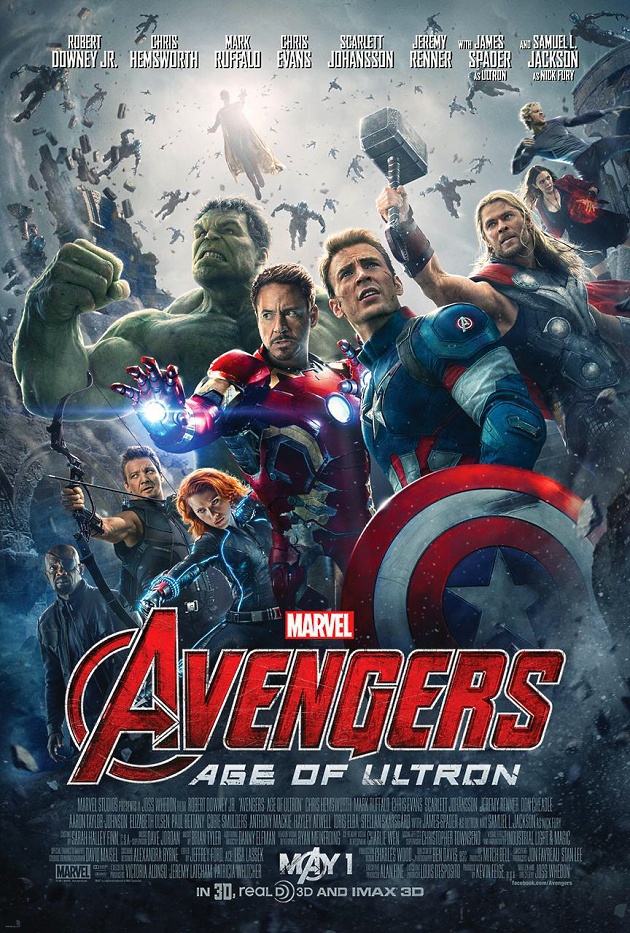 And this is where we leave our heroes: on their journey to Infinity (Wars) and beyond!

More about Screen Anarchists On