AVENGERS: AGE OF ULTON: What To Expect From The Special Features 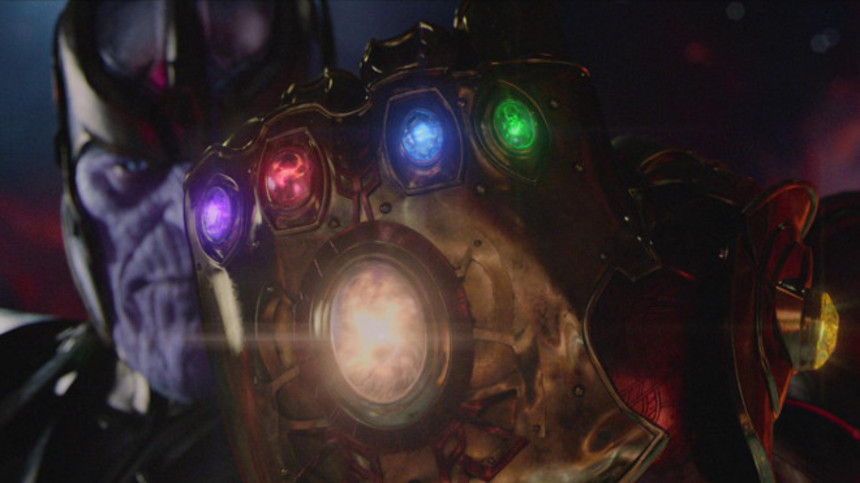 The DVD and Blu-ray release of Avengers: Age of Ultron isn't bursting with special features, but there's enough here to provoke some interest and discussion. I got to watch the bonus material - which includes two featurettes, a gag reel, and four extended/deleted scenes - last night and I'm going to tell you all about what to expect. Obviously, there'll be spoilers from here onwards.

The gag reel is just a longer version of one that's already making the rounds online but it has got a whole load of great laughs that showcase the easy camaraderie among the cast. It must be noted that while he's barely even in the film for more than five minutes, it's Stellan Skarsgard who steals the show in this set of bloopers with his increasingly ludicrous off-hand requests to one of his students.

A lengthy "making of" is the first of the two featurettes, and it really gives you a good amount of insight into what went on behind the scenes on the film. It's interesting to see the effort that went into picking the locations and casting choices but what's much more intriguing is seeing the process of Paul Bettany's elaborate makeup and getting a few more glimpses at various actors working on motion-capture while Andy Serkis talks about the progression of the technology and how it allows actors to give better performances.

It's all stuff we've heard about before, but it's always fascinating to see actors at work while wearing tight spandex and covered in dots. And in this case there's an extra level of the unusual, given that James Spader had red dots a few feet above his head so that other actors would know where to look to be looking at Ultron's eyes.

The second of the two featurettes is all about the Infinity Stones, and it makes sense of some of the complex Marvel mythology that diehard comics lovers will know by heart but that many of us find a bit puzzling. Essentially, if the movies themselves haven't done a good enough job explaining this for you (and, let's be honest, they haven't), this should do it.

It's a relatively quick rundown of what the stones we've seen so far do and which ones we're yet to see. It clears up that the Tesseract is the Space Stone and can control inter dimensional travel, the Aether from Thor: The Dark World is the Reality Stone, the Orb from Guardians of the Galaxy is the Power Stone (both of these ones have rather vague powers, at least at this point) and the Mind Stone is the one that was in Loki's spectre and is now in the Vision's forehead.

The remaining two are the the Soul Stone and the Time Stone, and they're sure to appear sooner rather than later. This featurette also closes on the main image on this article (above) that many are suggesting is from an upcoming film that shows Josh Brolin's Thanos holding all the stones in his gauntlet, but I'm almost certain that is brief clip is visual effects work done on the Age of Ultron end-credits scene, rather than being new footage.

I'm sure what you're all much more interested in is the deleted scenes, though, and what I'll say to begin with is that I feel like all of these could've remained in the film to give it some much-needed flow but it's also clear why they were cut because they're largely concerned with extra exposition and closing the possibility of plot holes.

The first of these scenes just gives a little extra context to what the Maximoffs are up to before their very first meeting with Ultron. It's a handy scene that gives them some personality and shows them interacting with the people of Sokovia, but it's easy to see how this one is inessential.

The second of the extended scenes is similar, starting from a point that we do see in the film where Maria Hill gives Captain America the news of Strucker's death and what Ultron is up to, but this longer version fills in lots of gaps and has a bit more humour. Its reason for existence was probably to get rid of any plot holes, as it shows that Thor did attempt to contact Heimdall to locate Ultron, and it clears up why War Machine isn't involved by showing that he's got enough to be keeping busy with. While mostly exposition, a longer version of this scene clearly would've given this portion of the film a little more room to breathe.

Of the four deleted scenes, the extended version of Bruce and Natasha's talk at the farmhouse is probably the most interesting. I believe this longer version clears up some of the ambiguity that caused a little controversy about whether Natasha was calling herself a monster due to her inability to have children. The longer version of the scene continues their conversation beyond the point that it ends in the final cut and makes it a bit clearer that they're both talking about themselves as monsters in relation to the lives that they've taken either as an assassin or as the Hulk.

What is interesting is seeing Natasha suggest that they can move on from the people they've killed and forget about the terrible things they've done if they run away, only for Bruce to respond that he'll never allow himself to forget about any of the people he's killed. It's perhaps a darker note to end the scene on, but it's definitely effective and should put an end to some of the debating about why Natasha calls herself a monster.

One major criticism I have about the film is the rushed and inconsequential Thor storyline that seems tangential to the overall story. It's fairly well documented that the scene in the cave was a contentious point between Whedon and the powers that be at Marvel. The last of the deleted scenes shows us how it could've been different, but potentially even more confusing, with Thor going to the cave, being possessed by the Norn (some kind of inter-planetary spirits that Google tells me may have a part to play in the next of Thor's adventures) and then speaking their answers through him to Erik Selvig.

It's weird, but it's a stranger and meatier scene for Chris Hemsworth and it makes it clear that the eventual subplot was cut to bits and the final cut of the scene features dialogue that was entirely dubbed over (you can see that neither Thor or Selvig are shown with their lips moving in the final film).

Ultimately, it's a solid set of special features. The gag reel is loads of fun, the behind the scenes featurette is interesting and the spotlight on the Infinity Stones does a good job filling in what the films have been unable to explain clearly so far. The deleted scenes are mostly fascinating in that they hint at what may have been in a longer cut of Age of Ultron and remind you just how heavily edited the final product feels. There must be loads more than this left on the cutting room floor, and I'm sure to not be the only one interested in what Joss Whedon's vision that we will never see for this film really was.

Avengers: Age of Ultron is out on DVD and Blu-ray from 14 September in the UK, and from 2 October in the US. It's already available for digital download and will be coming to Netflix in the not too distant future.