Destroy All Monsters: Ruling The World Makes Assholes Of Us All, And Other Things I Learned From AVENGERS: AGE OF ULTRON 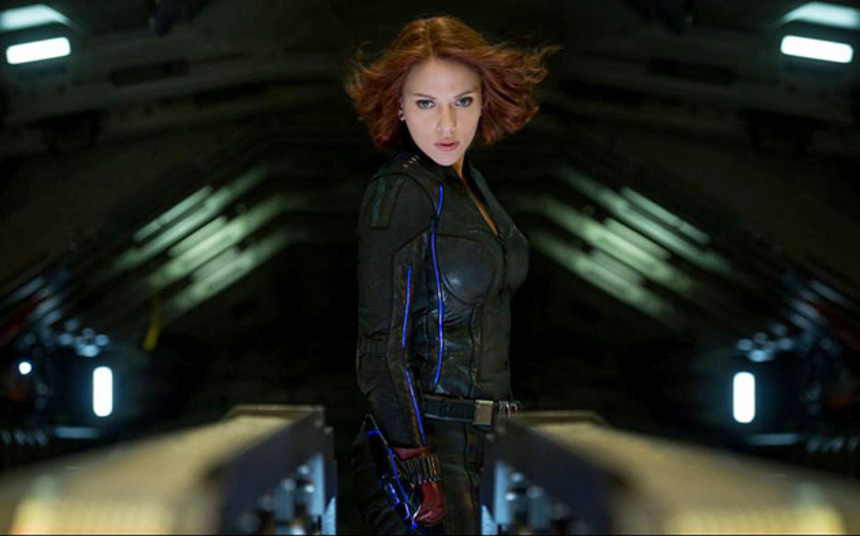 The dust continues to settle. At around a quarter after ten last Thursday night, in the first North American screenings of Marvel's Phase 2 capper, Avengers: Age of Ultron, a big chunk of the fictional country of Sokovia broke apart and fell back to earth, a colossal mess if not quite the extinction-level event that was promised. It proved an apt metaphor for everything else.

Everything that rises must converge, and everything that has been rising in the Marvel Cinematic Universe project converged in Ultron - not just the fifty-ish plot threads of the last ten movies that tied together in a knot and/or hammer-lifting party scene in the latest MCU movie, but everything outside the movies, too.

Marvel is now the dominant voice in the conversation of how mainstream filmmaking is going to work for at least the next decade or two. It has come by this kingship honestly: let us never forget that eight or nine years ago, this was all still a really new, really dodgy proposition. There was a time when an Avengers movie built on five other loosely-related movies seemed like a hair-brained gamble.

That time was Before.

There were other things about the Before-time, too: Joss Whedon was a geek auteur television creator who couldn't, apparently, catch a break on mainstream popularity, and whose sole feature film was an under-performing fan love letter that about eleven people saw.

Robert Downey Jr. was a multiple-strikes substance abuser fresh out of jail who was literally uninsurable on movie sets. Jeremy Renner was a sometime-television actor wiseass working in middling independent movies.

Black Widow, the character, was a supporting comic book creation and occasional Avenger with a complex history of morally questionable missions, decisions, and behaviours.

What the Avengers project did to these varying people and things was saddle them with responsibility. And responsibility, it has turned out, was - like that giant, cracking piece of Sokovia rising into the air - too much weight for them to bear.

Let's start with Black Widow, since she's the easiest, being - as dickhead Renner pointed out in an otherwise patently unforgiveable failure to get the point - a fictional character. Black Widow's status as the only female Avenger (until the last scene of Ultron, anyway) has turned her into a lightning rod of varyingly delicate and indelicate questions about context, content, and form.

There's something quietly feminist about Widow's presentation in the original Avengers movie, in that her being female is never part of the conversation - except perhaps in Loki's "mewling quim" scene, and even there, only as a point of departure from the expected script of love and doe-eyes.

From the success of The Avengers, Scarlett Johansson took off on a world tour of fascinating, counter-mythology roles, from Her to Under the Skin to Lucy (and even, to an extent, Captain America 2), only to land in the middle of an all-ways clusterfuck of bungled representation in Avengers 2.

Suddenly, Disney was refusing to merchandise the character; Black Widow (being the only female, and all) was being hooked up with one of the boy Avengers to give him power and motivation; and the Red Room / sterilization thing happened, and it all went to hell. Wherever you stand on the "monster" conversation between Black Widow and Hulk, one thing is eminently clear: this issue didn't have to be there at all. It's a writing fuckup; bad clarity in simple dialogue. What happened?

What happened was Joss Whedon, who used to be the most likely standing template for a male feminist (at least in the pop culture sphere), and is now off licking his wounds somewhere, having jumped of Twitter on Monday for reasons unknown, and whose script and execution for Age of Ultron is oftentimes beautifully rich and othertimes startlingly off-model, both for him and for Marvel.

Age of Ultron mirrors and responds to Avengers in interesting ways, but it's also a clear the decks / "I'm outta here" final pass by Whedon, whose stewardship of the big rocks of the Marvel franchise has fit him uneasily since day one. The film is nearly overwhelmed by its responsibilities to canon - one can easily see the cause of Whedon's recent, visible exhaustion - and by, well, responsibility.

The problem with a movie like Avengers 2 is that it has to be Avengers 2. It is the nexus of two narratives: the story within the Marvel Cinematic Universe, and the story out here with the rest of us, where we are - for whatever reason - becoming less and less forgiving of properties that we are told in advance we are going to like.

Underdogs are easy to turn into delighters. Iron Man, The Avengers, Thor and Guardians of the Galaxy were underdogs. Avengers 2, though, can't be an underdog. It must be all things to all people, the patriarch of the whole MCU family; and it has a responsibility to represent everything and everyone and do so perfectly, or fail.

Oh, it will make a metric bucket of money and I will watch it fifteen times, but it fumbles enough balls - the Black Widow stuff primarily, but also the overburdened plot and the less-than-excellent characterizations for both Iron Man and the Hulk - that the stuff the movie does really well (the direct counter-argument to Man of Steel; that scene with the Vision; and yeah, Hawkeye's little speech about the bow and arrow) recede into the noise. And Age of Ultron has a lot of noise.

Another thing the movie definitely does well: Age of Ultron directly, and beautifully, reasserts the purpose of the hero in the superhero movie; it draws a clear visual line between firefighters in New York City and the made-up comic book guys running around Sokovia protecting civilians.

This is what these characters should be here for: as icons, differently-flavoured conceptual arguments for the basic tenets of human decency. These are characters for kids, after all; and kids (and, let's face it, adults) need frameworks for how to be moral people in an overburdened world.

But the principle of these characters as icons was shattered before the movie was even released, by press-tour shenanigans on the part of Jeremy Renner and Chris Evans and Robert Downey Jr., which - hopefully - will not filter down to the level of the children these characters are meant to inspire, but whose clouds of dust have made the conversation toxic for the rest of us nonetheless.

Actors are not their characters, but the pantheon of gods and demi-gods that mega-franchising now requires run dangerously close to requiring them to be. Kids are wearing these people on t-shirts, going to school dressed as Thor, carrying Iron Man lunchboxes.

For good or ill, the interplay between the performers, their performances, and the endless merchandising of each and every Avenger (except Black Widow), is very quickly setting up a value system that is going to be the bedrock upon which a large portion of our popular culture will stand for the foreseeable future.

And that bedrock is already cracked, coming apart; it carries vivid strains of institutional sexism, slut-shaming, skewed minority representation and overarching, toxic masculinity. The Avengers are this year's benchmark for how this culture sees itself; and as such, demonstrate painfully how far we have to go.

Destroy All Monsters is a weekly column on Hollywood and pop culture. Matt Brown co-hosts the Super Zero and Mamo! podcasts, lives in Toronto and on twitter.