Sundance 2015: ScreenAnarchy Wraps It Up With Our Reviews And Top Picks

This year's Sundance Film Festival was eclectic as ever, with a slew of standout films, including big winners Me, Earl And The Dying Girl and The Witch. It was also a year where sales were more robust, no thanks to some near-recording setting numbers. We've got it all broken down for you in our festival wrap up below with links to our previews, reviews, and interviews and some of our thoughts on the festival's offerings from all of those who attended.


Ryland Aldrich, Zach Gayne and contributed to this story. 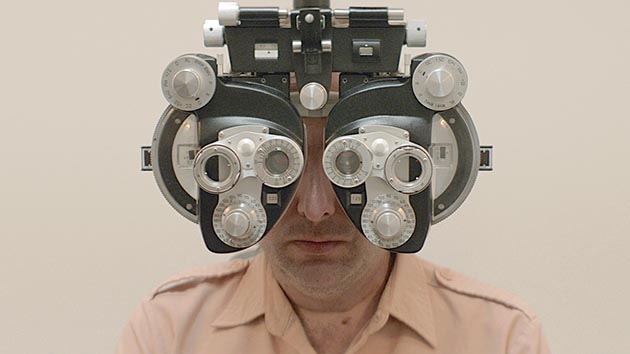 What was your overall favorite film?

Ben Umstead - I've got a three way on my hands: The absurd odyssey Entertainment, the high-pop of Tangerine, and the spectacular Things Of The Aimless Wanderer left me delighted and bewildered. 2015 is off to a great start with these three stunners.

Ryland Aldrich - It was an abbreviated fest for me, but there were no shortage of great films I managed to see. However the one film I walked away from Park City knowing would end up on my Top 10 of 2015 in 11 months is James Ponsoldt's excellent The End of the Tour.

Jason Gorber - I had a pretty terrific year of films, with only a few stinkers to mar the fun (looking at you, The Bronze). The film that I think needs all the love it can get is Z for Zachariah. It's a stunningly elegant film that has a quiet and subtle nature that I fear will be overlooked by some. Star power should help bring people to it, but given that it requires some contemplation to bring out its depths I think it could use some champions. I also adored Me & Earl & The Dying Girl, as well as Slow West

Zach Gayne - Given that the week was chock-full of mind blowing stories and images, this is a very tough call. Part of me wants to shout out Patrick Brice's deliciously shocking satire of open-minded, 'evolved' LA couples, The Overnight.

The other part of me is still reeling from Rick Alverson's Enterianment, the surreal odyssey of The Comedian, an off colour 'entertainer', whose own life is so bleak, to call it comical is to have a darkly grim outlook on the definition of funny. Full of mesmerizing imagery, Entertainment is a challenging work that viscerally deconstructs the concept of entertainment value.

I can't wait to re-experience both films upon their theatrical release. Shall we call it a tie? 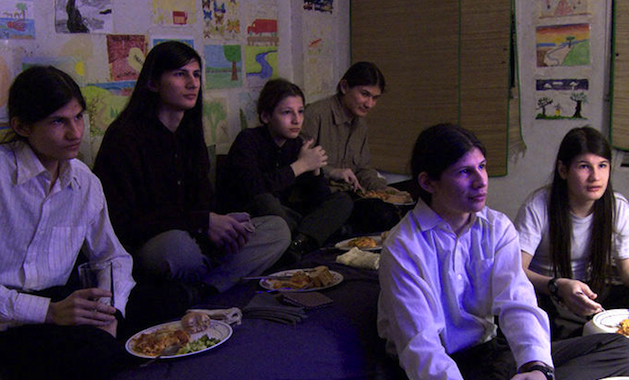 What title disappointed you the most?

Ben Umstead - Hellions was not fun or clever, at all. And it should have been.

Ryland Aldrich - This is a cop out but I honestly didn't see any terrible films. Instead my biggest disappointment is I didn't get to catch some of the standouts like Me and Earl and the Dying Girl.

Zach Gayne - I was extremely fortunate upon the packed week's end to discover that I had chosen my titles so wisely, that I wouldn't be equipped to offer a title for most disappointing film. That said, all I can offer is my list of shame aka titles that regretfully slipped through the cracks on account of my allegedly 'good' choices. I'm still asking myself: how is it possible I attended Sundance and managed to miss: End of the Tour, Montage of Heck, Me Earl and the Dying Girl, Nina Simone, Going Clear... Reading these mishaps back, all I can say is, dammit! 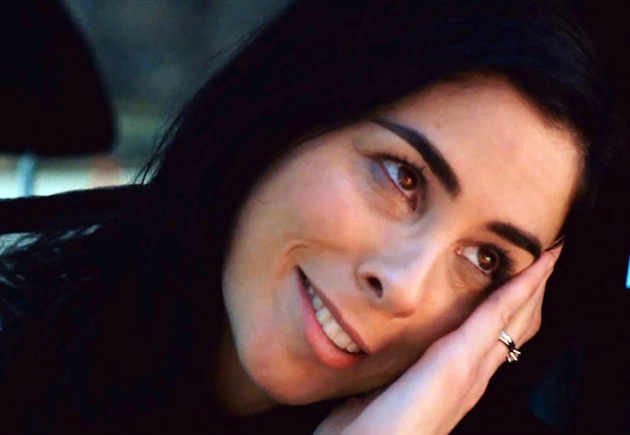 Ben Umstead - You may think me crazy for saying this now, but mark my words: Gregg Turkington's turn in Entertainment is going to be legendary.

Ryland Aldrich - Jason Segel in The End of the Tour.

Jason Gorber - Weirdly I often have a hard time pinpointing a particular performance from a festival - there are just too many films of diversity and style that it's rare that a single role pops out. If I had to pick two i'd signal out Anya Taylor-Joy in Robert Eggers' fabulous film The Witch and Thomas Mann in Me & Earl because roles in Viking Quest and Project X, respectfully, did not lend me to believe they'd star in some of the best film of the year.

Zach Gayne - It will surprise many to see funny girl, Sarah Silverman, starring in I Smile Back, a hard look at suburban depression without a shred of comic relief. But even more surprising than her appearance in the film is her jaw dropping performance, brimming with so much intense honesty and realism, it's astounding. Apparently Silverman is one of the bravest and most talented actors in Hollywood. 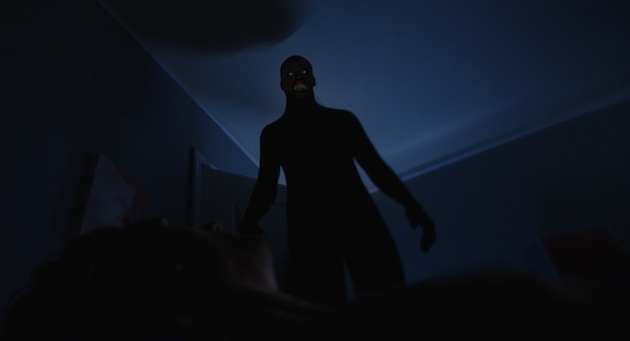 What was your favorite documentary?

Ben Umstead - I did the math, and same as last year, I saw no docs at Sundance. But I do recommend the Slamdance doc Concrete Love

Jason Gorber - I haven't done the math, but I'm pretty sure for the second fest in a row I saw more docs than features. I'm again going to cheat and highlight three - Cartel Land, Kurt Cobain: Montage of Heck and Best of Enemies - as films that quite frankly embarrass the likes of The Wolfpack

Zach Gayne - I have a great deal of love for Drunk, Stoned, Brilliant, Dead: it effectively tells the golden story of National Lampoon , while being entirely as funny as the publication itself, in the process.

But it it's hard for a typically-told documentary to compete with Room 237's director, Rodney Ascher, follow-up stunner, The Nightmare - a viscerally haunting doc about the curse of sleep paralysis. Through chilling recreations, The Nightmare communicated the experience of sleep parasites so effectively, anyone oblivious to the haunting condition, will leave the film grateful for their ignorance... so long as The Nightmare's images don't burn themselves too deeply into it's audience's subconscious. This is a very legitimate concern. 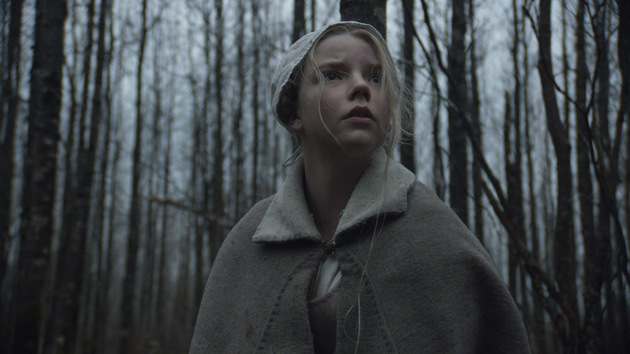 What was your top discovery of the fest?

Ben Umstead - Daniel Biro's score for Things Of The Aimless Wanderer, and the fact that Tangerine was shot on the iPhone.

Ryland Aldrich - Robert Eggers for his excellent direction of the surprise early hit The Witch.

Jason Gorber - That on the second-to-last day you can buy Mexican coke in bottles from a convenience store hidden beside the appalling "Chinese/Thai" place in the plaza beside the Holiday theatre? Or was that not what you meant? Film wise, I didn't quite have that rapturous moment I did when I saw this bad boy last year, but despite the early hype I still was shocked about how damn good Me & Earl is. In terms of out-of-the-blue shockers.

Zach Gayne - Tangerine is like that DIY band that that blows open the doors of feasibility for under-skilled musicians, offering the inspiring insight that production value isn't the key to communicating a voice. For filmmakers, Tangerine, shot on an iPhone 5 with an attachable mini-lens gizmo, is an invaluable illustration that the essential ingredients of cinema have far less to do with the gear than most give credit.

A good film simply comes down to what you stick in front of the camera. Tangerine has riveting characters, gorgeously gritty cinematography, and wonderfully authentic dialogue, all adding up to a stylish window into the seedier-than-most-know streets of Donut World, Los Angeles. The ingenuity and heart of this film are the stuff filmmaking dreams are made of. 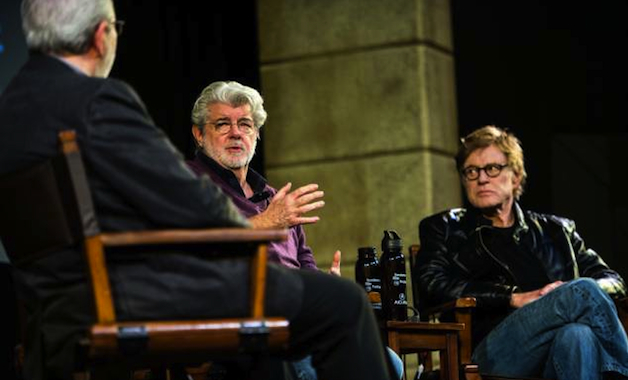 Finally, what was your favorite Sundance moment?

Ben Umstead - Having dinner with Jason. Helping Zach navigate his first Sundance. Meeting the girl, losing the girl, finding the girl. And Slamdance.

Ryland Aldrich - I wish I could have been there longer, but the best Sundance moment for me was the one midnight movie I got to see (at The Library of course), the uber fun boys-will-be-boys actioner Cop Car. That's what Park City at Midnight is all about.

Jason Gorber - I was blessed with plenty of amazing moments - chatting with the likes of major celebs like George Lucas and Robert Redford to deep conversations with the likes of Robin Weigert and Craig Zobel. Giving Jack Black a hug after his stage-crash at the Meat Puppets concert celebrating the Cobain film was pretty good, as was having a brief conversation with Edgar Wright where the jury member couldn't show his cards at all about the films he was responding to, or getting a present of a What We Do In The Shadows disc from Jemaine Clement.

To pick one, I'll be gushy and say it was spending time with Ben Umstead and running into Zach Gayne and Ryland Aldrich - we're a scattered bunch here at ScreenAnarchy, and rarely get to connect with people that otherwise we know only in virtual ways. Festivals are ways for us film folks to collectively gather, and getting a chance to spend time with them and a slew of my other colleagues/friends that I see at events such as this continues to be a thrill, like a summer-camp reunion several times a year.

Zach Gayne - During my brief red carpet chat with Lily Tomlin at the closing night premiere of Grandma, I couldn't help but bring up idol, Robert Altman, the man who offered Lily her silver screen debut with my often cited, favorite film, Nashville. Tomlin, who after Nashville had roles in three more wonderful Altman films, was caught off guard by the evocation. Before answering, with a lifetime of memories that seemed to suddenly overwhelm her, Tomlin breathed out a hefty sigh, the weight of which still brings tears to my eyes every time I think of it. I couldn't shake the moment for the rest of the night, nor did I want to. Nor do I ever wish to forget the blessing that was the generous enemy of bullshit, Robert Altman. What a heavy loss his death was for cinema, but more pertinently, to those close enough to him to have had the honor and pleasure to personally love him.

Do you feel this content is inappropriate or infringes upon your rights? Click here to report it, or see our DMCA policy.
edgar wrightentertainmetfestivallily tomlinme earl and the dying girlracing extinctionrobert redfordSundancesundance 2015the witchwrap-up