Sundance 2015 Review: THINGS OF THE AIMLESS WANDERER, A World-Class Stunner 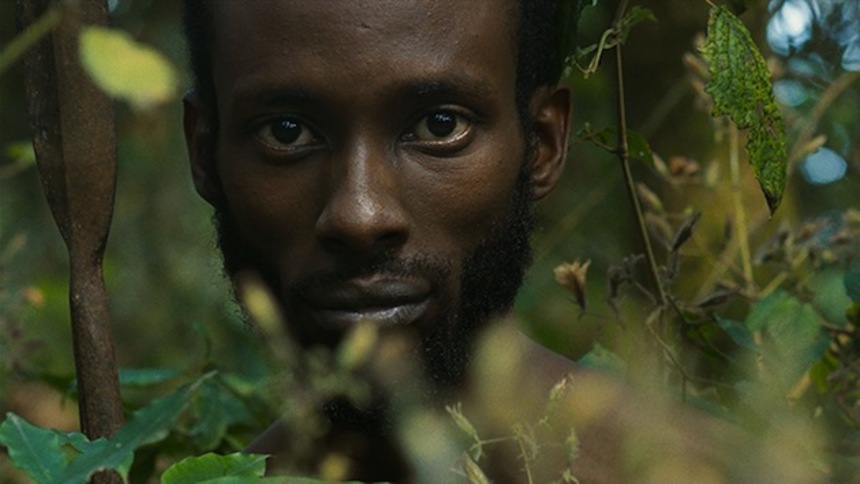 To be absolutely mesmerized by a film, I mean totally transfixed, is a rare happening in cinema, but should be the norm, right? Rwandan director Kivu Ruhorahoza's Things Of The Aimless Wanderer is just such a film. Spectacular and ambitious in all its working parts, it catapults cutting-edge African cinema onto the world stage with the intensity of a new religion.

Ruhorahoza's efforts are made up of a pure cinema, observant and immaculate, cutting deep swatches into East African culture, post-genocide. It posits questions of what a modern Rwanda looks like, wondering where  Western influence and agendas end. This work is reminiscent of such filmmakers as Werner Herzog, Miguel Gomes (Taboo), Chris Marker (Sans Soleil) and Apichatpong "Joe" Weerasethakul (Uncle Boonmee Who Can Recall His Past Lives), towing the line between narrative and doc, scripted and found story.

Ruhorahoza's approach begins with a prologue set in colonial times. A white explorer (Justin Mulikin), called a wazungu by the local Bantu tribe for their aimless ways, is stalked by one of these men of the rain forest (Ramadhan Bizmana). It's big-scale travelogue filmmaking at is most primal and astounding. Daniel Biro's score bellows across the treetops as we become entranced, losing ourselves deeper and deeper into the forest, until the white explorer comes face to face with a young tribal woman (Grace Nikuze). A jarring set of "tears" across the frame take us to contemporary times with the same three actors in a night club. This sudden shift makes the prologue swell with even more historical concern and context, pitting its trio as a set of spirits that will eternally play out their roles.

From there on three Rashomon-style scenarios about the disappearance of a local girl play out. Each shard of the story shows a slightly different hypotheses, each of our trio playing alternate universe composites of a western journalist, the local informant and the missing girl -- both seen as a prostitute, alluring in her power and sophistication, and as a local student, distraught and broken. None of these tales are cohesive. They are purposefully fragmented, torn apart, restitched, spun around and seen again, emphasizing the flux of life and identity in Rwanda. But, make no mistake, the filmmaking is in no way frenetic or confusing. Ruhorahoza's cinematography holds a patient frame, allowing us to sit in the space and ruminate over what we are seeing far longer than most films. This total immersion helps us pivot all the questions the film begins to set out before us.

Indeed, Ruhorahoza's story unpacks a lot of concerns and questions around patriarchal culture, the sexual revolution in East Africa, and the local's wariness of westerners, particularly that of journalists. The narration we get over the westerner's story is of his own writing, but read by a lofty British voice. His work is filled with macho-romantic notions of the white man dominating the dark continent. It's a wonderful subversion of the local landscape, pitting us with challenging ethical and political agendas, especially as we transition into the perspective of the young woman, first as the prostitute, then as a girl (two girls?) who decides to commit suicide, instead of having a child out of wedlock: Now a major everyday issue in a culture who up until very recently had little notion of suicide.

With only two scenes of dialog in the film, Ruhorahoza relies on the faces of his actors, and indeed, each of the three players are stunning to watch; humans in their most action-oriented state, moving, prowling, pursuing. The fight between patriarchal and matriarchal mindsets create a tension that ripples insidiously underneath the film's cerebral, meditative nature.

Now, I won't pretend to understand all the nuances and complexities of modern Rwanda that are presented in the film, but Things Of The Aimless Wanderer works as an engaging primer on the ever-shifting face of Africa, and what role the West will play in shaping the land, for good or ill. But what I am absolutely clear on is this: As a pure and transportive cinematic experience, Ruhorahoza's film is like none other at Sundance this year. It is of a vital power I will cherish and ponder for months to come.
Sign-In to Vote
Tweet 0 Submit

Do you feel this content is inappropriate or infringes upon your rights? Click here to report it, or see our DMCA policy.
Kivu RuhorahozarwandaSundance 2015things of the aimless wanderer

Ruharahoza really deserves it!, I can't wait to see him back home with the triumph ! Go on my Master.....