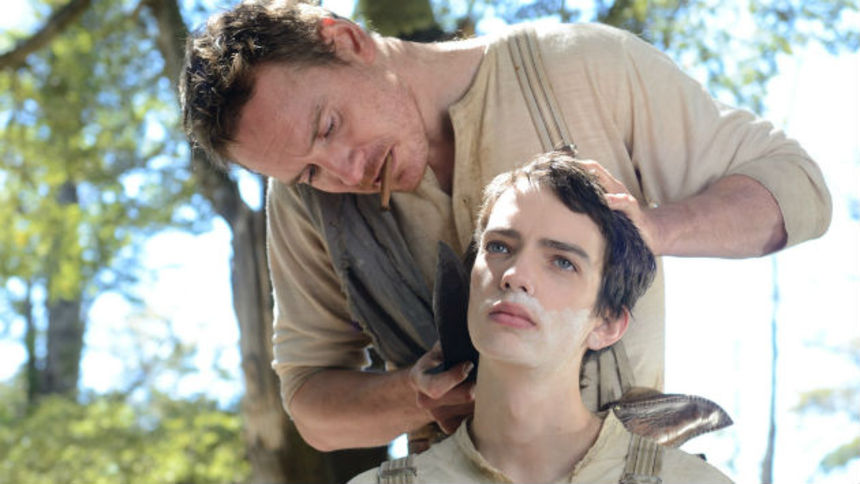 The fact that the Western is a troubled genre is hardly news. It's gone from the most prevalent narrative film style to a far more niche set of works. Some neo-Westerns, like Star Wars or Serenity, go operatic, taking the motif and putting a sci-fi spin on it. Others, like Unforgiven or even The Lone Ranger, put a world-weary spin on the genre, while the 3:10 To Yuma remake reminds that action was always at the core of many of the films. Then you have the introspective films like the deeply philosophical Dead Man, which used the archetypes of the Western to delve deeply into both physical and psychological frontiers.

Slow West has a wonderful combination of all these elements. It's an action movie in many ways, a road-trip through the wilderness that results in arrow flings, gun shots, and the odd murder or two. It also has moments of deep reflection, not just in terms of fireside chats but also edging toward the surreal, including an exquisite tableaux involving the skeleton of a hapless tree feller.

There are iconic characters, including a lovelorn young buck (Kodi Smit-McPhee) looking to reunite with the object of his affection (Caren Pistorius), who runs into a bounty hunter (Michael Fassbender), who, in turn, is estranged from his former gang, led by Ben Mendelsohn.

Yet despite these cut-and-dry character tropes, the film does a really nice job of playing with expectations. Mendelsohn's coat alone is worth the price of admission, and he again makes for one of the most compellingly sinister guys on screen. Fassbender is equally perfect in this role, a wonderful mix of Han Solo's banter and Clint Eastwood's Man-With-No-Name swagger. Pistorius plays no shrinking violet, and the film's relentlessness and at times bloodcurdling nihilism is one of its charms.

The film also touches upon the actions and plight of Aboriginal Americans in provocative ways. It's not quite "Stupid Fucking White Man" territory, a la Jarmusch's masterpiece, but there's still a sense of understanding and reflection about what's being lost in the West with the expansion of settlements that at least acknowledges the ambivalence at the heart of American progress.

Above all, the film is highly entertaining. Even the walk-and-talk scenes are rich and full of colour. This is helped by the redolent scenery that director John Maclean captures in New Zealand. We've become conditioned to John Ford's vision of the West, so the other-worldly beauty of the land of the Kiwi makes for a slightly disjointed take on this iconography (and, no, it doesn't just look like a series of shots from Rohan in Middle Earth... OK, maybe a little, but not entirely).

As the story plays out, there's a kind of tranquility as the pieces come into play. Yet throughout it all there remains a completely engaging pace to the storytelling. It's as comfortable as a warm blanket by the fire, a sense that you're in good hands hearing a good yarn being told. This is storytelling, both in terms of narrative and visual capability, that is of the top order, and Maclean tops himself with this remarkable work.

Sometimes the most old-fashioned way feels the freshest. Yes, the film is certainly self-aware of the archetypes that it plays with, but this never comes across as obnoxious or smug. Yes, it's a neo-Western, but it's an exceptional one, a tale told with a deft touch. Slow West is a lovely journey indeed, a journey to the wilderness that is not soon forgotten.