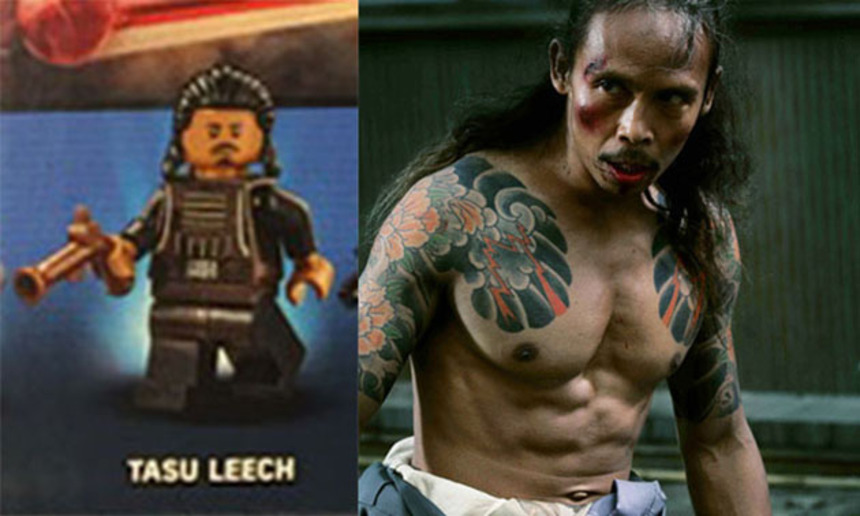 Avoiding Star Wars spoilers is hard, especially if you, like me, have an unhealthy obsession with the ancillary merch that comes along with releases like this.

As the proud owner of nearly every Star Wars Lego set (only a few Clone Wars and Rebels sets have been skipped since the late '90s) I'm of course interested in what's to come, while also wanting to still be surprised when we awake to The Force Awakens in December.

Some box art for the new Millennium Falcon showed up on several sites yesterday, and the minifigs listed on the side showed a few choice details, including old Han Solo and how they'd craft that already lovable BB8.

Yet it was a character we've not heard much about, Tasu Leech, that struck me most - could this bearded, long hair, noticeably tan figure be in fact one of the long rumored-yet-not announced cast members? Even at SDCC there were some clamoring for more Asians in the cast, would this fit with what we've heard?

In the above-my-paygrade work here at ScreenAnarchy, our boss Todd spilled the beans that a trio from Gareth Evan's Raid 2 were set to make an appearance - Iko Uwais, the film's ostensible star, Yayan Ruhian, aka "MadDog", and Cecep Arif Rahman.

It could be complete coincidence, but my money is on Yayan, and I for one couldn't be happier to think of him being in minifig form. Maybe that's Iko as the Gang member, or maybe this is all unfounded conjecture.

Whomever it ends up being, Tasu's clearly an integral enough character to be associated with one of the more iconic film vehicles of all time, and the fact that we're even speaking in the same breath about cast members from The Raid in Star Wars makes me quite happy - After all, one's a film that got me to write for ScreenAnarchy in the first place, the other a film that, well, made me, full stop.

We can all hope that a character named Leech doesn't suck, and will still be waiting to see just who this Tasu ends up being. In the meantime, it's still fun to speculate, with many more surprises yet to come.
Tweet Post Submit

More about The Raid