TV Beat: HOUSE OF CARDS, Season 2 Brings The Pain And The Power 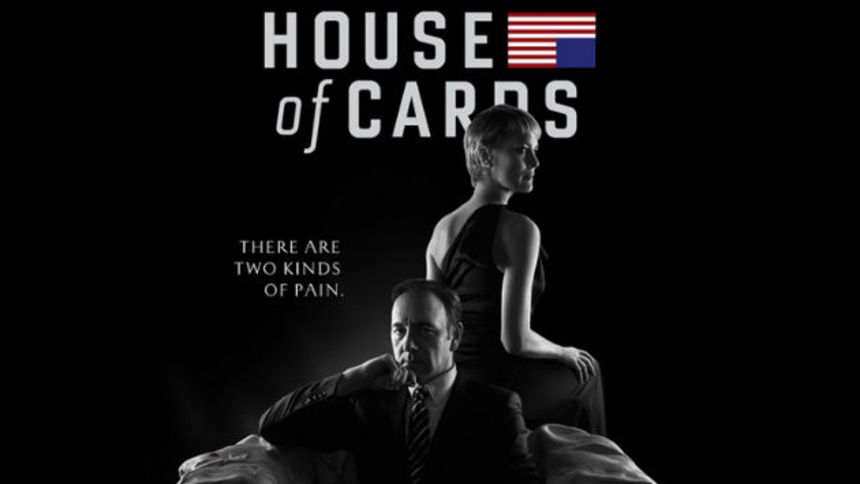 Collateral damage continues to pile up in Season 2 of House of Cards, which continues the story that began in Season 1 with nary a breath between.

The series revolves around Frank Underwood (Kevin Spacey) and his wife Claire Underwood (Robin Wright). They are a political team par excellance, equally responsible for building the titular house of cards, which threatens to topple over with every new plot twist. Pound for pound, they are the strongest and yet the most flexible pair in Washington, D.C., merciless in their quest for political power and personal glory. Tracking their machinations is rather like staring into a work of art by M.C. Escher: where does one begin and the other end? Where does one scheme end and the next begin?

On paper, it's enough to drive one mad, as I well recall from binging on Season 1 last year. This year, I wanted to devour the series in smaller bites, and considered re-watching the first season before digging into the second, but when I found myself awake at 2:00 a.m. this past Friday night -- the witching hour when Season 2 became available on Netflix in my time zone -- I couldn't resist watching (at least) the first episode.

As Season 2, Episode 1 unfolded, I realized the plotlines from last year had faded from memory. I couldn't even quite remember how the final episode had concluded. But the characters quickly came back into focus, especially Francis and Claire. Together they are the center of this universe, around which the other characters orbit. Spacey has more screen time and is, for all intents and purposes, the protagonist, but he feeds on the energy given off by Wright. They are contained in their outward expressions, yet mighty in their internal emotions. No matter how cold and dispassionate their treatment of others, their calculations are always hot-blooded in defense of themselves as a force of nature, drawn inexorably to the apex of power.

The first two episodes of Season 1 were directed by David Fincher, and I felt they were superior to the other episodes, which, I thought, played out unevenly. Season 2 strikes me as more consistent in its above-average quality. Perhaps because Fincher didn't direct any episodes, perhaps because I watched Season 2 in smaller bites spread over a longer period of time -- 13 episodes in 34 hours -- or perhaps because the production team has a more certain hand in guiding the flow of the overall story. 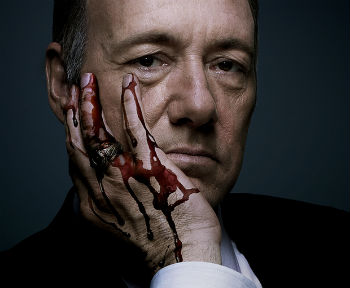 Once again, the season is designed for binge viewing. The first episode does not begin with any kind of recap; in fact, it's designated as Episode 14. There are callbacks to earlier events, but the show avoids flashbacks to prompt the memory. In fact, I still don't remember what happened to certain characters in the first season, even though they have significant roles in the new season. But events are less important than emotions, in my opinion, and the emotions evoked by the characters remain potent.

Creator, lead writer, and producer Beau Willimon plays a big part in the show's consistency. Carl Franklin directed the first two episodes, which got things off to a good start; James Foley, however, did the lion's share of work, directing six episodes. John Coles helmed three episodes; Jodie Foster and Robin Wright each directed an episode.

Supporting characters rise and fall, depending on their usefulness to Francis and Claire. And because those characters are played by very fine actors, and their individual storylines are integral to the narrative of the series, what happens to those characters very much matters. The performance style is reflective of how Spacey and Wright embody their roles, with subtlety and restraint.

This season, key roles are played by Molly Parker (as a congresswoman), Michael Kelly (returning as Frank's chief aide), Mahershala Ali (as a lobbyist), Michel Gill (as the President), and Gerald McRaney (as a billionaire businessman). I also enjoyed Kate Mara (as a reporter), Reg E. Cathey (as the owner of a barbecue joint), Rachel Brosnahan (as someone important to Frank's chief aide), and Kate Sheil (as a new friend), among others.

Frankly, I derived more pleasure from watching seasoned professionals create characters who live and breathe authentically than in tracking the political maneuvers of the show. Fictional films and TV shows that exist in the rapidly-changing world of politics are always in danger of being overtaken by current events. Quite rightly, House of Cards can be charged with not fully reflecting political realities, rehashing tired old debates, and overreaching in favor of sensationalism.

So be it. As for me, I found Season 2 of House of Cards to be just as absorbing and enthralling as Season 1. Even when the show infrequently becomes risible, it's smart enough to footnote that moment and move on quickly and seamlessly, as though it meant to stumble.

Then again, maybe those stumbles are intentional fake-outs, sleight-of-hand tricks in this world of very high-stakes political poker. When you're building a house of cards, your touch has to be light and delicate, yet confident that's you're always making the right move. House of Cards has that confidence in spades. And hearts. And ...

Seasons 1 and 2 of House of Cards are now available to stream on Netflix in the U.S.

Do you feel this content is inappropriate or infringes upon your rights? Click here to report it, or see our DMCA policy.
House of CardsKevin SpaceyNetflixpolitical dramaRobin WrightTV Beat