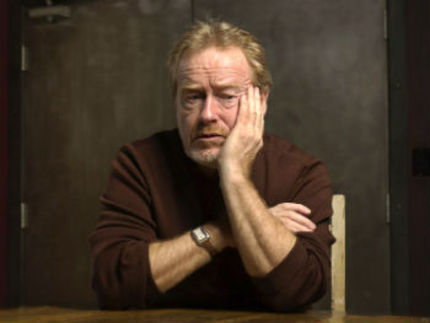 First, ciritcs and audiences fled in horror from the genius of The Counselor, and now premium cable network Showtime has rejected Ridley Scott too, declining to move forward after seeing the pilot episode that he directed for the dramatic series The Vatican.

The series was intended to be "a provocative contemporary genre thriller about spirituality, power and politics set against the modern-day political machinations within the Catholic church." Paul Attanasio (Donnie Brasco, Homicide: Life on the Street) wrote the first episode, with Kyle Chandler (TV's Friday Night Lights, Martin Scorsese's The Wolf of Wall Street) in the lead role as a progressive New York Cardinal, Anna Friel as his "very secular" sister, and Bruno Ganz as the Pope.

According to Deadline, "the pilot didn't come in as strong as everyone expected given its pedigree." Scott's production company has been involved in many television shows, with his name attached as executive producer, but he hasn't actually directed a TV show since the late 1960s. Perhaps he's simply out of practice?

In any event, Scott is busy directing the feature film Exodus, so the real loss here is the possibility of seeing Kyle Chandler on the small screen again. He's terrific in a supporting role in The Wolf of Wall Street and deserves every opportunity he receives.

Do you feel this content is inappropriate or infringes upon your rights? Click here to report it, or see our DMCA policy.
Bruno GanzKyle ChandlerPaul AttanasioRidley ScottThe Vatican