The Many Dutch Angles At This Year's Golden Calves

Ard Vijn
Editor, Europe; Rotterdam, The Netherlands (@ardvark23)
Tweet Post Submit
Earlier this month, the Dutch Film Festival took place in the city of Utrecht. As film festivals go in The Netherlands, this is the most glamorous one we've got, with a high attendance of national celebrities, cameracrews, the works. Where Rotterdam draws the international art crowd, Utrecht beckons the paparazzi.

One of the reasons so many VIPs show up is because this festival has its very own glamorous awards ceremony, the Dutch Oscars if you like: the Golden Calves.

And although awards ceremonies often say more about which films have been best distributed, and the Golden Calves ceremony sure is not exempt from that, this overview of the nominees and winners still gives a pretty decent overview of what this year had on offer in Dutch cinema. Have a look through all the pictures below, as there are more Dutch films besides Borgman to be enjoyed!

After its glorious tour around festivals worldwide, which started in Cannes, Alex van Warmerdam's latest film arrived as the big favorite at this year's ceremony.

In Borgman, a stranger --who may be the devil-- corrupts a bourgeois family from within. Read Brian Clark's review here. 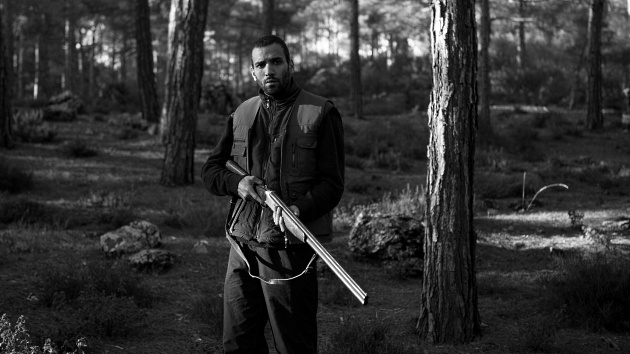 Out of these eight (!) nominations, it got the gold for Best Production Design (Lieke Scholman), Best Actor (Marwan Kenzari) and Best Direction (Jim Taihuttu). Peter Martin saw the film at Fantastic Fest and you can read his review here. 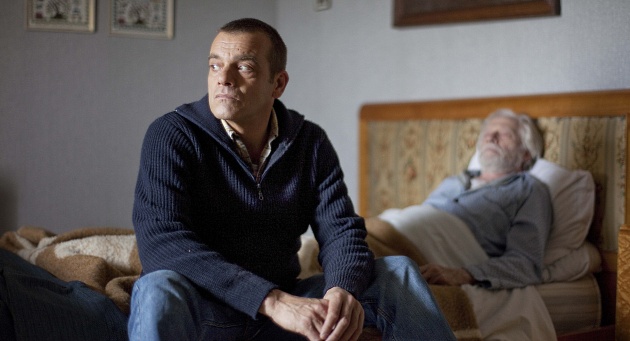 In Nanouk Leopold's film It's All So Quiet, a lonely farmer comes to terms with his feelings when he moves his dying father to the attic. A sedate film, it was lauded by the critics, especially for the lead acting role by the late (and lamented) Jeroen Willems. It was therefore surprising that his performance wasn't even nominated.

It did however receive nominations for best production design, best cinematography, best editing, best supporting actor and best film. Alas, it won none of these. 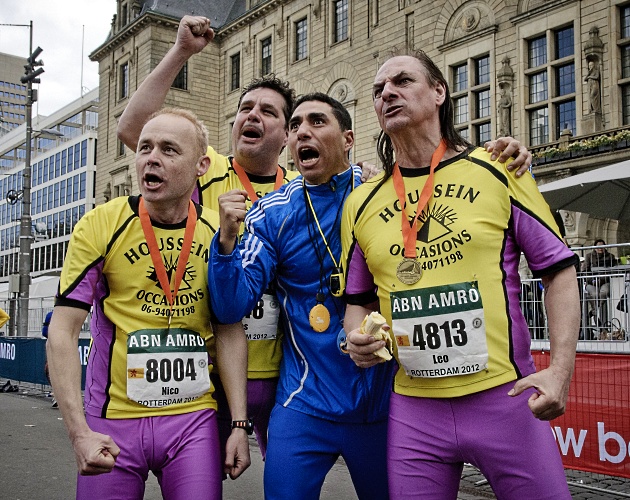 Noticeably absent this year at the awards were the big crowdpleasers. With two exceptions, of which this is the first: Diederick Koopal's comedy The Marathon, in which a bunch of out-of-shape losers need to man up and run the Rotterdam marathon, to save the garage they work for.

The Marathon got nominated for best supporting actress, best supporting actor, and best actor, which makes it look like the film is an acting tour-de-force. That is a bit too kind probably: it is a fun film, but one I had expected to pick up some of the technical nominations, not the acting ones. Therefore it was a big surprise that it actually won gold for Best Supporting Actress (Georgina Verbaan). 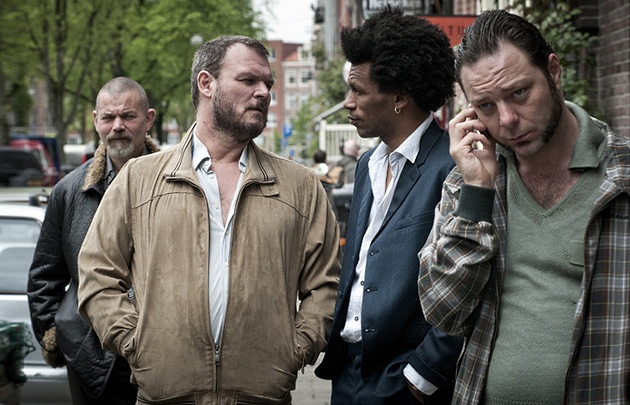 Winner of the most eye-catching title this year among the nominees was Guido van Driel's Resurrection of a Bastard, which sounds even stronger in Dutch.

This was again a film anchored by a strong lead performance which wasn't even nominated, as the category for Best Actor was almost ridiculously overprovided for this year. Resurrection of a Bastard did get a nod for best sound and won it. Sound technician Peter Warnier had a better chance than most of getting a Golden Calf, as he had scored two of the three available nominations in this category, for this film and for How To Describe a Cloud.

Resurrection of a Bastard tells the story of a Dutch gangster, who starts behaving erratically after an... incident. Peter Martin saw the film at Fantastic Fest and you can read his review here.

Runner-up to the most eye-catching title amongst the nominees was Michiel ten Horn's The Deflowering of Eva van End, a coming-of-age film in which a whole Dutch family is forced to acknowledge their own shortcomings, when they take in a perfect German exchange-student.

The Deflowering of Eva van End was nominated for best music, best supporting actress, and best actress. On top of that it was a nominee for the Dutch Film Critics award. It didn't win any of these, but got plenty of good reviews. 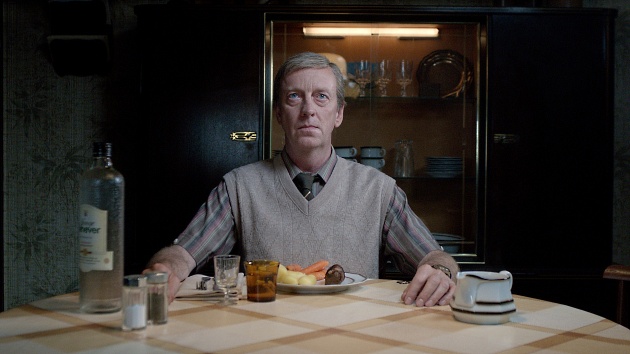 My own personal favorite only got one nomination this year, out of at least five it deserved in my opinion: Diederik Ebbinge's Matterhorn. This film was by far the most under-represented in Utrecht, despite glowing reviews and winning the audience award earlier this year at the International Film Festival Rotterdam. In Utrecht though, it was robbed. ROBBED, I SAY!

But the one nomination it got was for the very strong category of Best Actor, for the incredible performance by Ton Kas as an emotionally deadlocked man. I am actually cranky about him not winning it, although I will grant that the choice between him and Marwan Kenzari (Wolf) is an arbitrary one as both actors did fantastic work. Matterhorn is a fantastic film and you can read my review here. 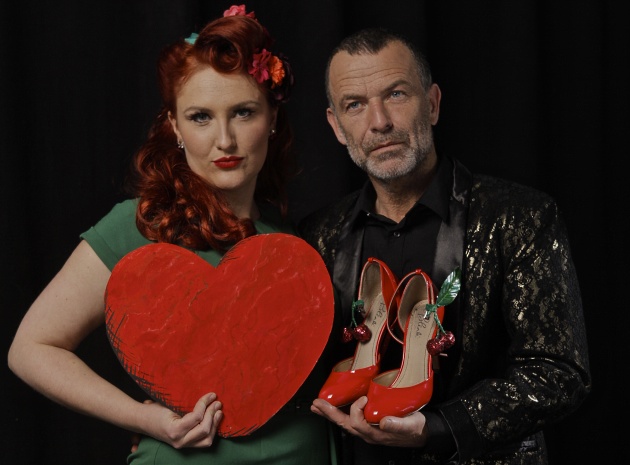 Toegetakeld door de Liefde is the debut film by Ari Deelder, starring the always great Raymond Thiry as a struggling poet who finds his muse in a burlesque model. The title means "Banged Up by Love" and the film itself has been banged around by critics, with reviews being diverse and all over the place.

It did get two nominations though, for best production design and best music. It even took home the gold for Best Music with its soundtrack by New Cool Collective. 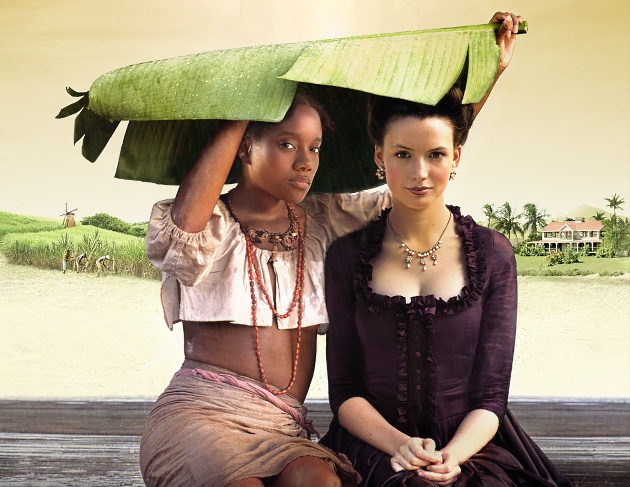 Jean van der Velde's The Price of Sugar is a slavery drama taking place in 19th century Surinam. Based on a popular novel, it tells the story of a vain young woman and her slave servant, who turn out to be half-sisters. 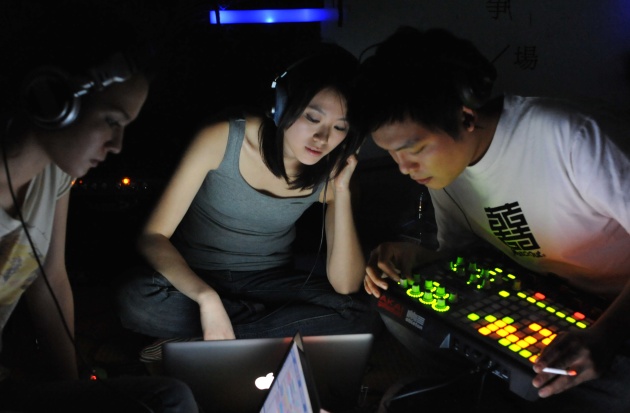 What makes a Dutch film Dutch, especially when the locations are Chinese, the actors are Chinese and not a single word of Dutch is spoken? In the case of How To Describe a Cloud, the answer is that the writer, director and producer are all Dutch. The first two roles were filled by David Verbeek, the last by Wout Conijn.

The handsome-looking production got nominated for best sound and best direction, no mean feat for a no-budget film, mostly shot with a household camera! In How To Describe a Cloud, a young woman has to re-think several aspects of her life when she has to spend more time with her blind mother. You can read my full review here. 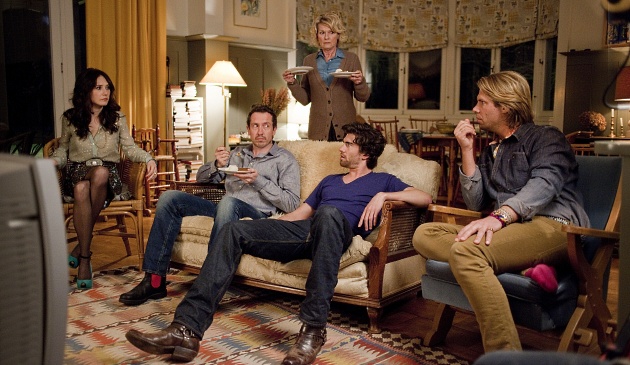 Remember I said there were two crowdpleasers amongst the nominees? This is the other one. Back in 2008, the box office success Love Is All completely dominated the Golden Calves ceremony: the ensemble comedy by Joram Lürsen, basically a Dutch remake of Love, Actually, was nominated for seven of the statues, and ended up winning both Best Film and Best Direction. This year, the sequel Family Way (again by Joram Lürsen) noticeably underperformed when compared to its predecessor, but still could hardly be called a failure.

It was nominated for Best Script and Best Supporting Actor, with Jacob Derwig winning the latter.

More about How to Describe a Cloud

More about The Deflowering of Eva van End