IFFR 2013 Review: HOW TO DESCRIBE A CLOUD 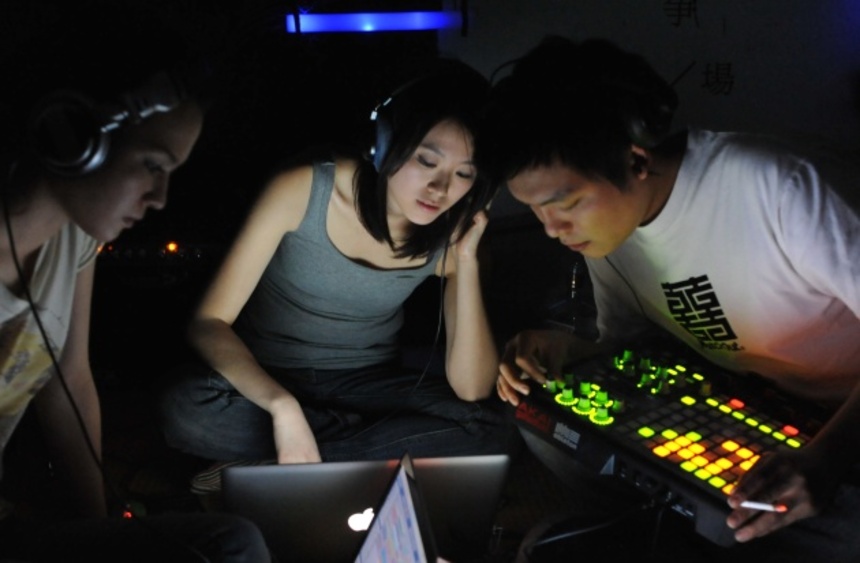 (You will not see that next-to-last shot coming. Seriously, you won't...)

While there are several big flashy films shown at the International Film Festival Rotterdam, the vast majority of titles tend to be low-budget affairs by newcomers. Introducing new names and discovering talent is one of the best-known qualities of the IFFR.

However, if you sample four or five films a day, this does make you gasp a little in exasperation when yet ANOTHER film turns to the cost-saving device of using a small off-the-shelf camera, and then only shoot long slow takes with extreme close-ups and limited fields of depth. Three of these movies in a row and you'll be cursing the filmmaker or worse: nodding off.

"But what else can I do?", I hear young and poor aspiring filmmakers exclaim. Well, you might take a good, long, hard look at what David Verbeek does in his Dutch/Taiwanese film How To Describe A Cloud. For while he uses an affordable camera, and indeed uses it to shoot slow takes with extreme close-ups and limited depth of field, his film is not boring. In fact, he even manages to surprise viewers several times.

Liling is a young musician, living in Taipei, whose mother has recently become blind. A physician tells Liling that as her mother's memories deteriorate, so will her recollection fade of what things looked like. However, this process can be halted by describing objects to her, reinforcing the memories.

Because of this, Liling starts spending more and more time with her mother again, who lives in a rural fishing village. Being out of the big city forces Liling to reflect on what she herself believes in, what she wants, and if she should pursue a relationship with an older professor she's fond of in Taipei. Complicating the matter is that her mother is convinced she is still able to view her surroundings, through heretofore unknown senses.

Dutch director David Verbeek was present during the World Premiere of his film, and was happy to explain many of the more impressive shots in his film. How To Describe A Cloud has its share of flashy moments, and while the film will never be mistaken for a big budget affair, neither does it look like the no-budget production it was.

David's weapon of choice is a regular HD Canon video camera of the kind anyone can buy, and some of the footage in his film happened because he always had the thing on him. Being woken up early in the morning by a shrieking cockatoo, for instance, made him film the animal. A few months later, a slight rewrite of one of the scenes and a shot of his actress leaning out of the window was all that was needed to include the cockatoo footage into the film.
David also shot spectacular footage during a balloon festival, and when he happened to be at the very front of a train in Taipei.

Guerilla tactics like these are nothing new of course, but what does impress is how seamlessly David has woven this trickery into his film. You almost don't notice it as improvisation and the film just looks a lot better and glossier because of it.

Smart use of filming computer screens also allowed him to shoot scenes from locations or machinery which were impossible to use as an actual location. The first shots of his film show the surfaces of far away planets, an addition which starts to make sense later in the film, when you meet the professor who Liling hopes to fall in love with.
And the closing shots... no, I won't spoil that one. Just know that during the Q&A, plenty of questions were being asked about how David had managed to get those.

But all of this is icing on a cake. How To Describe A Cloud in itself consists of a simple story bolstered by strong, natural acting from all the leads. Taiwan is an interesting location (and well used here), but any other place with a contrast between rural countryside and modern city would have sufficed. It's also a slow film and needs a bit of patience, although a sly sense of humor certainly makes it lean towards sedate rather than boring.

David Verbeek gives us an intriguing film about belief and finding your way. The story is not particularly strong, and the questions posed here are pretty common, but the execution is memorable and not without humor. While the film isn't flashy, its sense of style sets How To Describe A Cloud apart from its many, many low-budget brethren at this year's festival.

Audiences at the IFFR liked the film quite a lot and awarded it a 3.8 out of 5. 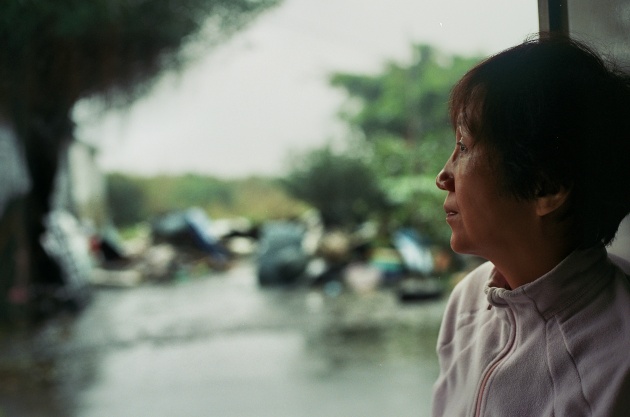 How to Describe a Cloud

Do you feel this content is inappropriate or infringes upon your rights? Click here to report it, or see our DMCA policy.
David VerbeekDescribe a CloudIFFRLu HuangYi-Ching LuPong Fong WuDrama

More about How to Describe a Cloud