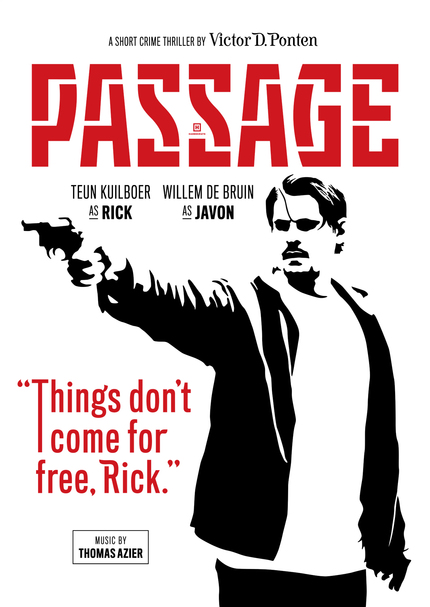 It's not all that often that we get all hot and bothered about a brief teaser for a short film around these parts but we're making an exception for the new teaser for Victor Ponten's Dutch crime film Passage for a couple reasons. First, while the teaser may be short the actual footage included is very strong, as is Ponten's past body of work. And, second, this thing's got amazing genetics, coming from the same production team that was behind Jim Taihuttu's fabulous Wolf, a film that was simply a massive favorite around these parts.

Passage is a short thriller about Rick, a young man moving up in the criminal world to see a seemingly simple task from his boss turning into a grim test of loyalty.

Teun Kuilboer, Willem de Bruin and Andre van Noord play the key roles and, should you like the look of the teaser, have no fears: The current plan is for the complete short film to arrive online Monday October 12th. Check it out below!


PASSAGE | TEASER from Habbekrats on Vimeo.