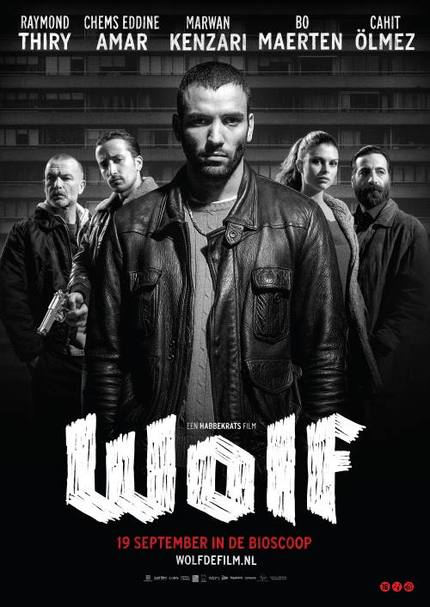 The Dutch film industry continues to surprise with what feels like a restless reinvention of itself over the past few years with the latest upcoming effort to catch the eye being Jim Taihuttu's Wolf, a film that blends elements of organized crime and kickboxing in a gritty package sure to catch the eye of early Nicolas Winding Refn fans.

Majid (Marwan Kenzari) is a talented kickboxer from a grey, anonymous suburb in the Netherlands. As his fighting prowess brings him increasing notoriety, both in and outside the ring, the lines of demarcation between the worlds of kickboxing and organized crime begin to blur, and Majid begins to lose sight of what it is he really wants...

The trailer includes English subtitles but let's be honest here: The most important language at play is the one spoken by his fists. Check it out.