Fantastic Fest 2013 Review: THE RESURRECTION OF A BASTARD, Amidst Bursts Of Violence And Dark Humor 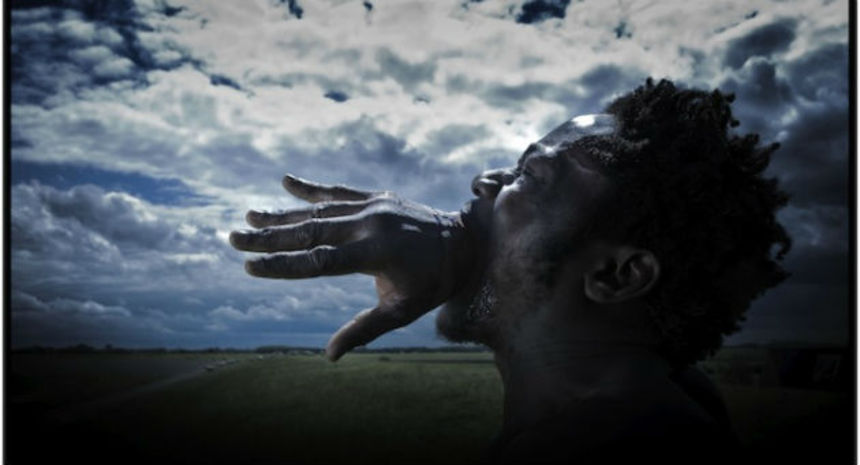 Sneaky and disquieting, The Resurrection of a Bastard is far more complex and layered than its title might suggest.

Bursts of violence and darkly funny moments are framed within the world created by Guido van Driel. The source material is his own graphic novel, but in adapting it for the screen (with co-writer Bas Blokker), van Driel demonstrates a sure command of cinematic techniques, especially impressive since this is his directorial debut. Impeccably crafted and ingeniously plotted, the film raises existentional questions even as it moves forward relentlessly.

The first question is, What's up with Ronnie? His beard, burly frame, and bespectacled appearance belie the quiet menace he exudes, despite the neck brace that immediately calls attention to itself. So when he kindly compliments someone for a tasty meal, or presciently renders assistance to a stranger, the nervous, deferential man who serves as his driver is prompted to place a telephone call in which he expresses his concern: 'He's just not the old Ronnie.'

Then we see how "the old Ronnie" acted, and we understand exactly what is meant, because "the old Ronnie" was, frankly, a terrifying cauldron of burning anger that spilled every which way. He appears to have been employed as a debt collector, though the specifics of his position in the criminal enterprise run by gangster cum musician James Joyce are not as important as the plain truth that Ronnie was a bastard. His default setting is naked, fear-inspiring intimidation, which is his modus operandi for dealing with everyone, from his wife Mara to his criminal subordinates to those who owe money, as well as any innocent bystanders, who run the risk of becoming collatarel damage inflicted by the reckless Ronnie.

As Ronnie's scenario plays out, a seemingly unrelated storyline follows Eduardo, an immigrant who wants to become a mechanic. He lives and works out in the Dutch countryside, and it seems likely that his relevance to Ronnie will eventually be revealed, but the film is in no hurry to show all its cards at once. 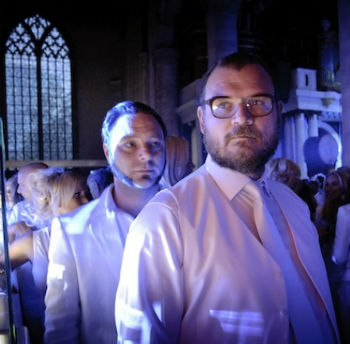 That's where the "sneaky" part of my description of the film applies. That, and also the manner in which van Driel stages and shoots the action. Everything is juuuuust a little bit off, which is sufficient to tip the balance away from tried and true expectations. Van Driel and cinematographer Lennert Hillege make judicious use of the open landscapes and small-town settings to introduce a good dose of unease into the proceedings. The unease is further punctuated by Alain Dessauvage, who displayed similar precision for Michael Roskam's Bullhead.

Yorick van Wageningen, who was so memorably despicable in David Fincher's The Girl with the Dragon Tattoo, cuts a might wide swath through the film as Ronnie; he's a force of nature as "the old Ronnie," but also convincingly peels off those layers to bare a more introspective soul. The rest of the cast gives uniformly solid performances, though it's van Wageningen who leaves the most indelible impression.

The Resurrection of a Bastard is tinged with wisdom but fueled by the excitement of discovery. Just when the story's destination appears to be a foregone conclusion, Guido van Driel veers course in a different, and entirely satisfying, direction.

Do you feel this content is inappropriate or infringes upon your rights? Click here to report it, or see our DMCA policy.
DutchFantastic FestFF2013Guido van DrielNetherlands