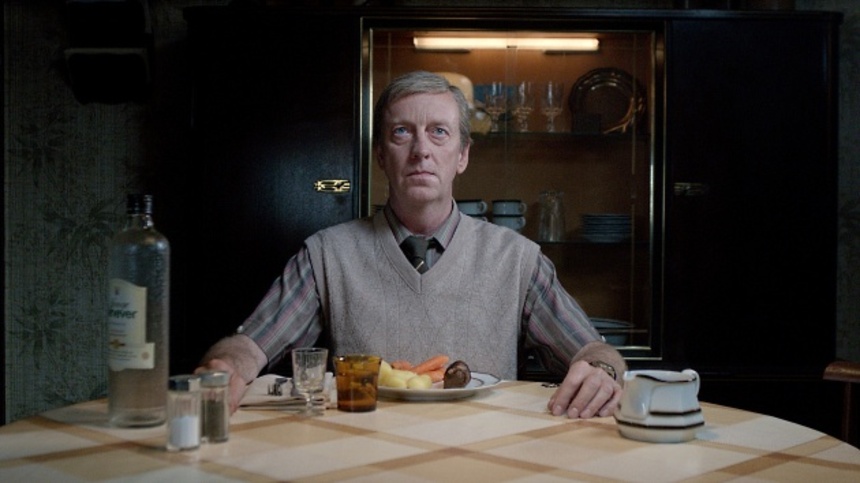 (This one puts the gut-punch back in Punchline...)

This year, Matterhorn won the Audience Award of the International Film Festival Rotterdam, the first Dutch film since 1997's The Polish Bride to do so. Local films were strongly represented in the Audience Awards, as no less than three Dutch titles wound up in the Top 10.

Even so, Matterhorn stands out because it won the award with an astonishingly high scoring average of 4.725 out of 5. On top of that, it was a world premiere AND the debut film of its director Diederik Ebbinge, a well-known actor and comedian who also wrote the script. Whoa!

To be honest: I missed seeing the film during its run at the festival, but thankfully it went into wide release immediately afterwards. Made curious by its high score I checked it out, and was promptly blown away by it.

So what is Matterhorn about? And why is it so good? Read on...

Fred is a man in his 50s, living alone and silently grieving ever since he lost his wife and son years ago. He is fanatically devoted to his religion and living his life in a strict regime of order and cleanliness.

But one day he has a run-in with a mentally-challenged homeless man, and in the follow-up of their first meeting Fred allows the man to stay with him for a few days. Living together again with someone confronts Fred with just how lonely he has been. As he teaches his clueless guest how to behave, Fred is constantly reminded of his son and his wife, even making his guest re-enact scenes and memories from when the family was whole.

Meanwhile, the ultra-conservative village around Fred frowns on this weird new development, and nasty rumors start to spread... 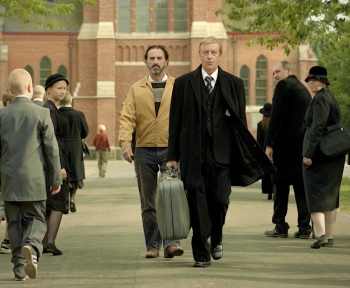 Normally I tend not to bother much with Dutch films. The unrealistic way Dutch actors often speak Dutch irks me far worse than English ever does, and the over-familiarity of their faces doesn't help. We're a small country, so the same few people are used for commercials, television programs -- talk shows, even -- over and over again.

But truth be told, in recent years I've had to swallow this prejudice several times already, when the film happened to range from palatable to good.

Which brings us to Matterhorn, which is SO good, that language and familiarity do not matter to me at all. The acting in particular is very strong, but a special mention needs to be made of Ton Kas. He plays the lead role of Fred, a character almost deranged with unresolved grief, and within seconds he IS Fred. Director Diederik Ebbinge uses stereotypes and exaggerated surroundings to quickly pigeonhole his characters, but he does this on purpose and he does it well. When Fred stops adhering to his stereotype, you can almost feel the pressure which is starting to build. By the time a release is presented, you certainly feel the relief.

Matterhorn has been compared to the films of Alex van Warmerdam, and it's easy to see why. There is a constant absurd dry humor at play, which isn't exactly funny but helps alleviate the claustrophobic Dutch stuffiness. What sets this film apart, though, is its finale, which builds towards an emotional crescendo that feels wholly earned and gave me a punch in the soul. It's seldom that a film really moves me this much, and I understand the high audience rating it received. I cannot imagine someone having to rate Matterhorn mere seconds after it ended, and NOT giving it either a four ("Good") or a five ("Very good").

It helps that the film looks marvelous as well. While Matterhorn apparently takes place in current times, the sets mix specific looks from the 1950s, 60s, 70s, and 80s. There are euros being used as currency, but mobile phones do not seem to exist. Many objects I remember from my early youth, now deemed obsolete, have cameos in this film. Ancient buses drive people around, and the interiors of houses either reflect dull Calvinism, bright hip colors, or yuppie nouveau-riches. It all helps making the film look finished, detailed, and polished.

And I love that look. Simple as that.

So congratulations to Diederik Ebbinge, for his debut is quite outstanding, and I mean that in a good way. Ultra-conservatives may be pissed off a bit by it, but I sure was not.

A dryly absurd comedy that ends with one hell of a pay-off, Matterhorn fully deserves all the accolades it's been getting in the past few weeks. Ton Kas is phenomenal as the leaden lead Fred, and Diederik Ebbinge proves to be a damn fine writer/director by making Ton's performance shine as much as it does. Extra points are also scored with the remarkable art direction. 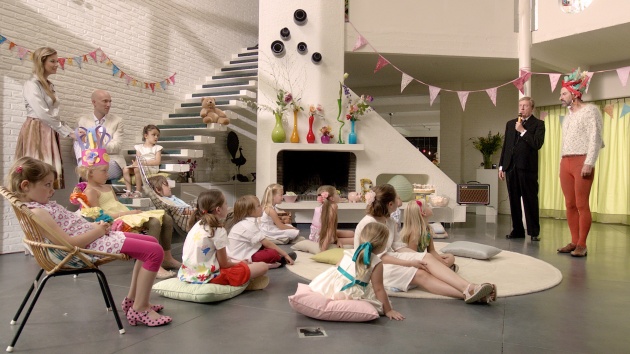