Exclusive Clip: THE RESURRECTION OF A BASTARD Goes "All The Way" 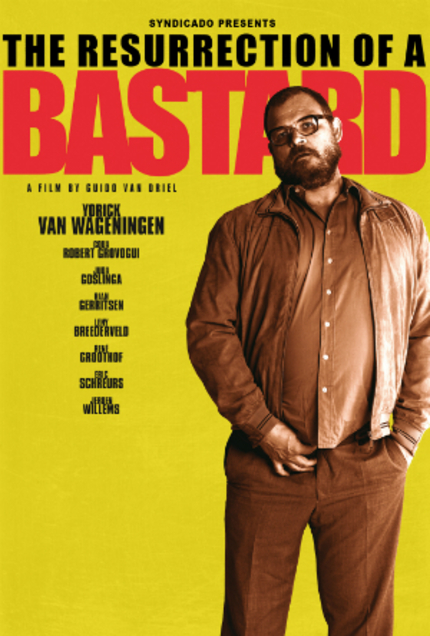 He's a bastard! But there is much more to The Resurrection of a Bastard than its title might suggest. To start, we have an exclusive clip that gives a sample of just one of the flavors in the mix.

The titular character is named Ronnie; he's the one in the clip with the beard and the glasses. Here's a little more about the film, from my Fantastic Fest review:

"Bursts of violence and darkly funny moments are framed within the world created by Guido van Driel. The source material is his own graphic novel, but in adapting it for the screen (with co-writer Bas Blokker), van Driel demonstrates a sure command of cinematic techniques, especially impressive since this is his directorial debut. Impeccably crafted and ingeniously plotted, the film raises existential questions even as it moves forward relentlessly.

The first question is, What's up with Ronnie? His beard, burly frame, and bespectacled appearance belie the quiet menace he exudes, despite the neck brace that immediately calls attention to itself. So when he kindly compliments someone for a tasty meal, or presciently renders assistance to a stranger, the nervous, deferential man who serves as his driver is prompted to place a telephone call in which he expresses his concern: 'He's just not the old Ronnie.'

I concluded: "The Resurrection of a Bastard is tinged with wisdom but fueled by the excitement of discovery. Just when the story's destination appears to be a foregone conclusion, Guido van Driel veers course in a different, and entirely satisfying, direction."

The film opens tomorrow Thursday, April 2, 2015, 9:55 PM, at the Laemmle in North Hollywood, and then expands on Wednesday, April 15, 2015, 7:30 PM, to The Playhouse in Pasadena. In between those theatrical dates, the film will become available on various Video On Demand platforms in the U.S. and Canada on Tuesday, April 7.

Recommended; check it out! In the meantime, watch the clip below.

Do you feel this content is inappropriate or infringes upon your rights? Click here to report it, or see our DMCA policy.
dutchGuido van DrielnetherlandsResurrection of a BastardYorick van Wageningen