Fabulous First Trailer For Rotterdam Opener THE RESURRECTION OF A BASTARD 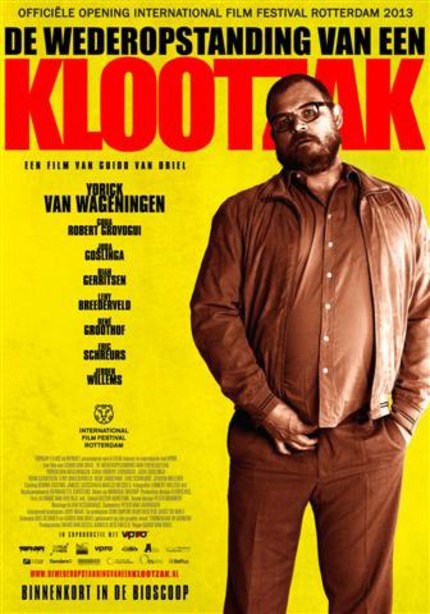 I have no idea what's gotten into the water supply in the Netherlands, but I want some. Though Dutch cinema has long been dominated by pure arthouse offerings there is a new generation of Dutch talent rising who seemingly suckled at the teat of the Coen Brothers, Jim Jarmusch and others so inclined to fuse commercial storylines with indie quirk and personality. And the latest example of such is Guido Van Driel, a graphic novelist turned director whose The Resurrection of a Bastard - an adaptation of his own graphic novel - is the opening film of the International Film Festival Rotterdam.

An old Frisian farmer bent on revenge. A criminal from Amsterdam barely surviving a liquidation. An illegal immigrant with uncertain prospects. Eventually, they meet under an ancient oak tree. Beyond the last town.

Rutger Wolfson, director of the International Film Festival Rotterdam about the opening film: "We are extremely glad to present 'The Resurrection of a Bastard' as our Official Opening Film and in our Hivos Tiger Awards Competition. Filmmaker Guido van Driel deeply impresses with an original, bleak and nearly magical story that he shot in a compelling and controlled way. Also the actors excel in this film. Yorick van Wageningen gives a knock out performance as criminal in transformation. The late Jeroen Willems is seen in a hair-raising and unforgettable role."

Multi-talented artist Guido van Driel is filmmaker, painter and writer / designer of graphic novels. In 2000 Van Driel made his debut as a filmmaker with the documentary 'U spreekt met Frank Laufer'. The film 'Groen is toch de Mooiste kleur voor Gras', produced by Topkapi Films for broadcaster VPRO, was written and directed by Van Driel and nominated for a Golden Calf Award at the Netherlands Film Festival in 2007. This film established his name as a filmmaker with a very original signature.

In 2004 Om Mekaar in Dokkum was published, a graphic novel which was universally acclaimed in the Dutch media. Based on this graphic novel, 'The Resurrection of a Bastard' was selected for IFFR's CineMart in 2010.

With the IFFR now underway the first trailer for Van Driel's creation has arrived and it's a pretty fantastic bit of work. Check it below.

Do you feel this content is inappropriate or infringes upon your rights? Click here to report it, or see our DMCA policy.
graphic novelguido van drieliffrnetherlandsresurrection of a bastard