Fantastic Fest 2013: ScreenAnarchy's Super Wrap With All Our Reviews and Top Fest Picks

All is (relatively) quiet now at The Alamo Drafthouse in northwest Austin, Texas, which has resumed its normal operations, with barely a sign that an 8-day celebration of genre films from around the world, hosting filmmakers, industry guests, members of the press, and hardcore movie fans, also from around the world, completed its ninth edition with no reported deaths and minimal casualties.

Our team published 25 reviews during the festival. Combined with previously-published reviews of another 30 or titles, that means we've covered all but a handful of the films that played during Fantastic Fest, which is a testament to the strength of the program -- and the hardiness of our dedicated, often sleep-deprived reviewers!

Click through the gallery as we answer some questions about the hits and misses of Fantastic Fest 2013. 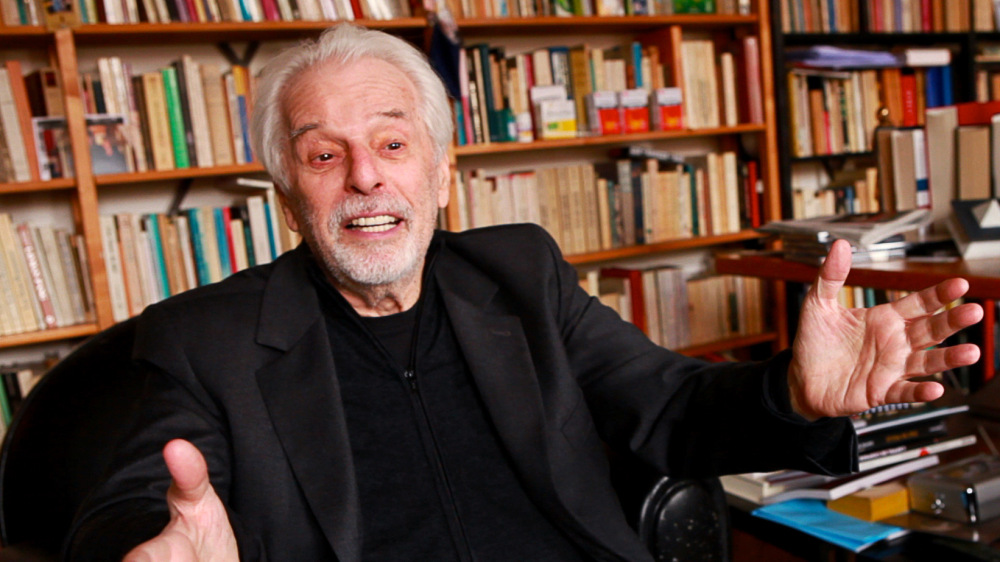 What was your favorite film of the fest?

Todd Brown: This is an incredibly hard question for me to answer as the viewing process for me is spread out over about ten months as we put together the program and there are loads of things I love for a lot of different reasons. Kid's Police is the one that I personally chased the hardest and I really love it. Also love Resurrection of a Bastard and Wolf and Why Don't You Play In Hell.

Peter Martin: Wolf is a startling marriage of strong characters and great visual storytelling. Love Eternal hit me very hard. The Resurrection of a Bastard, LFO, Blue Ruin, Borgman, and Maruyama the Middle Schooler are the ones that kept jumping into my mind when other festgoers asked. For pure entertainment, Journey to the West: Conquering the Demons, Grand Piano, and Detective Downs were all great fun.

James Marsh: This year was a particularly strong one for Japanese Cinema, with Sono Sion's Why Don't You Play In Hell and Matsumoto Hitoshi's R100 both proving to be exceptional examples of gonzo comedy. I loved both of them and would be hard pushed to choose. I was also incredibly impressed by Alex van Warmerdam's deliriously unique Borgman and Katrin Gebbe's scandalously mis-titled Nothing But Can Happen. Keshales and Papushado's Big Bad Wolves, Matt Johnson's The Dirties, Jim Mickle's We Are What We Are and Brendan Muldowney's Love Eternal were also standouts for me. It was an incredibly strong programme this year, even if I do say so myself.

Dave Canfield: It was an extraordinary lineup this year. I saw thirty films onsite and five via links. I’m still watching via the online screener room. I simply cannot pick a favorite. Canfield’s top ten is as follows in no particular order

Nothing Bad Can Happen, Escape From Tomorrow, The Devils, Blue Ruin, A Field In England, Cheap Thrills, Why Don’t You Play in Hell, Narco Cultura, We Are What We Are, The Congress 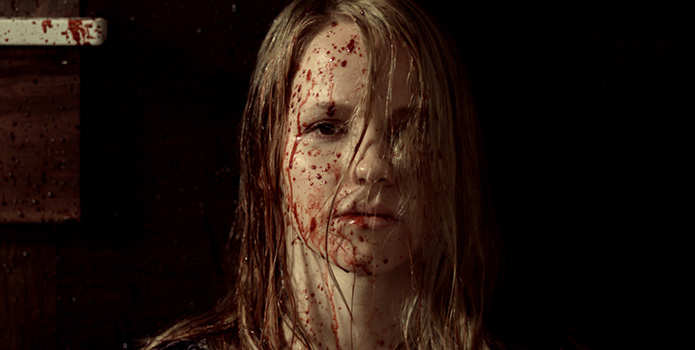 What title disappointed you the most?

Peter Martin: R100. To be fair, I was exhausted, and it was a nearly-empty press screening. I gave it more than hour, barely cracking a smile, before giving up, but I promised myself I would give it another try on another occasion.

James Marsh: Honestly, of the 27 films I saw at the festival this year, nothing really disappointed me. Even films like Keanu Reeves' Man of Tai Chi, about which I was relatively less enthusiastic, proved incredibly entertaining as a throwback genre effort. If I'm completely honest, I felt this year's bumpers (45 second shorts made by fans and screened ahead of every film) were a lot weaker than the entries I've seen in previous years, but its a minor quibble indeed.

Dave Canfield: I just kept waiting to feel like I had wasted my time on something- it never happened. The closest I got was Goldberg and Eisenberg, which featured a central conflict that just didn’t seem credible enough to support a whole film. Witching and Bitching was Iglesia-lite and Zack Parker’s Proxy felt pretty forced by the end. But are any of those bad or boring films? Am I sorry I saw them? Absolutely not. 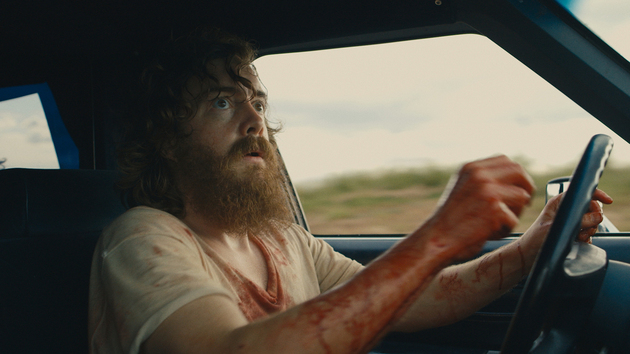 Todd Brown: Macon Blair in Blue Ruin. No question in my mind at all.

James Marsh: The two most memorable female performances for me were Nikaido Fumi in Why Don't You Play In Hell and Carolina Bang in Alex de la Iglesia's Witching & Bitching. For the men, Macon Blair in Blue Ruin and Julius Feldmeier in Nothing Bad Can Happen were the standouts.

Dave Canfield: Macon Blair astounded me in Blue Ruin. He wears pain on his face like a soul tattoo. Likewise Julius Feldmeier in Nothing Bad Can Happen. He was at once ethereal, and yet totally rooted to earth with a need to belong that was palpable, and a faith that . Pat Healey in Cheap Thrills was.... hell the guy is following up The Innkeepers and Compliance with this? Is he ever forgettable in anything? These performances are all awards worthy. But it was just the tip of the iceberg this year. 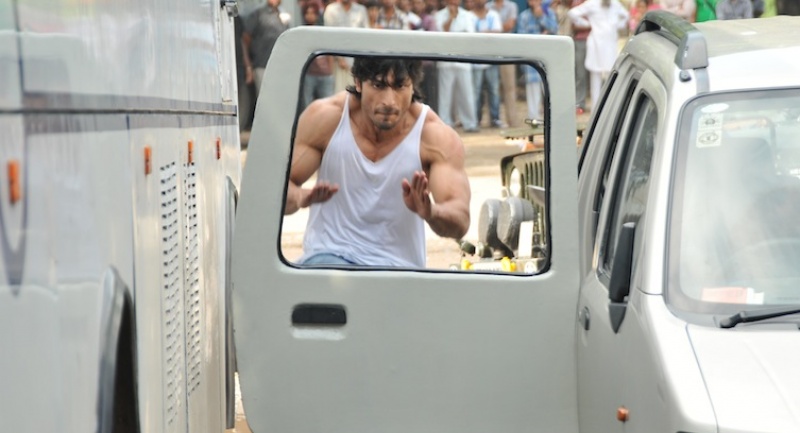 What was your biggest discovery of the fest?

Todd Brown: Vidyut Jamwal, the star of Commando - One Man Army, I would say. This guy is poised to be a pretty significant action star.

James Marsh: I loved Uchida Eiji's Greatful Dead, together with its towering central performance from young Japanese actress Takiuchi Kumi. I had neither seen anything from either of them before, but I'll be sure to follow their careers with enthusiasm from now on. Also Matt Johnson's incredible achievement, writing, directing and starring in the incredibly funny and chilling The Dirties, for which he deservedly won the Next Wave award.

Eric D. Snider: Coherence! Wasn't on my radar till I saw it and loved it.

Peter Martin: Ken Russell's The Devils. I'd never seen it before, and to have it introduced so enthusiastically by Ben Wheatley gave me new insight into his work, and also made me realize that I've been woefully ignorant about yet another British filmmaker. Among new films, I must confess that I found almost every one that I enjoyed to be a discovery -- and an utter delight.

Dave Canfield: That I can watch six films and do two interviews on 3 1/2 hours of sleep. I finally got to see The Devils by Ken Russell and was challenged, disgusted, and absolutely enthralled. Miss Zombie makes me want to track down everything Hiroyuki Tanaka has ever done. Blue Ruin? Escape from Tomorrow? The Dirties? These are all films made by incredible new talents that rocked the crowd out here hard. 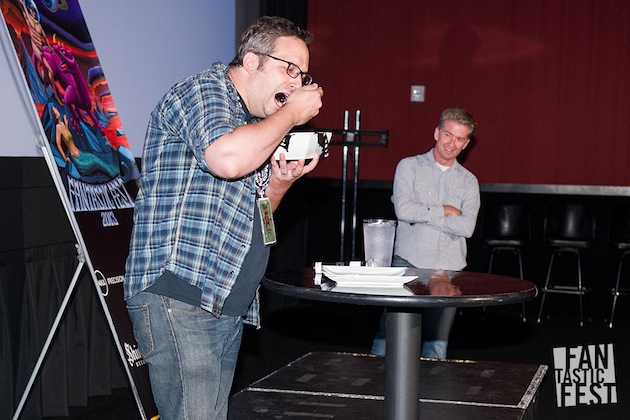 What was the best non-movie Fantastic Fest moment?

Todd Brown: Eating my shirt was something pretty special. As was Elijah Wood very graciously agreeing to record a personalized greeting to The Boy that I posted on his Facebook page as a surprise.

Eric D. Snider: The cookie milkshake at the Drafthouse.

James Marsh: The Fantastic Feud. Every year it proves a deliriously drunken, chaotic and hilarious affair, which left me bedridden (in various parts of Austin) for most of the next day.

Peter Martin: Due to circumstances beyond my control, I missed out on the famous Fantastic Feud and the Fantastic Debates and even the Fantastic Awards. But my greatest pleasure, as always, remains enjoying the company of people who love genre movies as much as I do, including, but not limited to, my ScreenAnarchy colleagues James, Todd, Dave, and Eric.

Dave Canfield: Do the hysterical intro and Q and A for Cheap Thrills count as non-movie moments? I hope so. Every year Fantastic Fest has at least one untrackable, unmissable you-were-there-or-you-weren’t moment. This was it. The stuff of legend. Thanks to the insane “Do This” contest and the hilarious post film Q and A ranting of an inibriated cast member I now have serious geek bragging rights.

On a personal note I am dangerously fond of all the folks at Fons PR and humbled by the kindness, hard work and dedication of the food servers, the volunteers, etc. Fantastic Fest is my home away from home and I already miss my fest family mightily. Thanks for putting on not only the most important stateside genre film event but the friendliest.

Do you feel this content is inappropriate or infringes upon your rights? Click here to report it, or see our DMCA policy.
Fantastic FestFantastic Fest 2013festival wrapsFF 2013