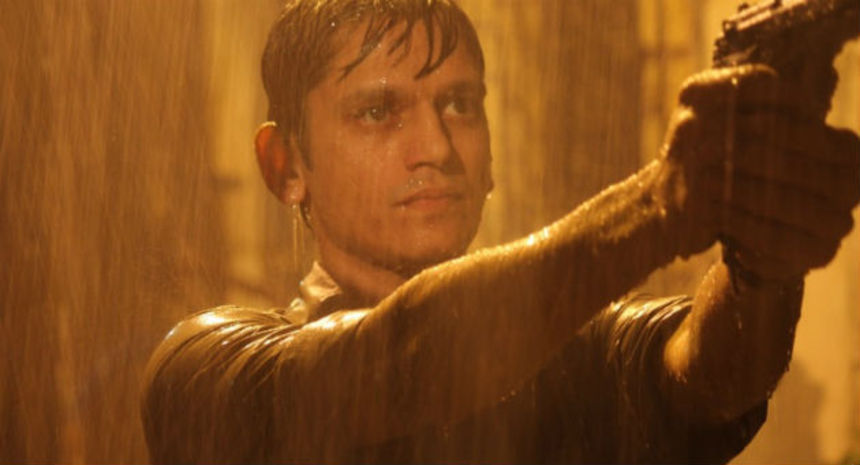 Yes, shots are fired, and yes, a drenching torrent of rain is pouring down when a police officer and a suspect confront one another in a dark alley in Amit Kumar's Monsoon Shootout.

Faithful to its title, the Indian drama effectively considers the implications of that shootout from more than one perspective. What if the suspect is a stone cold killer? What if he's an innocent bystander, the victim of a case of mistaken identity? What if he's some combination of the two?

Adi (Vijay Varma) reports for his first day of field trials as a brand-new sub-inspector in Mumbai's Crime Branch, and is shocked to see his new commanding officer, Inspector Khan (Neeraj Kabi), calmly kill two men suspected of murder. It's a baptism of fire for Adi, who barely survives Khan's next order, which is to crash the suspects' jeep as part of the cover-up of the killings.

True, the opening scene of the movie revealed that the two suspects were guilty, and overworked conditions in the Crime Branch office point to how over-matched the police are feeling against the city's powerful criminal gangs. And Adi has been shaken up by the automobile collision, and further discombobulated by the sight of his ex-girlfriend Anu (Geetanjali Thapa), now an attending physician in the hospital where Adi is taken. Still, he goes along with Inspector Khan's directives, and fails to raise an official protest when Khan out-and-out lies to his superior officers in the department.

An axe-killer is on the loose, carrying out assassination orders given by a gang leader known as Slum Lord, and the killer must be caught at all costs. So Adi goes along with Khan's lie, and heads out as part of the unit for a stakeout at night, and he's the one who gives chase to the suspect Shiva (Nawazuddin Siddiqui), and he's the one who must make a split-second decision that will change both their lives, as well as the lives of a number of others in an ever-widening pool, all affected by Adi's choice, either directly or indirectly.

Kumar's script lays ouf these machine-tooled scenarios in a logical order. Inevitably, the proceedings take on a schematic appearance, at least to a degree, but that also allows for thoughtful reflection on the ramifications of spur-of-the-moment choices, especially when deadly force is involved. And it also allows for the individual characters to be fleshed out, not with any further psychological analysis, but simply by comparing and contrasting their roles in the different scenarios.

The cast is solid, notably including Tannishtha Chatterjee, who gives a soulful performance as Shiva's wife.

Because of its thoughtful, searching nature, and becoming modesty, Monsoon Shootout rises above other, more conventional police dramas. The action is skillfully presented and, while it may lack the dramatic weight and ambition needed to take it to the next level, the film is a very promising debut for writer/director Amit Kumar. It raises questions that cannot be answered easily with a hail of bullets, nor washed away by a pounding storm.

The film made its North American debut at Fantastic Fest.

Do you feel this content is inappropriate or infringes upon your rights? Click here to report it, or see our DMCA policy.
Amit KumarFantastic FestFantastic Fest 2013FF 2013Indian CinemaVijay VarmaNawazuddin SiddiquiNeeraj KabiGeetanjaliCrimeDramaThriller