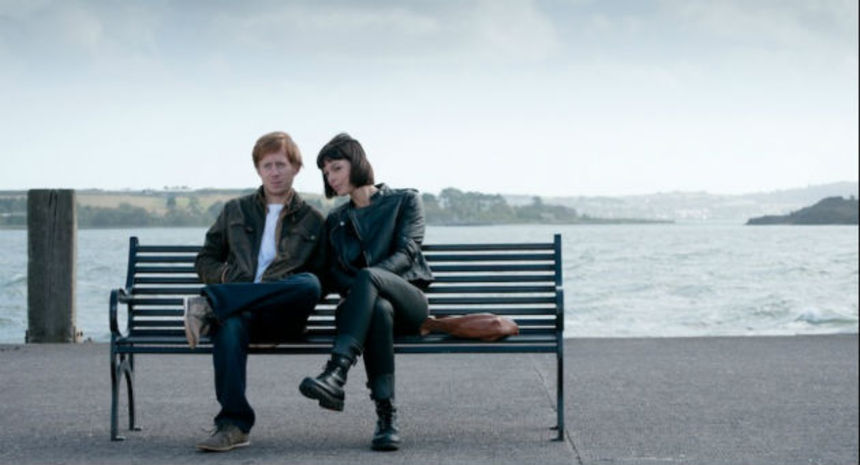 An everlasting sadness has gathered in the soul of Ian Harding, and he embraces it.

The spectre of death hangs over Love Eternal, yet it's never oppressively dour or aggressively doom-laden. Death may be the most important thing in the world to Ian -- and his daily life reflects that -- but seldom has a film in recent memory captured the sparks of life that flicker beneath the darkness as well as this one does.

As a boy, Ian lost his father, and he's never been the same since. Withdrawing into his light, airy, and spacious room, he is provided for by his mother, but beyond that, his only contact with the outside world is through the internet. By his late teens, he is convinced that he is "a defective human being," unable to exist among others, and is obsessed with death.

When his mother passes away, he is forced to fend for himself to a degree, relying on an extensive book of practical instructions that she wrote out for him before she died. It's a cosseted experience from a material standpoint, but Ian remains resolved to commit suicide; he's determined the time and method, and all that remains is to wait. Until, that is, he decides to seek out others with similar suicidal tendencies.

Director Brendan Muldowney swiftly sets a swirling, emotional tone composed equally of minor and major chords, never allowing one to dominate the other. Muldowney's screenplay initially seems to rely overly much on voice-over narration, perhaps an unavoidable hazard of adapting a novel by Oishi Kei. (The English title is In Love With the Dead, or, alternately, Loving the Dead; Oishi also wrote novels that served as the basis for Apartment 1303 and The Last Supper.) To counter that, Tom Comerford's cinematography presents the scenic beauties of County Cork in Ireland with a gorgeous palette that is modulated according to the mood of the characters, while Bart Westerlaken's original musical score surges and flows in a counter-intuitively upbeat manner.

As Ian, Robert de Hoog betrays a touch of an unexplained accent, but, of greater importance, he is able to elicit sympathy for his character, no easy task because Ian is very much a reticent personality. Outwardly, he's a nice-looking, if awkward, chap; meanwhile, his placid demeanor cannot entirely disguise the coldness of his heart, which froze up in his youth and has never fully thawed. Pollyanna McIntosh contributes a vital role as a wife and mother who is first spotted by Ian in a grocery store; Amanda Ryan adds to the complexity of the story with her portrayal of an unexpected companion.

Not to get too personal, but I've found, occasionally, that certain movies coalesce stray feelings and accumulate power, well beyond what might be anticipated, leading to a resolution that can be devastating. That is the case with Love Eternal, which crushed me.

Do you feel this content is inappropriate or infringes upon your rights? Click here to report it, or see our DMCA policy.
Brendan MuldowneyFantastic FestIrelandOishi KeiPollyanna McIntoshRobert de Hoog