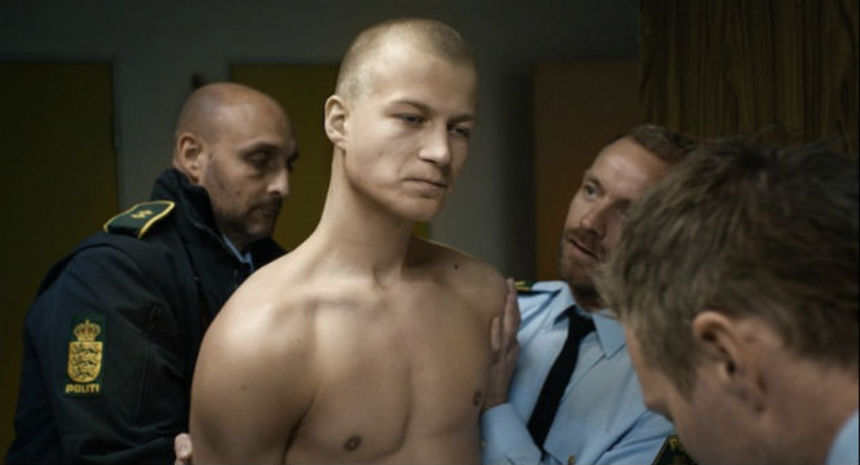 A stolen watch is the MacGuffin in the Danish crime film Northwest. Its theft sets in motion the opportunity that young Casper has been waiting for, even though he doesn't know it yet.

Casper lives with his mother and young siblings in the northwest area of Copenhagen, Denmark. The neighborhood's outward appearance is that of an open, airy, sunny collection of houses and apartment buildings, but within the brick and painted stucco walls are criminal gangs whose rivalries are rooted in generational and racial differences. Casper works efficiently as a burglar under the thumb of a gang run by Arabs, but his take-home pay doesn't go very far beyond providing for the material needs of his mother, his 17-year-old brother Andy, and his young sister Freya. When his watch is plucked by one of the gang's leaders, his discontent grows.

One thing leads to another and Casper manages to impress Bjorn, the head of a gang that is into much more lucrative lines of criminal activity than the neighborhood gangbangers. Bjorn quickly sizes Casper up and puts him to work, which leads to an inevitable collision with his old boss.

In its first few minutes, Northwest appear to be paying homage to Nicolas Winding Refn's influential Pusher, with its confident burglars (instead of drug dealers), slightly jumpy handheld camera, and plunge into the deep waters of a criminal lifestyle. In the hands of director Michael Noer, co-writer Rasmus Heisterberg, and cinematographer Magnus Nordenhof Jonck, however, the film asserts its own personality over time.

It's not only sunny days that mask the eventual narrative direction, but also the disarming characterization of Casper (Gustav Dyekjaer Giese), an 18-year-old who looks like a kid -- slender build, blonde stubble on his head instead of hair -- yet harbors resentment, anger, and ambition, all those normal teenage ambitions that he's been forced to push down to a secondary layer because of his domestic situation.

Bjorn (Roland Moller) offers a way out, or at least a step up the ladder, and Casper eagerly grabs it. His self-confidence and swagger come to the fore, leading to unexpected consequences involving his brother Andy (Oscar Dyekjaer Giese).

Presented in a spare, clean manner, Northwest eschews knockout punches for a long, long series of jabs and hooks. It's observational rather than confrontational, bearing witness to one young man's simultaneous ascent and descent in a criminal lifestyle where no games are tolerated and the stakes are permanent.

The film screened at Fantastic Fest last night and will play again on Thursday, September 26.