New To Netflix: Isopods, Orcas, and A FISH CALLED WANDA

Kurt Halfyard
Contributing Writer; Toronto, Canada (@triflic)
Tweet Post Submit
Welcome to this week's entry for New To Netflix! Not that we are actually new to Netflix, we're just happy, able, and willing to help you find out what kind of 'Twitch-y' material is coming to the big red virtual envelope in the streaming room.
This week there is undoubtedly a marine-life theme.  From Barry Levinson's found footage clone of Jaws, to Marion Cotillard having her legs bitten off by a Killer Whale to Kevin Kline eating all of Michael Palin's prized aquarium fish ("Ewwww.  Don't eat the green ones...they're not ripe yet.") 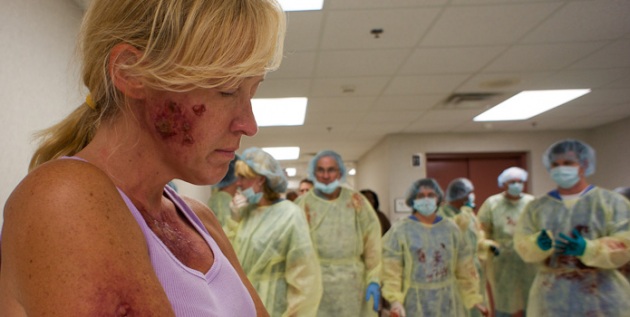 New In The USA: THE BAY

Undoubtedly icky, but curiously sterile, Barry Levinson’s found-footage creature-feature owes as much to Jaws as it does to Erin Brockovich. Yet its distancing collection of security camera, cellphone, home video and local news reporting provide the numbness you get from watching a live-unfolding story play out on cable news.

The perfect storm of societal neglect and natural spontaneity sees a cocktail of nuclear contamination, mountains of chickenshit run-off and a particularly warm summer cut short the July 4th celebrations of Chesapeake Bay in Maryland with a proliferation of a nasty brand of parasite, one that eats the victim from without and within. Just as we take clean water for granted as much as business opportunity with minimal regulation, The Bay is savage at punishing the innocent and simple townsfolk with body lesions, boils and particularly nasty looking ‘lice-of-the-sea’ that are worthy of David Cronenberg.

And yet, the commitment to found footage tropes and a painfully linear narrative kind of leaves this one feeling a bit middling – hence its place in the middle of this triple bill. Maybe it was due to the self-conscious narrator who felt like a sour doppelgänger of Ellen Page, or perhaps the changes in footage, aspect ratio and “Am I framed correctly?” tailings that someone assembling this as a Loose Change style conspiracy video most certainly would have omitted not having to prove its amateur credentials. You cannot fault the commitment to a certain style too much however, as the overall effect mimics a modern media malaise, even as small town of ‘anywhere-America’ is literally torn apart. 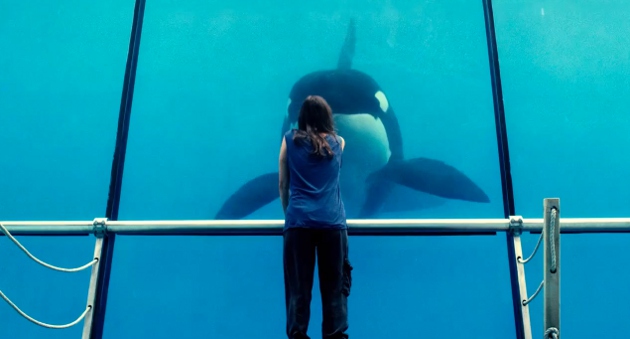 New In Canada: RUST AND BONE

After all the accolades received by Jacques Audiard for his lengthy prison drama, A Prophet he shifted gears radically with this relationship melodrama involving a girl, played Marion Cotillard, with no legs as she forms a relationship with a emotionally distraught single father, Mathias, trying to raise two sons.

As Brian Clark wrote: "The film basically deals with the relationship and romance between the two characters as life refuses again and again to cut them any sort of break. Mathias desperately tries to make money to support his son, turning to illegal activity and even street fighting, at which he excels. During the street fighting scenes, Audiard feels more at home, immersing us in the brutal underworld with blunt force, but refusing to ever judge it morally, even to the point of borderline glamorization. "

This was a major audience splitter both on the festival circuit and in the art-house, so your mileage may vary. 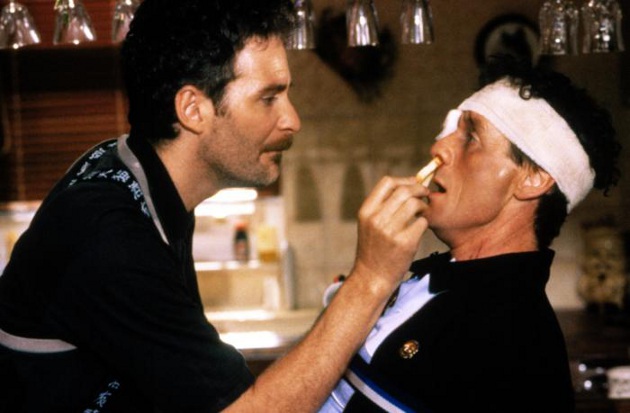 New In The UK: A FISH CALLED WANDA

A completely perfect comedy involving a diamond heist, double cross, bungled seduction, a stuttering fellow who loves dogs but accidentally keeps killing them, and the culture clash be American and Britain. As one film critic wrote in upon its 1988 release, there is something in here to offend just about everyone.

Co-written and starring two ex-Pythons (John Cleese and Michael Palin) who only have a single scene together on camera, but its a doozy of dialogue and physical comedy! The Brits collaborated with two feisty Americans Kevin Kline (who won an Oscar for his deranged ("Don't Call Me Stupid!") marksman and Jamie Lee-Curtis (who deserved an Oscar for her two batshit crazy sex scenes in the film.) A Fish Called Wanda was directed by Ealing Studios veteran Charles Chrichton, handling this wide range of talent with such casual ease that things appear to come to together effortlessly. Just ask Mr. Manfredjinsinjin. 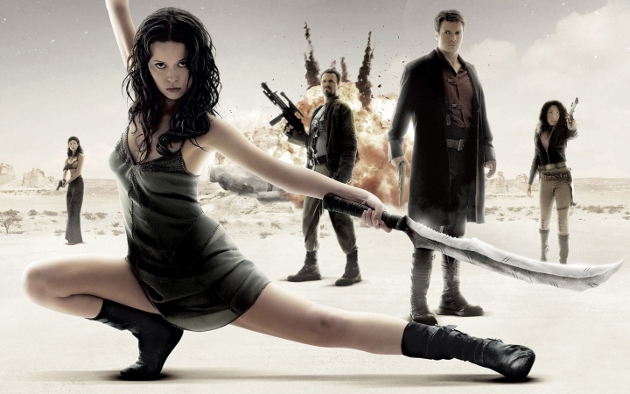 New In Mexico and Brazil: SERENITY

Before Joss Whedon was destroying New York City with superheroes, or filming unabridged Shakespeare adaptations in his house, he had a little science fiction slash western show on TV that got cancelled and became a cult and video sensation after only a dozen episodes were aired. Finagling $40M dollars out of Universal Studio, he condensed the entirety of the planned, but never made, Season 2 into a single two hour film. It mostly worked, but never made enough money to garner interest or the wherewithal to resurrect the series, so Serenity is the last we get in the Firefly 'Verse.

Nation Fillion, as the dashing Malcolm "Captain Tightpants" Reynolds and his crew of salvaging/smuggling misfits figure out some of the darker secrets of the Big Fascist Government whom they despise. They are forced to take some sort of stand on the issue while they are being perused by a G-man assassin (a delightfully assured Chiwetel Ejiofor.)

Mixing comedy, pathos, action, character beats and all those good things that Mr. Whedon does left to his own devices, Serenity is a wonderful time at the movies, particularly for folks coming off the 10+ hour series. 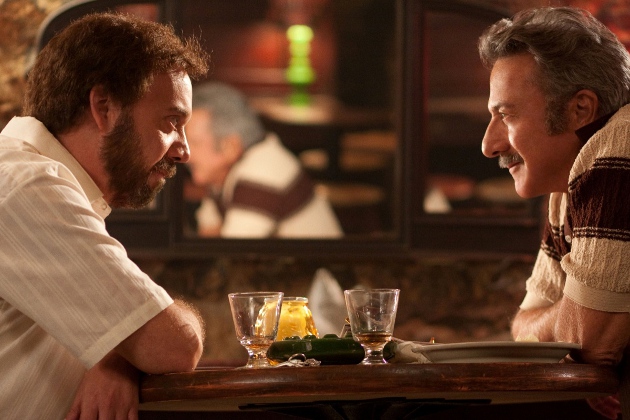 Hey Scandinavia, it's time to get your Canada on, with one of the quintessential Canuck authors, Mordecai Richler. The sprawling comedic and dramatic (not Dramedy!) life of politically incorrect Barney Panofsky who goes through marriages, careers and countries as he tries to balance success and happiness.

Oh, there is a murder and a plot and some mystery in there, but it is far secondary to watching Paul Giamatti, his wives, and his Dad (a particularly affecting Dustin Hoffman) just do their thing on screen. David Cronenberg and Atom Egoyan both shows up as fictional TV directors here, just to underscore the Canadian bonafides.