Director Barry Levinson Does Found Footage Horror With THE BAY 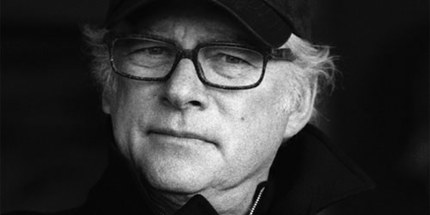 Barry Levinson's body of work through the last decade has been nothing short of eclectic, with television series like The Philanthropist alongside filmmaking satires (What Just Happened?).* Now the director is jumping into a found footage genre flick called The Bay, which has been picked up for distribution by Lionsgate.

It seems the movie was formerly at Alliance Films (under the name Isopod, no less), featuring a cast of relative unknowns in what seems like an eco horror movie about the spread of a parasite that will somehow bring down a small Maryland town. The big question is will this be something in the Outbreak/Cabin Fever spectrum or more along the lines of 28 Days Later/The Crazies? With no release date, trailer, or art, we'll just have to wait and see.

From the producers of the PARANORMAL ACTIVITY franchise, the film is the next installment in their series following INSIDIOUS, and chronicles an unprecedented biological disaster unleashed from the waters of the Chesapeake Bay- an isopod parasite, carrying a horrific untreatable disease, that jumps from fish to human hosts. The true horror and scope of the event unfolds on footage captured on home videos and the internet by the town's victims.

"Ingenious genre films are and always will be a specialty at Lionsgate," explained Drake of the choice to acquire the film. "THE BAY is a shining example of the kind of truly fresh horror film that audiences are always ready for, and that we excel at eventizing with them. Thanks to Barry, we'll all be afraid to go in the water for years to come."

Adds Constantine, "We have been big admirers of Jason Blum, Steven Schneider and Oren Peli since their breakout hit PARANORMAL ACTIVITY, and are thrilled to be in business with them. This film works so effectively because it establishes a very natural, everyday world, places the audience intimately within it, and then sits back as everything takes a horrific turn. Barry has incorporated found footage to the most satisfying possible effect, and it's all the scarier for not relying on anything supernatural."

"It's exciting to see a company like Lionsgate embrace The Bay so enthusiastically. The found footage / multiplatform approach opened up the film to creative possibilities I hadn't encountered in my previous films, and I think these sorts of films will only continue to push boundaries as the technology changes," said director Barry Levinson.

The film was directed by Levinson, from a script he co-wrote with Michael Wallach. THE BAY was produced by Levinson, Jason Blum, Steven Schneider, and Oren Peli, and co-produced by Mythodic Films, with Brian Kavanaugh-Jones, Jason Sosnoff, Colin Strause, and Greg Strause executive producing.

*I didn't know he was an executive producer on Oz. A truly weird body of work this man has.