TIFF 2012 Review: RUST AND BONE Stays Too Grounded For Its Own Good 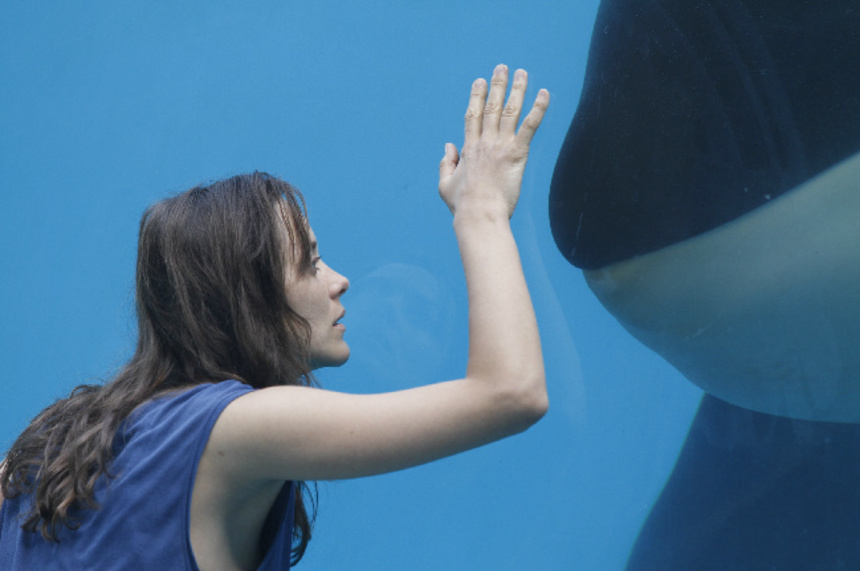 (Rust and Bone screens tonight and tomorrow at TIFF. Here's our review from this year's Cannes Film Festival.)

Rust and Bone's narrative reminded me of an old-school pulpy melodrama from the 50's or 60's, the type of film where most of the narrative momentum comes not so much from cause and effect, but from traumatic stuff happening every ten minutes and changing the course of the plot. At their best, these films are funny (both intentionally and unintentionally), thrilling, and in the end, surprisingly moving. Max Ophuls' pulpy Hollywood work like Caught and A Reckless Moment both come to mind as perhaps some of the best examples of this type of storytelling. It's almost the exact opposite of the finely crafted narrative momentum in Jacques Audiard's previous film, A Prophet, which wouldn't be a problem, except that Audiard directs with almost the exact same self-serious gravity here, and as a result, the film never really gains much energy, despite some great performances and some excellent scenes.

The core of the story involves an unusual relationship that blossoms between two damaged characters. Marion Cotillard plays Stephanie who, while certainly not without emotional baggage, is much more afflicted by damage in the physical sense of the word. That is, she lost both of her legs in an accident involving whales at a Sea World-type park. Meanwhile, Matthias Schoenaerts, who is anything but physically damaged, plays Ali, an emotionally distraught single father trying to make ends meet. He's certainly been dealt a rough hand, but I feel that words like damaged and distraught imply too much depth; he is, for the most part, an emotionally-retarded fuck up.

Rust and Bone basically deals with the relationship and romance between the two characters as life refuses again and again to cut them any sort of break. Mathias desperately tries to make money to support his son, turning to illegal activity and even street fighting, at which he excels. During the street fighting scenes, Audiard feels more at home, immersing us in the brutal underworld with blunt force, but refusing to ever judge it morally, even to the point of borderline glamorization.

The film remains totally watchable thanks to the performances. Cotillard goes for grit, forgoing makeup (as well as legs) for most of the movie. And while she's not given as broad of an emotional spectrum, she creates a genuinely strong, yet vulnerable character. In fact, I wish that Audiard had focused the film on her rather than Ali. That said, Schoenaerts is incredibly charismatic, and does a nice job veering between quiet anxiety, charm and full-blown rage. He is indeed playing a similar character to the one that he already nailed in Bullhead, but he gets to have more fun this time around.

There are moments of perfection, such as an intriguing, even surprising montage where Cotillard toughens up and begins to get drawn into the world of street fighting, but in the end, the film feels like a whispy, uneven collection of such moments. It's tempting to blame the somewhat loose, episodic storytelling, but I think that this wouldn't have been as much of a problem if Audiard had pushed himself to have a bit more fun with the melodramatic material. As it stands, for a film about the most intense ups and downs in life, Rust and Bone sure feels mopey.

Rust and Bone will open in U.S. theaters in limited release on November 16.