Marion Cotillard Starring In A PROPHET Director's RUST AND BONE 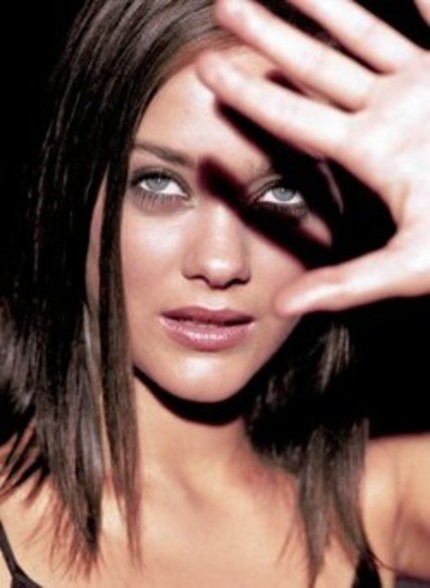 A Prophet director Jacques Audiard is about to launch into production of his next feature and he's bringing one hell of a cast with him. Starring in the adaptation of Craig Davidson's story of the same name, Rust And Bone will star French Oscar winner Marion Cotillard and Belgian star Matthias Schoenaerts, who delivered an absolutely devastating performance as the lead of Bullhead earlier this year. Find all the details below!

Jacques Audiard will begin shooting his new film "RUST AND BONE" this fall. Teaming up once again with his producer Pascal Caucheteux (The Beat that My Heart Skipped and A Prophet ... but also  Of Gods and Men,  Assault on Precinct 13, Kings and Queen, Christmas Tale...) and his co-writer Thomas Bidegain his co-writer on the multi-award winning critical and box-office hit, "A PROPHET". The script is based on Craig Davidson's much praised short story collection "RUST & BONE".

The film will be a unique, genre-bending mix of suspense and love story and will star Oscar® winning actress Marion Cotillard who has recently been garnering acclaim for her performance in Woody Allen's MIDNIGHT IN PARIS as well as upcoming and eagerly awaited third Batman film, THE DARK NIGHT RISES. Co-starring alongside Cotillard is Belgian actor Matthias Schoenaerts who recently delivered a powerhouse performance in Michael R. Roskam's local box office smash BULLHEAD. Also co-starring is Celine Sallette last seen in this year's Cannes Competion entry, HOUSE OF TOLERANCE by Bertrand Bonello and Bouli Lanners (NOTHING TO DECLARE directed by Danny Boon).

Audiard teams up once more with his award-winning tech team from "A PROPHET" including DOP Stéphane Fontaine and production designer Michel Barthelémy. The 15 Million euro film is to begin shooting this fall for 14 weeks in the South of France as well as in Belgium. The film is produced by Why Not Productions and Page 114 and co-produced by Les Films du Fleuve.

International sales which will be handled by Celluloid Dreams will commence during this year's Toronto film festival. Celluloid president Hengameh Panahi said, "I can't find the right word to express my joy to be on board for the third time on Jacques' film as he is one of the most talented and inspiring directors today. The way he reinvented the prison drama in 'A Prophet' he is all set to do again in 'Rust and Bone" which promises to be a highly original and breathtaking love story."

The film will be distributed by UGC in France and is pre-sold to Studio Canal in UK (Optimum), Lumiere (Benelux)  and BIM (Italy).