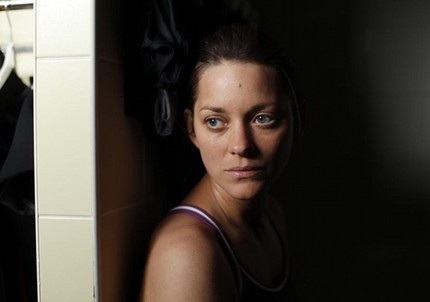 After scoring a very deserved Oscar nomination for his prison drama A Prophet, anticipation would have been high for whatever came next from director Jacques Audiard no matter what. But then when Audiard cast Marion Cotillard and Matthias Schoenaerts - star of the Oscar nominated Bullhead - in his upcoming Rust And Bone, well, anticipation jumped through the roof.

Adapted from a story by Craig Davidson the picture revolves around a relationship between Cotillard - a whale trainer who loses her legs in an accident - and Schoenaerts - a homeless man who fights on the street for money.

With a May release in France looming close the first trailer has arrived online. Check it below.
Sign-In to Vote
Tweet 0 Submit