TIFF 2010: Behold The Marvel Of Paul Giamatti's Hair In The Trailer For Richard Lewis' BARNEY'S VERSION 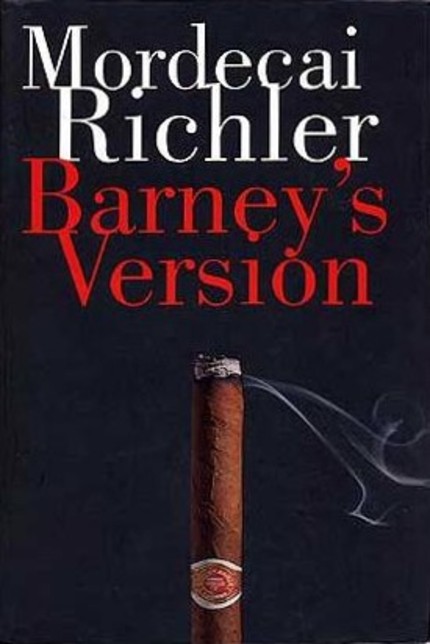 Does it make me un-Canadian to have never read anything by Mordecai Richler? If anything, I think it probably makes me MORE Canadian but I do feel a certain qualm at having missed out on the entire body of work from the Giller Prize winning author of Barney's Version. Happily, I will soon be able to see Richard Lewis' film version and do what all good high school students do: Fake it. Here's how Amazon describes the book:

Barney Panofsky smokes too many cigars, drinks too much whiskey, and is obsessed with two things: the Montreal Canadiens hockey team and his ex-wife Miriam. An acquaintance from his youthful years in Paris, Terry McIver, is about to publish his autobiography. In its pages he accuses Barney of an assortment of sins, including murder. It's time, Barney decides, to present the world with his own version of events. Barney's Version is his memoir, a rambling, digressive rant, full of revisions and factual errors (corrected in footnotes written by his son) and enough insults for everyone, particularly vegetarians and Quebec separatists.

But Barney does get around to telling his life story, a desperately funny but sad series of bungled relationships. His first wife, an artist and poet, commits suicide and becomes--à la Sylvia Plath--a feminist icon, and Barney is widely reviled for goading her toward death, if not actually murdering her. He marries the second Mrs. Panofsky, whom he calls a "Jewish-Canadian Princess," as an antidote to the first; it turns out to be a horrible mistake. The third, "Miriam, my heart's desire," is quite possibly his soul mate, but Barney botches this one, too. It's painful to watch him ruin everything, and even more painful to bear witness to his deteriorating memory. The mystery at the heart of Barney's story--did he or did he not kill his friend Boogie?--provides enough forward momentum to propel the reader through endless digressions, all three wives, and every one of Barney's nearly heartbreaking episodes of forgetfulness. Barney's Version, winner of Canada's 1997 Giller Prize, is Richler's 10th novel, and a dense, energetic, and ultimately poignant read.

With the film arriving soon you can check out the trailer for the film - starring Paul Giamatti, Scott Speedman, Dustin Hoffman and Minnie Driver - below.