Friday One Sheet: SWIMMING OUT TILL THE SEA TURNS BLUE 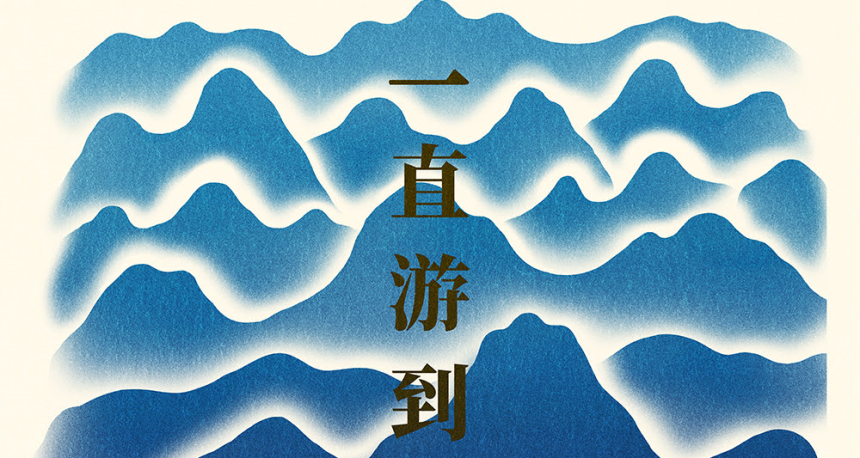 This minimalist key art for Jia Zhang-Ke's latest documentary on Chinese culture, Swimming Out Till The Sea Turns Blue, has almost a screen-printed look and feel to it.  Although it may look to be a prosaic respresntation of the lengthy title of the film, with beige sandy hills giving way to deep azure waves, I do believe it is actually a representation of one of the earlier festival posters of the film from Berlinale 2020, which was a wall of blue mountains.

From Dustin Chang's review of the film in these pages, when it played NYFF, "The title of the film is from Yu Hua [one of the literary figures covered in the documentary], as he reminisces about his childhood. The sea is supposed to be blue in his school textbooks, but the sea near his house has always been yellow." So, perhaps this poster design is an upsetting of assumptions, as well.

Vertical Han characters give the lengthy, poetic title, with the English forming a kind of cross. And look, it is our old friend Hoefler (See the Werewolves Within poster from last week) making another appearance in the typesetting here.  As an aside, I wonder if the translator has a taste for puns, with formal English of Until being shorted to the nautical leaning 'Till.'

The sandy matting of the poster (and the space between the waves), give further feel of a beach, and the credit block at the bottom is not too distracting from the overall picture, a crawl of people at the base, perhaps, or a threshold to a woods.  Maybe I am stretching here, but this poster is a kind of reverie, a daydream, and seems to provide the space to do so. 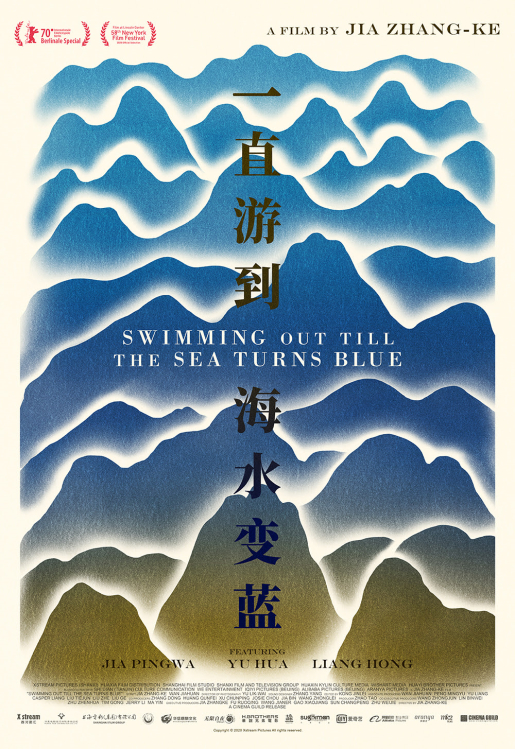 More about Swimming Out Till the Sea Turns Blue