Review: SWIMMING OUT TILL THE SEA TURNS BLUE, Lamentation in Love

Director Jia Zhangke's documentary tells the story of changing times, migration and coming home. And his love for literature. 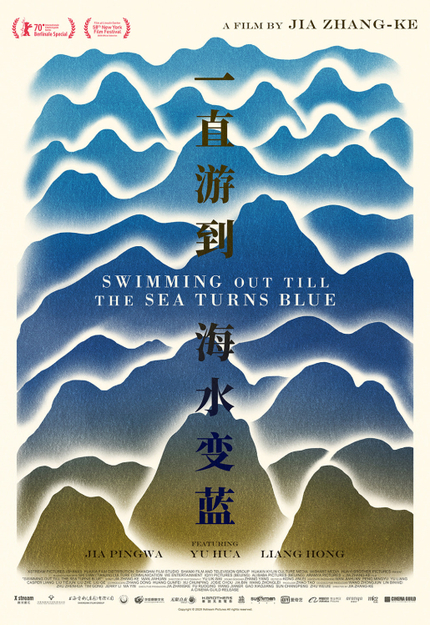 The film lays out four writers and their works chronologically. Sometimes in lengthy interviews, sometimes by other people reciting samples of their writings in various places, Jia highlights their individual stories.

It starts from the beginning of the People's Republic, encompassing land and marriage reform, the wars, and the Cultural Revolution, as well as the recent economic prosperity. But instead of going through historical events, Jia opts for anecdotal storytelling by his subjects and the people around them. Going micro and personal instead of expansive and historical, he achieves something far more intimate and engaging.

Jia starts the film by visiting his hometown Fenyang in Shanxi province. This is the region where the famous writer Ma Feng is from. He interviews the town elders, who have been living in the region all their lives. They remember the deceased writer from the war against Japan and Russia and the Cultural Revolution. We get a glimpse of tumultuous Chinese history in rural areas through these interviews. As Chairman Mao's many initiatives, including marriage reform, were implemented, the fabric of society changed dramatically. Ma Feng's writing reflected this.

Jia Pingwa, born in the 1950s and from Shangluo, recounts his past: how his father's association with KMT was hard on his family and him getting a job. He tells how his good handwriting started his career, and how he was able to move to the cultural bureau from doing physical labor. 'Returning to the place you grew up in, even though you are educated somewhere else' is the running theme with all four writers' life trajectories. It's something in the land where they grew up, which Jia Pingwa describes as 'blood land.'

Then there's Yu Hua, born in the 60s in Haiyan, near the Yellow Sea. His anecdotal stories of trying to be a writer are often hilarious. He mastered his writing by reading handed-down books (banned during the Cultural Revolution) that were missing the front and back covers and often missing the end part of the book as well, so he had to imagine the endings himself.

Growing up in a rural community, he wanted to be somebody. After countless rejection letters, his writing finally caught the eye of a big-time editor in Beijing. One of his books was To Live, which was adapted for the screen by Zhang Yimou in the 90s.

Liang Hong, born in the 70s, is a writer and professor. Growing up in a big household in Liangzhuang, a small village in Henan province, she had to endure her mother's illness, her village people's prejudices (her father remarried after mother's death), and crippling poverty. Her work became synonymous with a case study for China's rural villages and migrant workers. In corresponding chapters (like a book, 18 chapters total), we get to hear about and from her family members, including her 14-year-old son.

The title of the film is from Yu Hua's phrase, as he reminisces about his childhood. The sea is supposed to be blue in his school textbooks, but the sea near his house has always been yellow.

As always with his films, Jia tells the story of changing times, migration and coming home. Added here is his love for literature. It's a big plus that all writers he features are gifted storytellers as much as he is. As an avid reader who is very concerned about the younger generation that may only be capable of fragmented thoughts growing up with Twitter and Weibo, Swimming Out Till the Sea Turns Blue is not only a lamentation of the disappearing past but also an effective reading initiative campaign.

Review originally published during the New York Film Festival in October 2020. The film will open in select U.S. theaters on May 28, via Cinema Guild.

More about Swimming Out Till the Sea Turns Blue