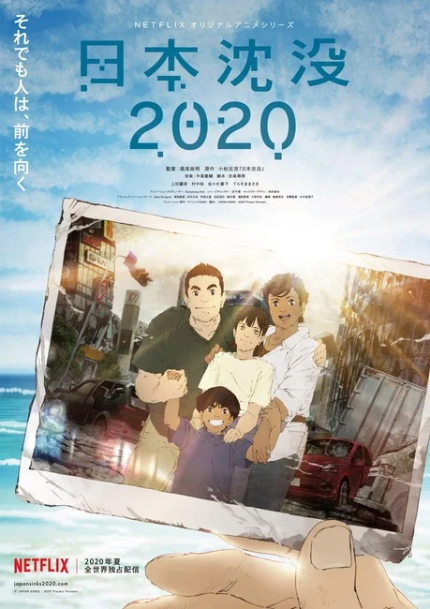 Who needs one more disaster-themed piece of entertainment? A better question: who needs a disaster anime series from director Yuasa Masaaki?

The official description is concise: "An ordinary family is put to the test as a series of massive earthquakes throws the Japanese archipelago into total mayhem."

This year started on a bright note with the debut of the terrific and zesty Keep Your Hands Off Eizouken! anime series from Yuasa Masaaki - considered here -- followed by the release of his terrific and moving Ride Your Wave gaining a wider release worldwide. July, of course, marks the beginning of another anime season, so the promise of this series, from the creative force behind Lu Over the Wall, The Night Is Short, Walk On Girl, Kick-Heart, Genius Party, Mind Game ... well, it makes me want to keep paying for my Netflix subscription, is what I'm trying to say.

Behold the trailer below. The 10-episode series will debut on July 9.