Ard Vijn
Editor, Europe; Rotterdam, The Netherlands (@ardvark23)
2
Sign-In to Vote
Tweet 0 Submit
Over the past decades, the animators at Studio 4˚C have been cultivating a reputation for releasing anime which is often edgy, arty, and risky. Ten years ago, the Studio facilitated "Project Genius", an anthology of short anime films by a wide selection of the industry's talents, encouraging them to go wild with their ideas and fantasies. Originally meant to be one film, the output turned out to be copious and brilliant enough to create two anthology films, so in 2007 we got Genius Party, and a year later Genius Party Beyond.

The films both traveled film festivals worldwide and got an English-friendly DVD release courtesy of Australian company Siren Visual, which was great, but for years I've been hoping someone would pick up these films for a Blu-ray release. And now someone has done exactly that: Scottish distributor Anime Limited (yep, them again) has released a boxset containing the two films, in a Limited Edition of only 1000 copies.

It's hardly the most gaudy of releases; you basically get the discs and a book. But sometimes that is enough, especially when the book is THIS good!
So I still made a gallery of shots. Click on the edge of the pictures to scroll through them, or at the center of each to see a bigger version. 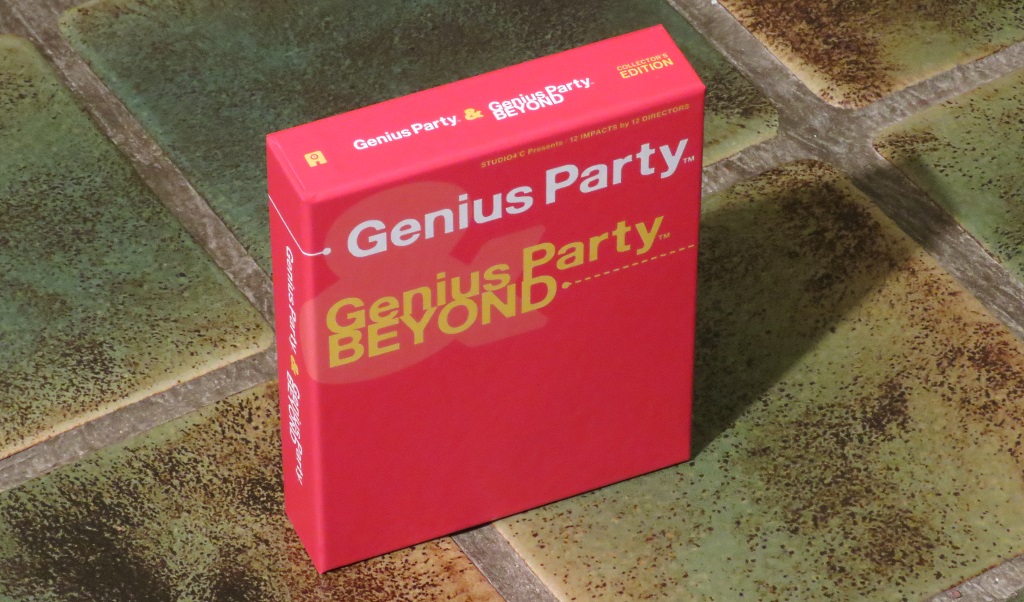 Here it is: a simple, sturdy, hard cardboard box. 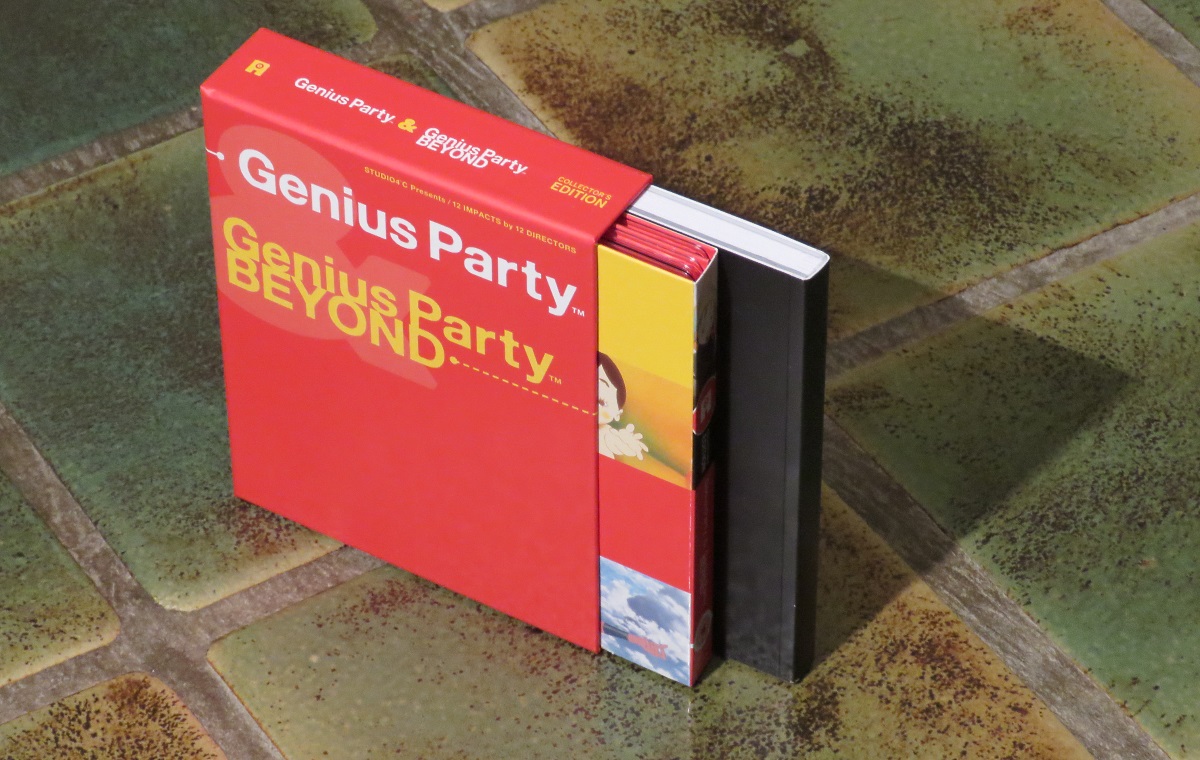 In it are a digipak and a book. 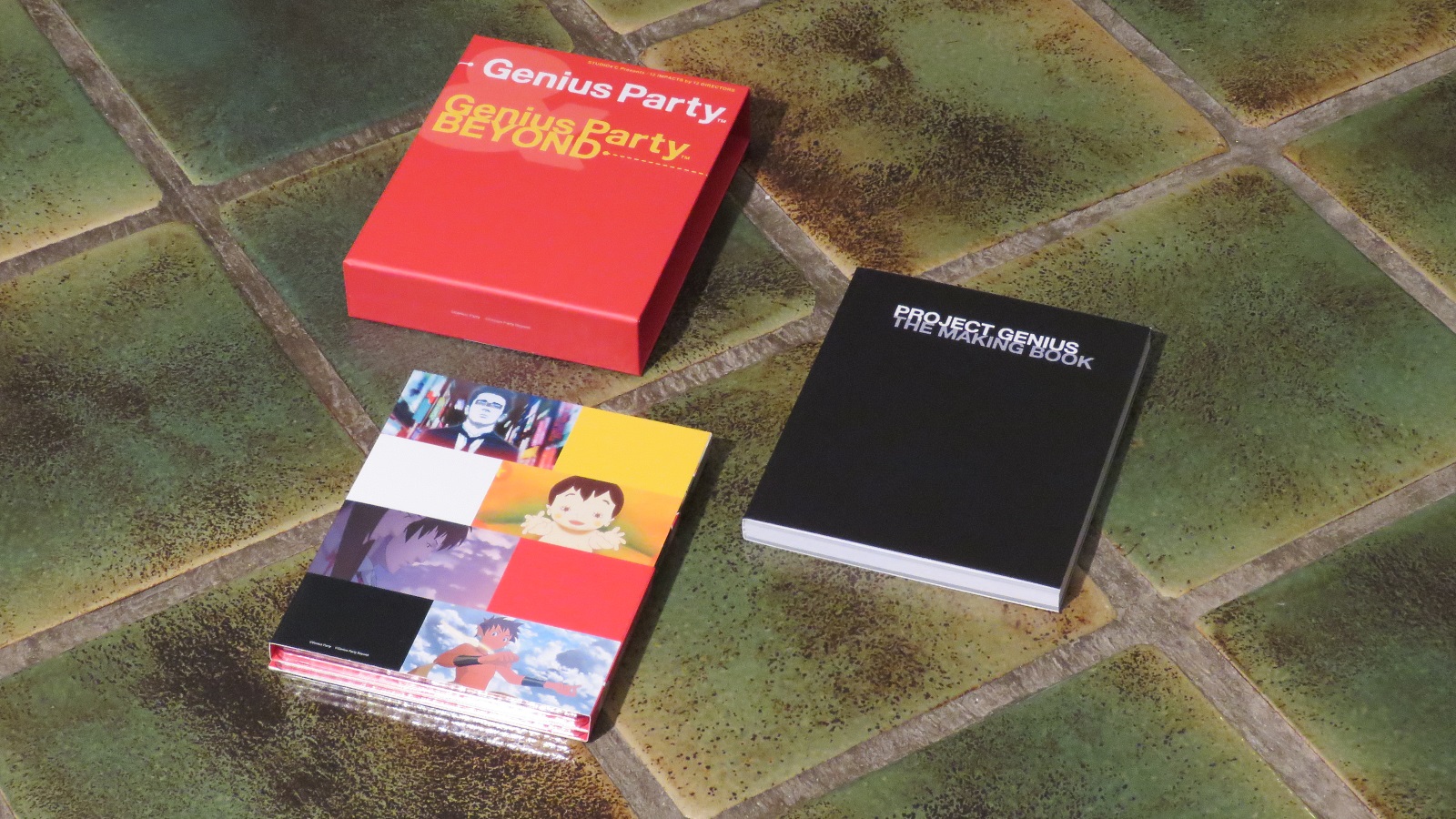 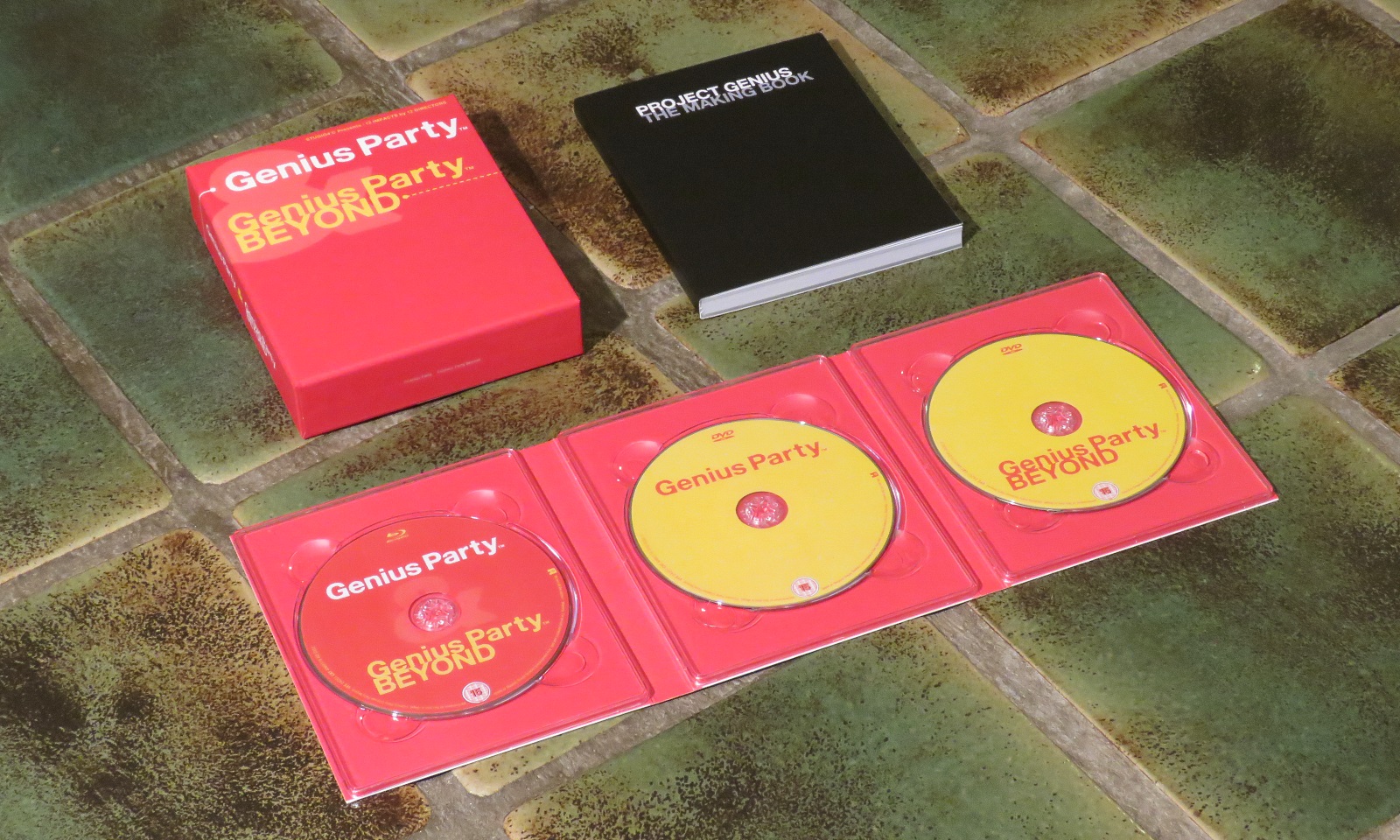 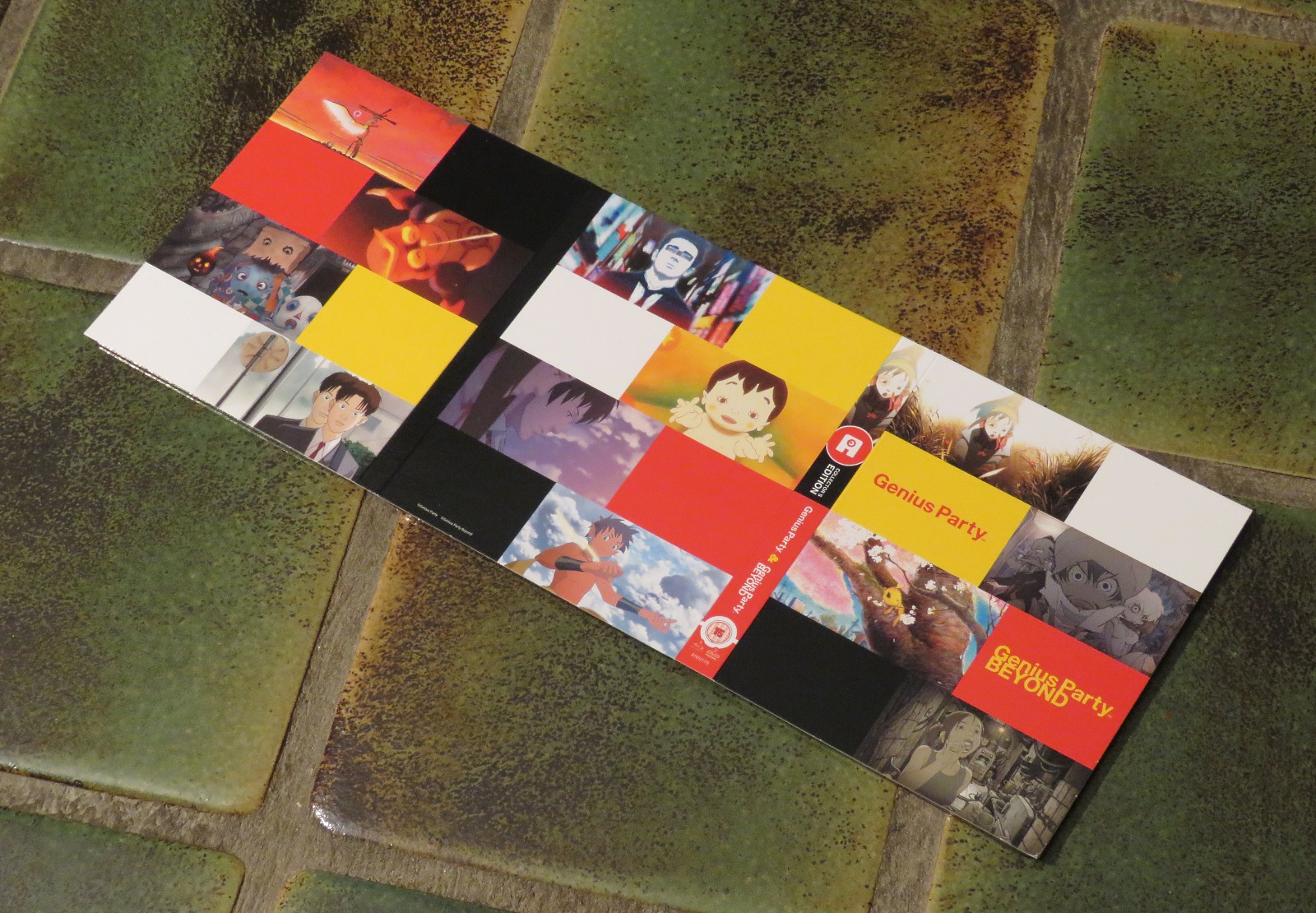 The outside of the digipak, richly decorated with snippets of the 12 chapters. Nice! 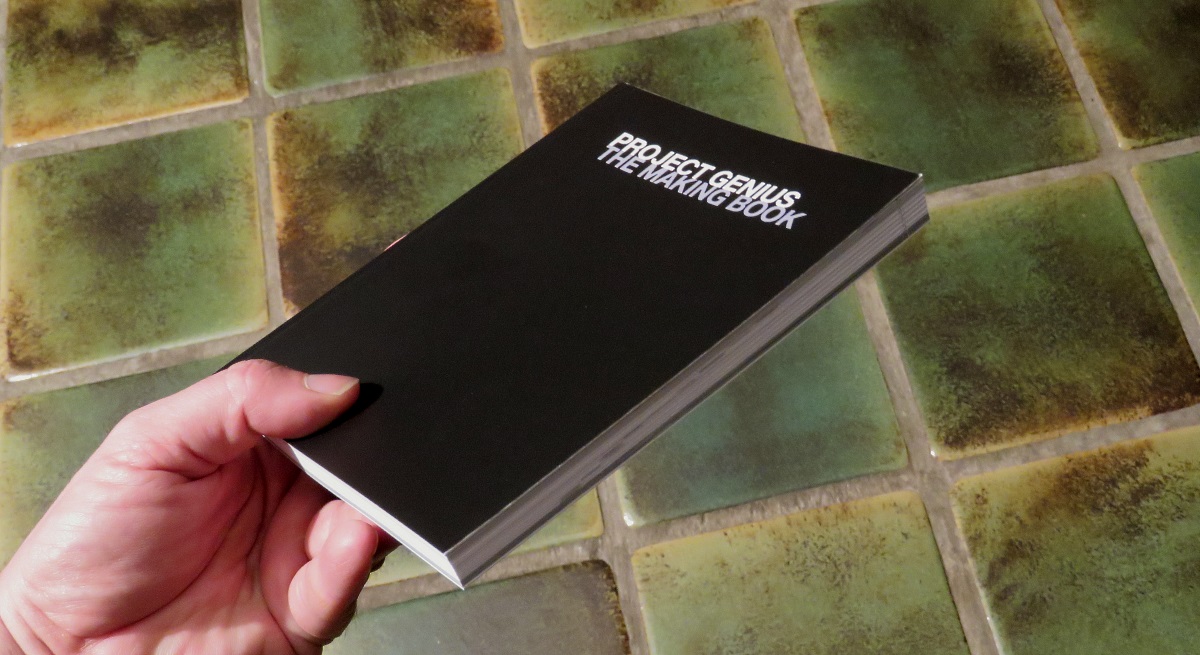 The booklet. Well, at 144 pages you can call this a book. 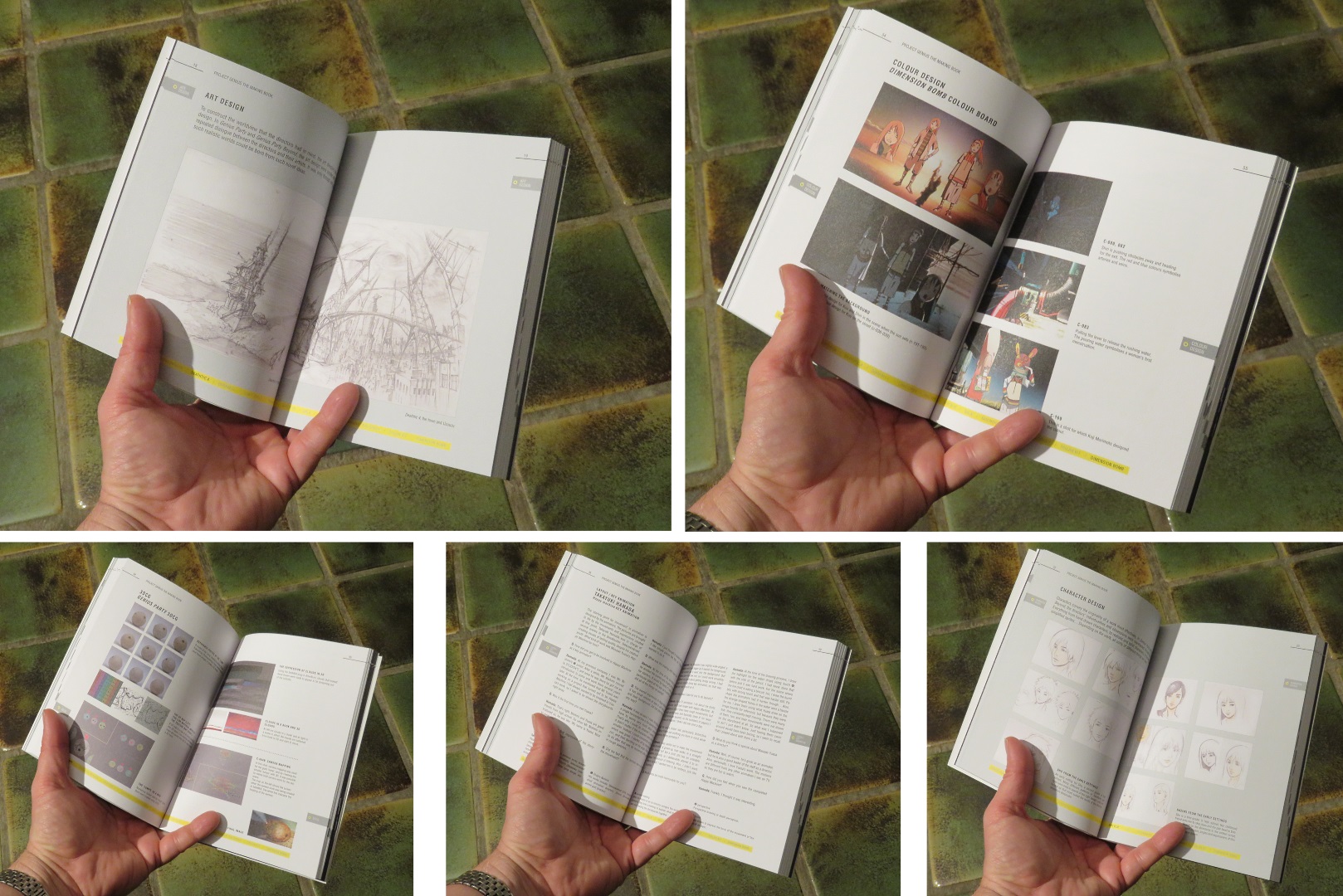 This book is basically the reason I've put up this "Pretty Packaging" article, for it is brilliant! You get extensive information about all episodes, interviews, designs, backgrounds... several stages of the animation process are explained, using specific chapters as examples. This is great stuff, especially for anyone with an interest in animation. 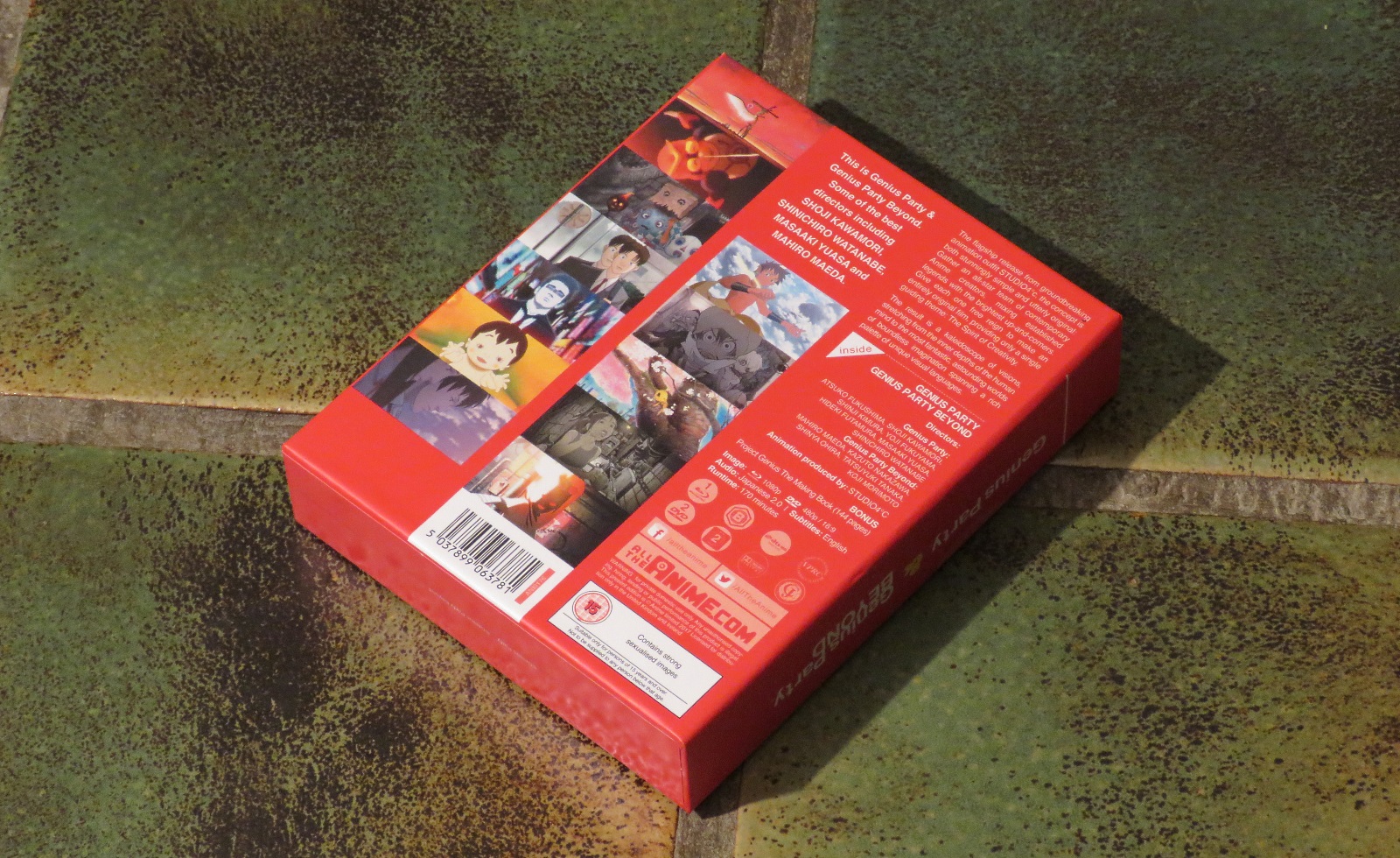 The (back)end of a great release. Two of my favorite anthology films in one swell package!

More about Genius Party: Beyond