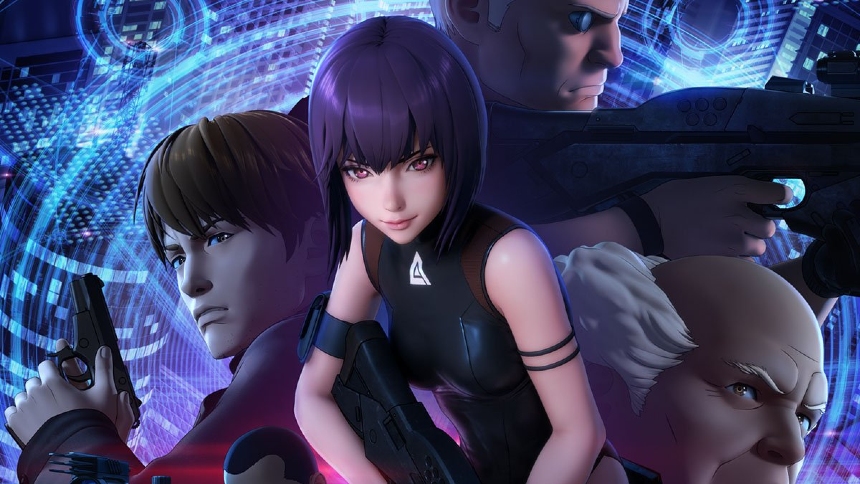 Ghost in the Shell: SAC_2045
Now streaming on Netflix.

A captivating series that is filled with action and intrigue, Ghost in the Shell: SAC - 2045 is especially appealing for those of us who love science-fiction. And action without too much blood and guts. And just a little comic relief. And a good dose of mystery.

As reported on by our own Ard Vijn, who is much more fluent in anime than your humble managing editor, the series comes from Production I.G., "the studio which made Oshii Mamoru's 1995 original Ghost in the Shell film, his sequel Innocence, and the two Ghost in the Shell: Stand-Alone Complex television series."

Mr. Vijn also noted: "The two co-directors are named though: Kamiyama Kenji and Aramaki Shinji, and these are two well-known veterans.

"Kamiyama Kenji was the writer/director of Ghost in the Shell: Stand-Alone Complex and the magnificent Eden of the East series and films. Aramaki Shinji is a technical designer, who as a director is primarily known for the CGI Appleseed films, the Space Pirate Captain Harlock film and the Appleseed XIII series."

The new series, which dropped on Netflix this past weekend, is presented in the 3DCG animation style, which, as I noted last fall about the first trailer, made me very apprehensive. Indeed, my apprehensions continued as I sampled the first episode and found the action far too reminiscent of video-game cut-scenes for my comfort.

Even before the first episode concluded, however, I was intrigued by the mysteries that were hinted at, and then as I continued watching, the story became more compelling, leading me to schedule (and anticipate) further viewing of the series in three-episode batches throughout the day.

Nowadays, it's a rare thing for me to be sufficiently drawn in by a streaming series to want to know what happens next. Kusanagi Motsuko remains the headlining character, but her fellow Section 9 mercenaries Batou and Togusa are even more fascinating. The excellent, basically stand-alone, episode 7, for example, revolves around Batou as he visits a bank and is caught up in a bank robbery; it's practically an entire movie in itself.

Naturally, reaction to the series will depend on the expectations of a very large fan-base throughout the world, so I can only offer my very positive impressions as a neophyte who is not well-versed in Ghost in the Shell at all, save for the original movie and the remake.

I loved it, increasingly so as the series progressed. I've seen all 12 episodes of the first season, and can't wait for the 12 more episodes that are promised for the second season.

Do you feel this content is inappropriate or infringes upon your rights? Click here to report it, or see our DMCA policy.
animeAramaki ShinjiJapanKamiyama KenjiNetflixProduction IG

More about Ghost In The Shell: Innocence