New Trailer For The Theatrical Release Of GHOST IN THE SHELL SAC: SOLID STATE SOCIETY 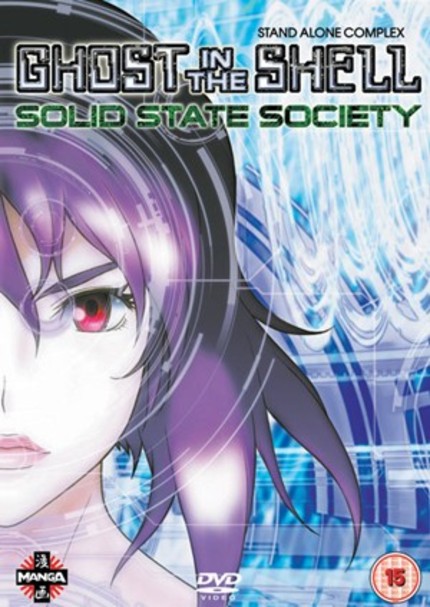 Originally conceived as a feature length video release to conclude the Ghost In The Shell: Stand Alone Complex saga, Kenji Kamiyama's Solid State Society proved successful enough that it has been retrofitted in 3D and will soon be released theatrically in Japan. Which means, of course, a new trailer.

For those unfamiliar with Ghost In The Shell, let me say this. It deserves its reputation as one of the great scifi titles of all time with all of the different incarnations standing up beautifully. The series follows a squad of police who investigate cyber-crimes which would be a boring job now but when you live in the world where humanity has become heavily modified and augmented with technology, hackers have access to the consciousness. And that simple fact allows the show to strike a balance between heady philosophical issues and straight out action. If you're a neophyte I'd recommend starting with Mamoru Oshii's original feature then jump into the Stand Alone Complex television series before wrapping things up with Oshii's second feature, Innocence.

Check the trailer out below. If nothing else this makes me very nostalgic for the days when Production IG consistently turned out stuff that I desperately wanted to see. This was pretty much the end of that era.
Tweet Post Submit

Destroy All Mentorships Preps the Future of Horror