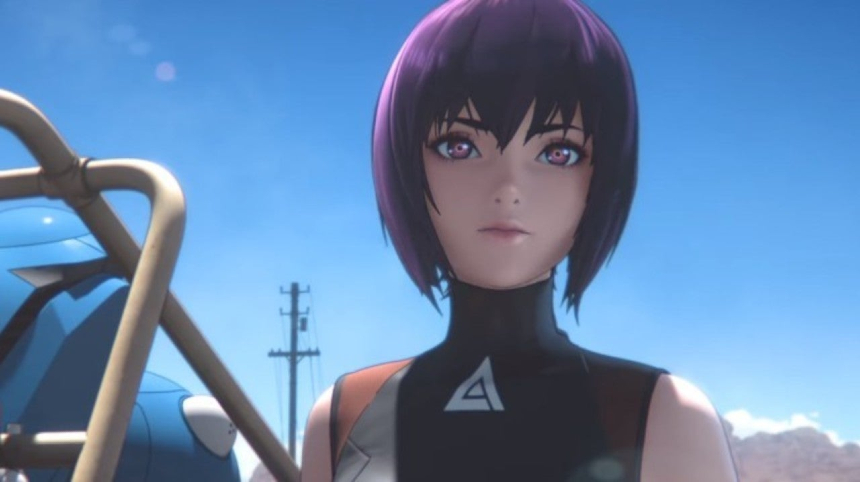 In their continuing inroads into anime, Netflix is following a fairly narrow path.

The shows they have chosen to introduce worldwide so far tend to be action-heavy series with big concepts. That makes sense from a certain perspective, especially for those of us who are subscribers. Netflix unleashes such a huge bucket of "content" every week that it's difficult to track.

Really, it's impossible for one individual to sample everything that the streaming service makes available, which is why I mostly limit myself to genre films and TV series, including both live-action and animated. Netflix makes it easy today, since they have released trailers for four upcoming anime series. Here are quick impressions on each.

Ghost in the Shell: SAC_2045
Will begin streaming on Netflix in 2020, date to be announced later.

I think that this adaptation will draw a huge audience to sample, with binging dependent on first impressions of the first episode. For now, we just have a tiny teaser, which makes me very apprehensive about the animation style that's been chosen. I very much hope that doesn't become an issue when the series premieres next year.

Thousands of years in the future, only robots survive, until a human girl is born. What is her destiny? I love the premise and the animation in the trailer, which looks warm and inviting. It's a very open avenue, at least in the trailer, and I can't wait to see where it might go.

Levius
Will begin streaming on Netflix on November 28.

The imaginary world of Mecha Boxing, marrying technology to the brutal world of interpersonal conflict and championship sports, gives the show a different flavor than past series that focused exclusively on the matches themselves. The tone in the trailer is less bloody and punchy, more thoughtful.

The Disastrous Life of Saiki K.: Reawakened
Will begin streaming on Netflix on December 30.

A comedy about a high-school kid with psychic abilities, the first anime series adaptation of the manga ran from 2016-2018. In the past, I've sampled two episodes and really enjoyed them, so I anticipate similar light fun when the new, self-aware series debuts, just in time to binge all six episodes over the New Year's holiday.

Do you feel this content is inappropriate or infringes upon your rights? Click here to report it, or see our DMCA policy.
animeEdenGhost in the ShellJapanLeviusNetflixThe Disastrous Life of Saiki K