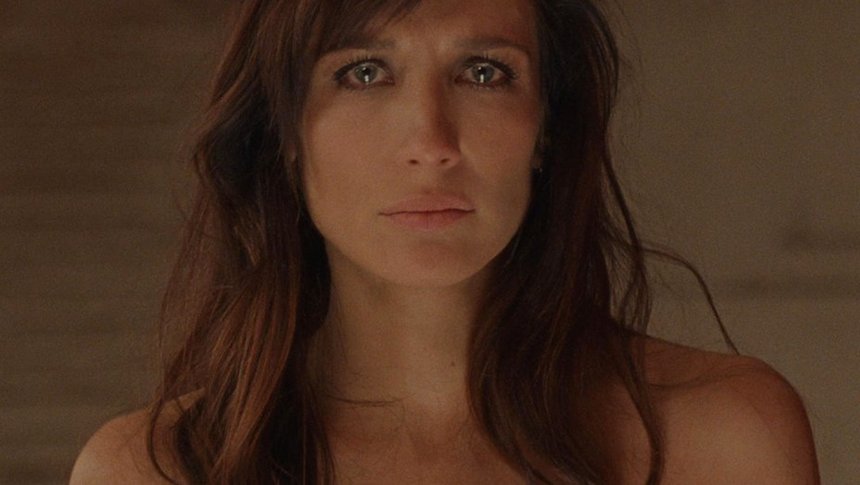 What's new this week in the many lands of streaming:

As Shudder continues to expand their slate, they also expand what type of films they offer, far beyond any previous expectations. Most Beautiful Island is a most welcome addition to the streaming service.

Written and directed by Ana Asensio, who also stars in the lead role as Luciana, I was not quite prepared for the tension that soon develops. Luciana has left behind a tragic event in her homeland and moved to New York City. Without much of a support system, she struggles for work and is appreciative when her friend Olga (Natasha Romanova) offers her one night of well-compensated, if unspecific, work of some kind.

All Luciana knows is that she's expected to show up, dressed in evening wear, to a location in Chinatown. It's the end of a long and frustrating day, and she is in no way ready for the night will bring.

Neither are we, the audience. The film reminded me of Ben Wheatley's Kill List, in that we expect one kind of story and then find ourselves trapped in far more diabolical circumstances that feel inexorable and unavoidable.

I can relate to this mood entirely: I always feel the most tension when I don't know what to expect and worry that I will not be able to handle whatever comes up. Asensio gently guides the film from a lo-fi experience to one of serious high anxiety; my belly began to clench and then there was no letting go.

Summing up: I will say no more, except that the film should be watched. Also, beware your knuckles, which may crack before the running time concludes.

P.S. Check out a very good and thorough interview with Ana Asensio, conducted by our own Michele "Izzy" Galgana during Fantasia in 2017.

Based on a true story,Gentleman Jack follows Anne Lister, an unconventional woman in a very straitlaced time. Her passionate love for other women has become discreetly widespread among those upper-class people who are 'in the know,' and when her father becomes ill, she takes on the challenging task of collecting rent on the many properties he owns. But she has greater goals for herself, as well as ambitious plans for the estate when she inherits the very valuable property.

Though it's a period drama that takes place in 1832, a few years after the tumultuous events in Mike Leigh's Peterloo -- my review here -- Gentleman Jack appears to be laser focused on its lead character, who isn't much concerned about those who are not landed gentry. Instead, she prioritizes a longterm romance with an unlikely lady partner and plots deviously with considerable stylish abandon.

Summing up: With an emphasis on the characters and barely any action, the series will appeal more to those who have never boarded the Game of Thrones wagon. It airs on Monday night on HBO, and is available on their streaming services HBO Now (for non-cable subscribers) and HBO Go (for cable subscribers).

Perhaps because I was already older than the target teen audience when John G. Avildsen's The Karate Kid hit the big screen in 1984, I never became a huge fan of what I viewed as a sports underdog retread of Rocky (1976). But I knew plenty of people who loved the original and mostly dug the sequels -- yup, all three. I kinda enjoyed the 2010 remake -- our own Todd Brown wrote a little something about it right here -- yet I had no great enthusiasm for the latest sequel.

The series acknowledges the three decades that have passed since the events of the original film, following Daniel LaRusso (Ralph Macchio), who found success as an automobile salesman, and his principal rival Johnny Lawrence (William Zabka), who never found success and nurses his old grudges.

Each season contains 10 episodes, each about 30 minutes long. New characters are introduced, the production is clearly working with a smaller budget, and the martial-arts fights are not exactly spectacular. It's ... fine, if you're already a big fan of the original films (one or all).

Summing up: The nostalgia factor is strong with this one, yet the story is probably enough to satisfy longtime fans of the principal characters. All 20 episodes are now available to watch via YouTube Premium (or on the streaming service YouTube TV); the first episode is currently available to watch for free.

Do you feel this content is inappropriate or infringes upon your rights? Click here to report it, or see our DMCA policy.
Ana AsensioCobra KaiGentleman JackHBOMost Beautiful IslandShudderYouTube

More about Most Beautiful Island