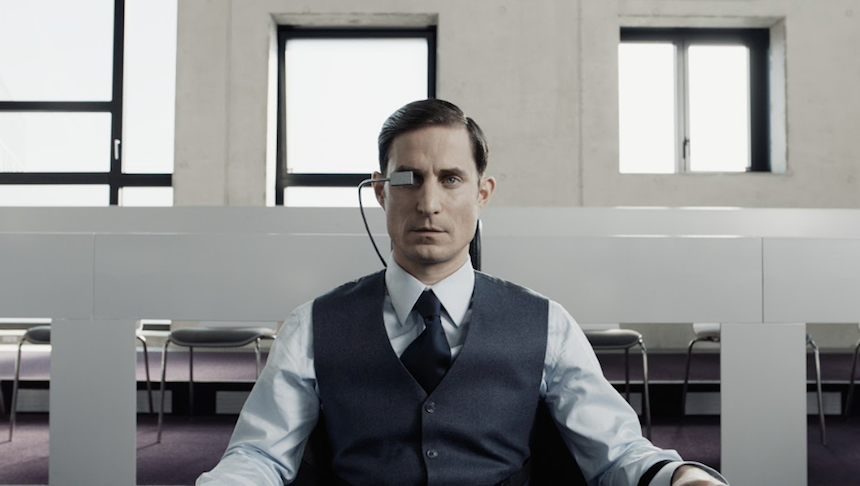 Boston Underground 2017 released their final demented wave yesterday, and the delights are many --- rejoice, weirdos! We'll have death insurance dealers, music pioneers, Hollywood dog groomers, undocumented immigrants, Irish charlans, American con artists, and of course, an array of shorts from all over the world. Trump would HATE IT!

Truly, a proclivity toward oddness isn't confined to one country.

There will even be a secret screening, a first for BUFF. What could it be? It's got a prime Friday night slot, so you know it's going to be good. There are tons of parties, too, because weirdos know how to have fun. And don't forget, if you want to order fest passes and swag, head over to the BUFF Kickstarter --- which is the only way to get passes (single tickets available at the Brattle Theatre).

Check out the official press release below:

Following up on last week’s feverish announcement, the Boston Underground Film Festival is proud to reveal the remainder of its eclectic 19th edition, taking place from March 22nd  through the 26th at the Brattle Theatre and Harvard Film Archive. BUFF’s already dynamic lineup is rounded out with even more intriguing films from around the world, including over 80 short films and music videos that promise to disturb, dazzle, and delight.
BUFF is honored and thrilled to be hosting the East Coast Premiere of hotly-anticipated doc A Life in Waves, an intimate portrait of one of the most influential electronic composers of the last 40 years, Suzanne Ciani. Documentarian duo (and BUFF alum) Brett Whitcomb and Bradford Thomason will be in attendance, along with the diva of the diode herself for a post-screening Q&A at the Harvard Film Archive. Fans of synth would be remiss to miss this! On the other end of the documentary spectrum is our New England Premiere of Dean Fleischer-Camp’s Fraud, an impossible to categorize hybrid-doc and bold experiment in filmmaking that explores the essence of “truth” in a post-truth era. Come and catch one of the most controversial films to take HotDocs by storm last year.
Lovers of all things dark and disturbing are advised to pencil in this quadruplet of narrative nightmares: A grieving mother and a bullying occultist (Steve Oram) face their demons in black magic thriller A Dark Song, from Irish, first-time director Liam Gavin. First time director, writer and star, Ana Asensio examines an undocumented immigrant’s day from hell in her gripping Most Beautiful Island, fresh from its World Premiere at SXSW. Valentin Hitz’s gorgeous and unnerving Hidden Reserves gives us a peek at the future-that-could-be (ponder this: death insurance) with his Austrian dystopian sci-fi masterpiece. And speaking of hidden, BUFF presents for the first time ever a Secret Screening; we can’t tell you what it is, but we can tell you that it’s one of the most highly anticipated genre titles coming out this year. Take the leap into the rabbit hole with your pals at BUFF and catch it before all your friends.
Lightening things up substantially is a triple threat of comedic treats: A group of awful idiots fail at throwing a party over and over in Slamdance smash Neighborhood Food Drive, with BUFF alum & director Jerzy Rose and writer Halle Butler in the house. Emerson College alum Michael Reich brings his surreal and sensational She’s Allergic to Cats to the Brattle; you’ll laugh, cry, and ponder duck boobs. Rounding things out is our anniversary screening of oft underappreciated Southland Tales, Richard Kelly’s gonzo anarchic vision of the near future (which may be closer to the near present), which we lift up and celebrate ten years later.
The festive environ would be incomplete without a set of accompanying parties: BUFF delivers in spades this year with our opening night, All Your Heroes Are Dead-themed shindig at Zuzu (hosted by Moon Button and all things vinyl). We’ll have a night of karaoke at Tasty Burger, themed Dystopioke (aren’t you curious), a late-night jaunt out to Boston Bowl for Big Lebowski-themed shenanigans (costumes highly encouraged, dudes), an incredible closing night happening at the Lilypad, hosted by our favorite merchants of awful, The Whore Church, and complete with synth soundscape provided by Dust Witch, Antoni Maiovvi, and Timothy Fife. And, of course, more! Save up your stamina because we work hard and play harder on team BUFF.

Do you feel this content is inappropriate or infringes upon your rights? Click here to report it, or see our DMCA policy.
A Dark SongA Life in WavesFraudHidden ReservesMost Beautiful Island

More about Most Beautiful Island